Memo to brands: Hispanics are ready for your love | Ad Age
Skip to main content

Memo to brands: Hispanics are ready for your love 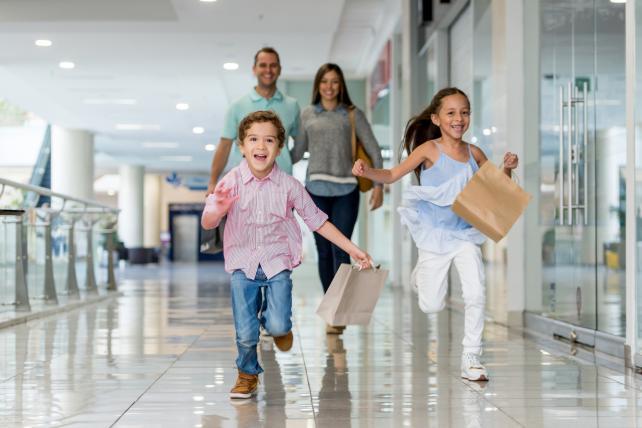 Hispanics are ready for your love. Brands that recognize Hispanics and play a positive role in their community will be rewarded. This is a key finding of the first annual Hispanic Sentiment Study conducted among 2,579 Latinx in the United States by the We Are All Human Foundation and Zeno Group.

I am a Latina who moved to America four years ago. As a marketer, I can't get around the enigma of Hispanics yet. So powerful, yet so weak. So much potential, yet so invisible. it makes no sense to me, which is why I commissioned research to try to understand the situation better. My key finding: Hispanics have not yet discovered their power, and they are unaware of their true potential.

So, here is my message for agencies and brands.

Hispanics overwhelmingly (82 percent) think that they should be valued more than they are today. This displeasure applies across the board, not just to the political sphere.

Hispanics by more than two to one (68 percent) feel their values are shared by other Americans. And those values are vital: family, work, education, and security for themselves and particularly for their children. They still believe in the American dream (69 percent), saying overwhelmingly that if you work hard you will get ahead (80 percent or greater across generations).

Yet, barely half (54 percent) say they see their values reflected by major brands, similar to the number for media and pop culture (55 percent).

Dear brands, take note. Show your love. Invest in us truly and it will pay off. Don't only be transactional, but engage in our well-being. Help us get training, education. Look at this data point: Hispanics say strongly that if a brand plays a "positive role" in their community they will be "more favorable" to that brand (84 percent) and "more likely to be a customer" (81 percent).

Two important trends are reinforcing each other. First, of course, is the demographic growth of Hispanics in the United States, currently 18 percent of the overall population. But you already know that. You also know that there is no possible growth in the future without the Hispanic market and other minority communities. Senior marketers at Fortune 500 companies expect from 11 percent to 25 percent of their growth in the next five years to be driven by Hispanic consumers, according to a study by Think with Google.

This demographic reality will be magnified by the second trend captured in our survey. Hispanics are just beginning to embrace their own strength and identity. The Hispanic Sentiment Study found that most Hispanics (77 percent) were unaware of, even surprised by, recent positive accomplishments in the Hispanic community. Did you know, for example, that the dropout rate for Hispanic high school students, once nearly 20 points higher than other groups, is now only a few points higher? Or that there are 11 Hispanic CEOs of Fortune 500 companies? Or that 86 percent of small business growth between 2007 and 2012 was driven by Hispanics according to Stanford Graduate School of Business researcher Remy Arteaga? That's a success story!

When we shared these stories with respondents in our survey their pride in being Hispanic increased. Just imagine the exponential growth of the community when they absorb and embrace their power.

Still, there is much work to be done. We are fragmented, underrepresented and misperceived. We have to stop thinking as 26 different nationalities and unite as one community. That single act will allow us to move from thinking small to thinking big. While there is a lot of focus on the differences ('I'm from Venezuela, different than the Mexican, not like the Cuban…' etc.) I am optimistic that it will not be an impossible hurdle. Ninety percent of the people surveyed said they wanted to belong to a distinct community.

I am taking a year off from my work at the United Nations to "act" as a CMO for the community. No one asked me, but hey, someone has to do it, and I cannot think of something more important and timely for me, my kids and the next generations than changing our own history now.

Brands that accompany us on our journey to unification and growth will have a gratifying ROI. Major brands can and should benefit from this by placing successful Hispanics and their stories in your messaging, marketing and advertising.

Here's an example. A recent campaign for America's Dairy Farmers featured chef Mario Lopez, talking about dairy products he loved and the importance of connecting around meals. That sure is a Hispanic family value. But Mario was not there as a Hispanic. He was there as an American, a family man and a star of the food industry.

The Hispanic community needs to see leaders like that, in all walks of life. As I said the other day when I visited Microsoft to celebrate Hispanic heritage month: "This is one of the things we should start doing more proudly, celebrating ourselves, celebrating Hispanics. The time to wake the sleeping giant and make it roar has arrived."

Brands have an opportunity to do well and do good. It is no secret that there are unfortunate conversations in our society that make Hispanics feel estranged and threatened. This country is better than that. The United States needs the drive and commitment of Hispanics.

It needs people like Jorge, whom I met in Ketchum, Idaho, this past summer. He started out years ago washing dishes, saving his money. Now he owns the Burger Grill restaurant that serves buffalo burgers and creates jobs. That IS the American Dream in action.

Jorge is one of the millions of Hispanics building a better country. Brand leaders should reach out with messages of respect and inclusion. Recognize Hispanics not only as consumers but as citizens, workers, leaders, parents, children, siblings and friends. Don't just lunge for our expanding wallets. Reach out for our hearts. This will be noticed – and rewarded.

Claudia Romo Edelman, former head of advocacy at Unicef, is the founder of the We Are All Human Foundation.

Claudia Romo Edelman
View all articles by this author