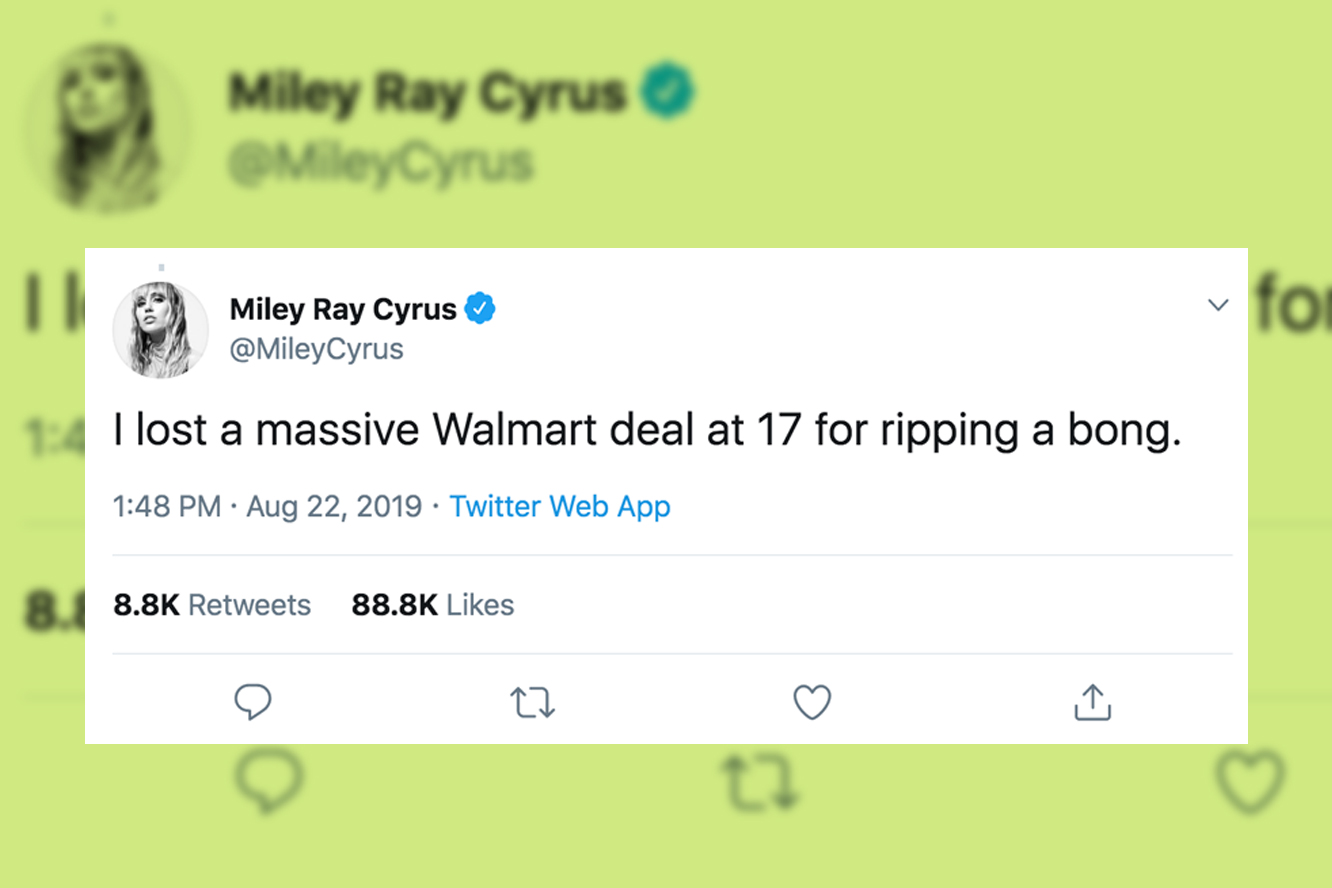 Miley Cyrus isn’t just dealing with a new ugly breakup with husband Liam Hemsworth, but also a less-publicized uncoupling with Walmart in her past.

The former Hannah Montana unveiled during a lengthy Twitter rant yesterday that “I lost a massive Walmart deal at 17 for ripping a bong.” She didn’t elaborate.

This news came in the context of her recounting many mistakes she’s made in life, including getting kicked off the production of the movie "Hotel Transylvania" for “buying Liam a penis cake and licking it.”

But she denied making the one mistake currently in celebrity gossip rounds – cheating on Hemsworth – whom she married six months ago after a 10-year relationship. Photos appearing to show her in public displays of affection while on an Italian vacation with Kaitlynn Carter, a star of “The Hills: New Beginnings,” surfaced earlier this month.

Cyrus’ relationship with Walmart didn’t last as long as the one with Hemsworth. She did appear at Walmart’s shareholder meeting in 2009, which dovetailed with launch of her Walmart-exclusive clothing line with Max Azria and a concert tour in which Walmart was the title sponsor.

The following year, video surfaced on TMZ of Cyrus smoking a bong, allegedly legal hallucinogenic salvia and not marijuana, though she’s also been public about her use and advocacy for weed. It’s not clear exactly when Walmart pulled the plug on Miley & Max, and Walmart spokespeople didn’t immediately respond to requests for comment.

Now-dead links to discontinued Miley & Max items still can be found on Google, with used items from the line available on Poshmark. 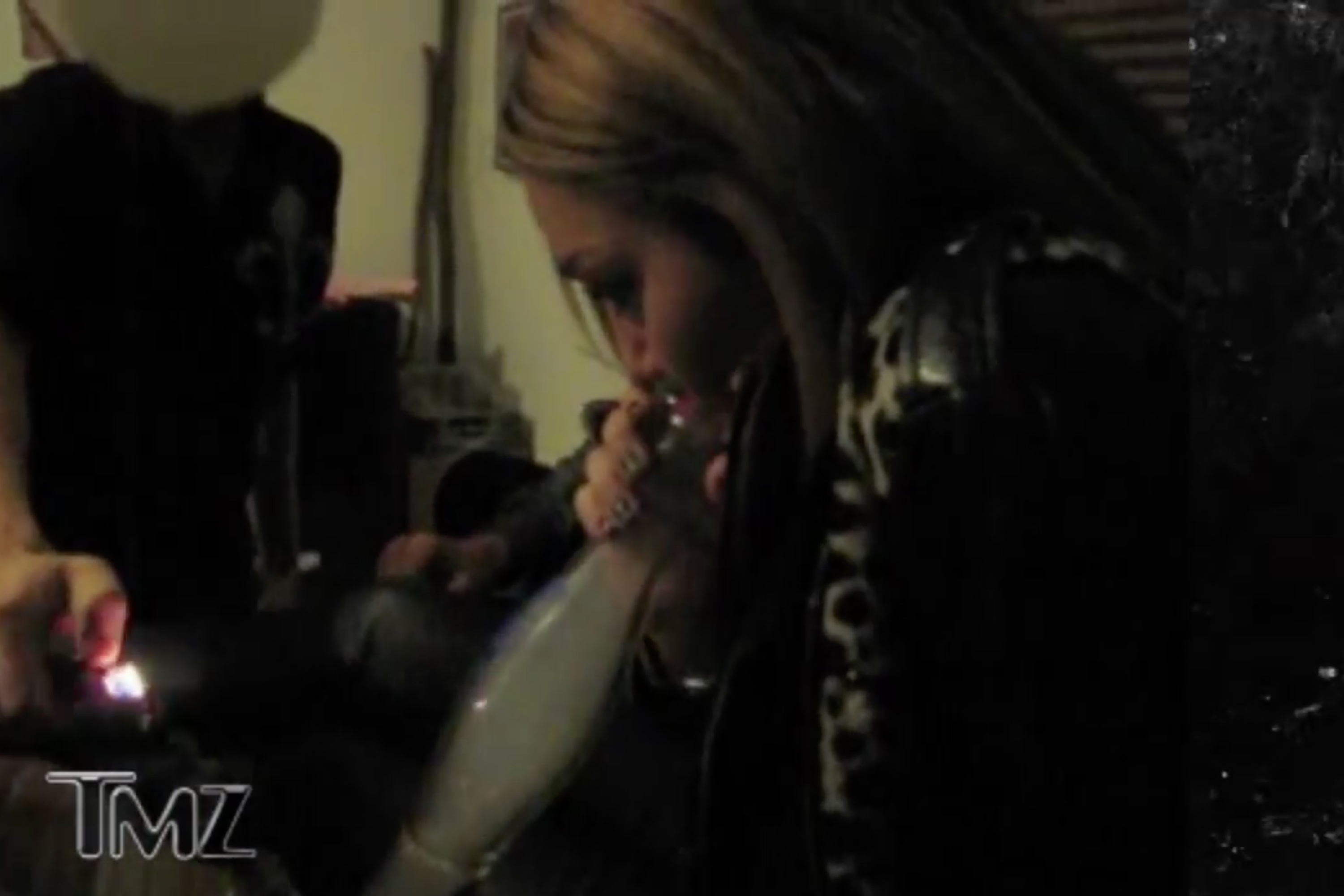