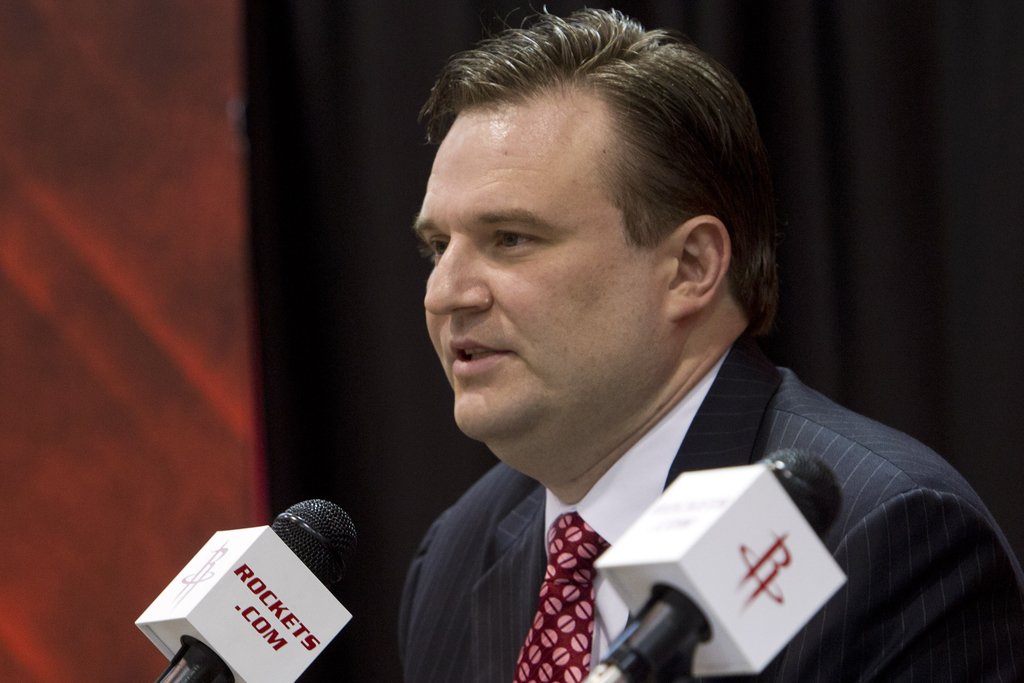 The NBA finds itself caught between two cultures, after a tweet about Hong Kong protests sparked criticism from China that threatens the U.S. basketball league’s expansion efforts in its most important international market.

The controversy erupted after Daryl Morey, general manager of the Houston Rockets, one of the most popular U.S. basketball teams in China, appeared to support Hong Kong demonstrators in a tweet late Friday. While the message was deleted and both Morey and the National Basketball Association tried to distance themselves from it, the damage reverberated across both China and the U.S.

For the Chinese, the incident is seen as the latest example of a Western organization challenging the nation’s sovereignty over its territory. In the U.S., meanwhile, the NBA’s response was met with scorching bipartisan criticism from politicians including Senator Ted Cruz. The situation puts the league at risk of either offending fans in its biggest international market, or exposing itself to charges of kowtowing to China at the expense of American values.

“Chinese Rockets fans are first Chinese. We love Chinese red more than Rockets red,” Kang Hui, an anchor for CCTV News Channel, said in a video on an official CCTV Weibo account. “Morey, this time you really fouled. If you foul, you have to pay the price.”

Coveted Position
At stake is a business that has been notching double-digit growth in China every year since 2008. The league has achieved the kind of success there that other international sports leagues covet. About 800 million Chinese watch NBA programming on TV, digital media or smartphones in a season, with top games attracting more viewers than in the U.S.

The NBA has a host of licensing and retail deals in China, including a $500 million pact with Tencent Holdings Ltd. and a 30-plus-years partnership with state-run broadcaster CCTV. Tencent has seen internet viewership of NBA games nearly triple over the past four years.

The controversy is raging as the NBA prepares for a series of exhibition games in the region. LeBron James and the Los Angeles Lakers head to China to take on the Brooklyn Nets on Thursday in Shanghai, then again on Saturday in Shenzhen. The Rockets will be in Japan, playing the Toronto Raptors on Tuesday and Thursday in Saitama, outside Tokyo.

Joe Tsai, a co-founder of Alibaba, this summer became the owner of the Nets. In an open letter on Facebook, Tsai attempted to explain China’s anger to Western audiences.

Tsai called the Hong Kong protests a separatist movement, saying support for such movements is a “third-rail” issue in China as its citizens stand united when it comes to the nation’s territorial integrity.

“I don’t know Daryl personally,” Tsai wrote of Morey. “I will take at face value his subsequent apology that he was not as well informed as he should have been. But the hurt that this incident has caused will take a long time to repair.”

The NBA is just the latest international business feeling the heat from the standoff between pro-democracy demonstrators and Hong Kong authorities that has escalated since June. From Starbucks Corp. to Cathay Pacific Airways Ltd., brands and companies are being targeted if they’re seen to be supporting either side in the dispute.

But the reaction to the NBA has been more intense as the world of sports gets dragged into the controversy. The NBA tried to limit the damage, saying in a statement that Morey’s comments were “regrettable.”

“We have great respect for the history and culture of China and hope that sports and the NBA can be used as a unifying force to bridge cultural divides and bring people together,” the NBA said.

In the Chinese version of the statement, it added a further comment: “We are deeply disappointed about Morey’s inappropriate comment and he undoubtedly has hurt Chinese fans’ feelings severely.”

Cautious Approach
The NBA’s response echoed the cautious approach other companies have been taking in an effort not to offend China, but it immediately generated protests from U.S. politicians.

Cruz, a Texas Republican and longtime Rockets fan, tweeted that the NBA “is shamefully retreating” and said he was “proud” to see Morey’s original comment. Both Democratic presidential candidates from Texas also blasted the NBA, with Beto O’Rourke calling the apology “an embarrassment” and Julian Castro saying the U.S. can’t allow American citizens “to be bullied by an authoritarian government.”

Tony Fratto, former White House deputy press secretary under George W. Bush and founder of Hamilton Place Strategies in Washington, tweeted that the NBA “crossed the line to stand with China and against American values.”

The issue is particularly sensitive for the Rockets because the team has worked hard to establish a loyal fan base in China.

The Rockets have more ties to China than most NBA teams. Yao Ming, arguably the greatest Chinese basketball player who now leads the Chinese Basketball Association, starred for the Rockets for many years and was the first Chinese player inducted into the NBA’s Hall of Fame.

The CBA, in a statement Sunday on its official microblog account, said the association is “strongly opposed” to Morey’s comment and will halt communications and cooperation with the club. It canceled four games with the NBA minor league scheduled for later this month.

Hu Xijin, editor-in-chief of the Global Times, a tabloid run by the People’s Daily, the Communist Party’s flagship newspaper, laid out the Rockets’ dilemma in a tweet: “Daryl Morey has the right to express his values, and Chinese fans of the Houston Rockets have the right to abandon this team,” he wrote.