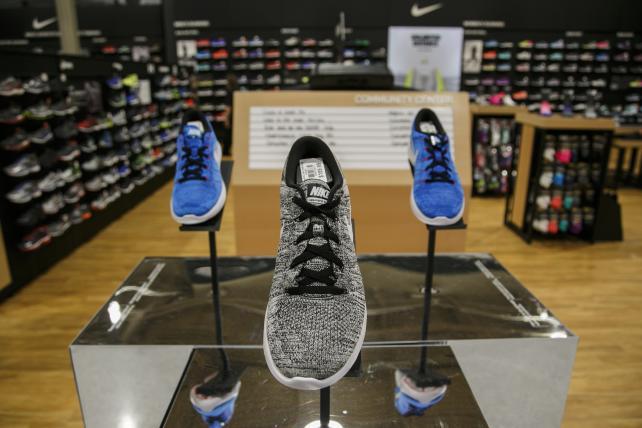 This weekend at a racetrack in Monza, Italy, three of the world's fastest athletes will put on Nike's new high-tech running shoes and try to finish a marathon in less than two hours -- the latest installment in the battle for runners' hearts and feet.

Nike calls the attempt to shave three minutes off the current world record a moonshot. The race will use pace runners and a hydration strategy that disqualifies it for a new record, but the company refutes the suggestion that it's a marketing stunt designed to showcase the new Zoom Vaporfly Elite more than the runners who wear the shoe.

"It's about changing the game -- attacking a barrier and unlocking human potential to break that barrier," Nike spokesman Brian Strong said. "We believe that once the sub-two-hour barrier is broken in any capacity, we will see official times fall."

Taking three minutes off the current record would be no small feat under any circumstances. The record time in the marathon has been dropping, but slowly -- the last three-minute improvement in the world record took 16 years. Irish oddsmaker Paddy Power puts the chances at about 28%; others think it's lower.

But Nike -- and rival Adidas -- both seem to think it's possible. Nike debuted the Breaking2 project in December, along with the Vaporfly. The runners will wear a highly customized version on Saturday. A retail version of the shoe will be available to the general public in June, for $250.

For its part, Adidas announced its "Sub2" program in February, attached to its own Adizero Sub2 shoe. The company hasn't said when its sponsored runners will try to set a new record, but its shoes will hit stores later this year.

The two companies are in an increasingly tight race for runners. Running is central to Nike, which was founded by legendary University of Oregon track coach Bill Bowerman and one of his athletes, Phil Knight. The sport is still its largest moneymaker at $5 billion in annual wholesale sales, but sales growth has been slowing, in running and across the board.

Meanwhile, Adidas -- traditionally a soccer company -- has found new success with its Boost running shoe. The company's revenue growth has averaged 15% over the past two years -- double Nike's rate.

Nike is also trying to find a new marketing strategy. Traditionally, Nike has spent lavishly on deals with the world's most popular athletes and on traditional print and television advertising. It's not clear how effective that is anymore, given the rise of social networks, technology that blocks online advertising, and the general explosion of media, said Max Lenderman, founder of marketing consultant School.

"Creating a spectacle or stunt like a world record can garner more attention, than if you paid for the attention," Lenderman said. So much of sports marketing nowadays looks the same -- "interchangeable athletes doing interchangeable things," he said -- it's hard to stand out.

Kenya's Eliud Kipchoge, Lelisa Desisa of Ethiopia and Eritrea's Zersenay Tadese will run for the record on the 1.49 mile (2.2 kilometer) asphalt loop at Autodromo Nazionale Monza outside Milan. Nike chose the site for its low elevation, minimal wind and an average temperature of 53 degrees Fahrenheit (12 Celsius).

The event will be closed to public, but will be shown online. Runners are scheduled to begin at 5:45 a.m. local time on Saturday, May 6, but the race may be pushed to Sunday or Monday, depending on conditions.