OnePlus: The Startup That Actually Convinced People To Smash Their iPhones 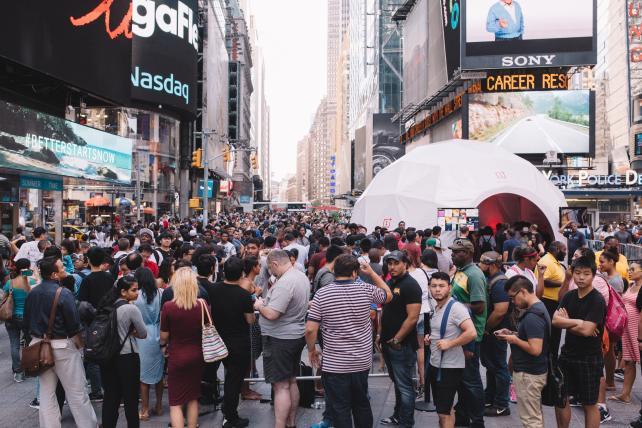 For a China-based company that released its first smartphone just last year with almost no marketing budget, OnePlus showed an undeniable flair for getting people's attention. Its very first campaign, "Smash the Past," sought 100 people prepared to destroy their high-end smartphones to win OnePlus' debut product.

And there were 140,000 applicants, according to the company, whose high-spec but affordable debut product won glowing reviews and became a favorite of gadget geeks. YouTube videos show one guy sacrificing his phone on a train track and another sawing his in half with a rotary tool. (The contest, which gave away 100 phones for $1 each, was controversial; in the end the brand also allowed people to donate their phones to charity instead.)

The company, whose biggest markets are the U.S. and India, sold 1.5 million OnePlus One phones. Now the Shenzhen-based company is releasing its followup, the OnePlus 2, which starts at a modest $329. It asked people to use Google cardboard viewers to view what it billed as the "world's first product launch in VR." And it hosted pop-up stands in nine cities globally, including a crowded one in New York's Times Square, to show the product off before it goes on sale.

"Normally people queue up for an Apple launch, but they queue up to buy a product," said Carl Pei, OnePlus co-founder and head of global. "For OnePlus you actually queue up to see the product." (This is a brand with a certain amount of swagger.) 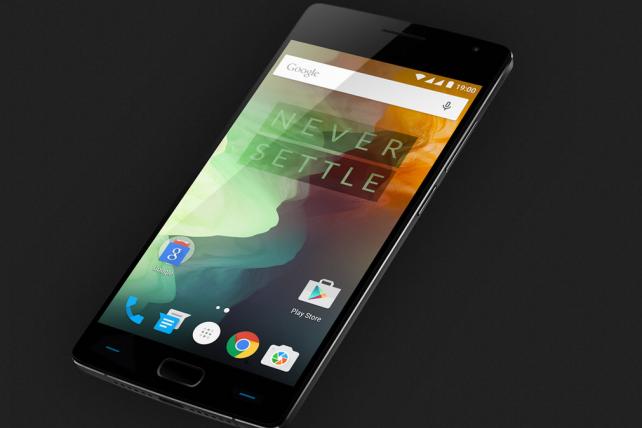 Mr. Pei, who grew up in Sweden and worked at Chinese smartphone brand Oppo before co-founding OnePlus, talked to Ad Age about why he doesn't consider the company a Chinese brand, why some people can't stand some of its marketing, and why that's OK. This interview has been edited and condensed.

Ad Age: Early stories about OnePlus talked about your marketing budget being in the hundreds of dollars. What's the size now?

Mr. Pei: I think this year it's going to be in the millions of dollars, maybe low millions. We will not spend money on traditional marketing, it has to be high impact. We'd rather not spend money over a long period of time and do something big instead of constantly burning cash.

Ad Age: OnePlus launched with an "invitation-only" system to buy phones. Why do that?

Mr. Pei: The invitation system wasn't because we wanted this to become a marketing thing, it's more of a risk control and operations thing … Imagine we had said 'first come first serve' – that would have been a really bad user experience if a million people came and we had only 1,000 phones.

Ad Age: What are you doing differently this time?

Mr. Pei: Last time in the first batch we only made 1,000 units, that was the main contention point where people got really annoyed. This time we are launching with 50,000 units, that's a 50 times increase in availability … (Editor's note: People can also make a reservation to secure an invite; as of Friday there were 2.6 million people on the list.)

Ad Age: Some people seem excited that you're an up-and-coming Chinese brand, but your marketing doesn't make much of that.

Mr. Pei: We don't necessarily see ourselves as a Chinese company … The way we see it is, geography is history. The internet has developed a phase where user habits around the world are more and more the same … We decided to go global from day one and launched in 17 countries, we launched with a global staff and had people from five different countries. Today we're active in 36 countries with staff all over the world.

Ad Age: In a blog post about your marketing, you wrote that "some of the stuff we put out there was quite polarizing." What in particular are you referring to? 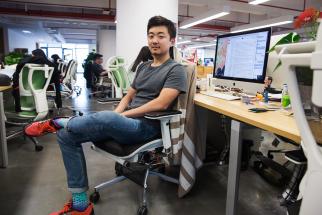 Mr. Pei: Even the VR launch, a bunch of people had some negative stuff to say. Although feedback was overwhelmingly positive, some people said it was a gimmick.

Something a lot of people remember from when we launched is the "Smash the Past" campaign … We wanted to show that people were willing to sacrifice a more expensive device to get this one. We got 140,000 entries in six days, so I guess it kind of proved the thesis.

It was quite controversial, we had people really like it, we also had people really hate it. Some people said it wasn't enviromentally friendly, that there's a lot of materials in phones you cannot just throw away when people in the world are starving. The lesson learned is that sometimes it's OK to be a little polarizing. You're never able to satisfy everyone.

Ad Age: I was also thinking of the "Ladies First" campaign (which asked women to draw the OnePlus logo on their body and post a picture online, a concept many found degrading.) Would you do it again?

Mr. Pei: We deleted the entire thing after four hours. We wouldn't do it again. The original idea was not what it became. We wanted to find a way of involving more women in tech, that was kind of the brief. But during that time a lot of staff was not in the office, people were on vacation or traveling for business, and we didn't have time to approve it. As soon as we saw it we removed it.

Ad Age: Just recently, during the virtual reality product launch, you said, "It wouldn't make sense to stand on a stage and talk down to you guys. That's the old way of doing things." Did you have anyone in particular in mind when you said that?

Mr. Pei: Not really, that's how everyone does it – they have an event and someone stands on stage and talks. We could have done it but our users are not in one place, they're very scattered all around the world. We planned to do an event in San Francisco, but in our gut it didn't feel right. So we came up with this idea instead.