Pepsi Café will hit stores in April, with nearly double the caffeine as regular Pepsi cola
READ THIS NEXT
The Week Ahead: Kellogg, Kraft Heinz and Under Armour give business updates 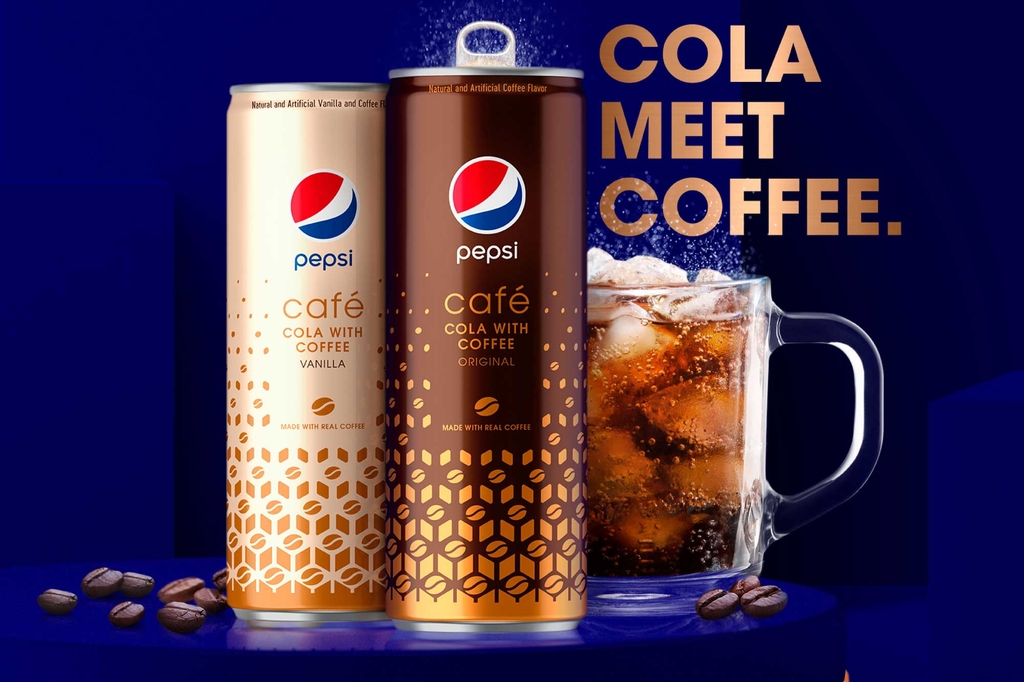 Pepsi is trying to perk up its soda sales with a new product that blends Pepsi cola with coffee. The offering, branded Pepsi Café, includes roasted Arabica coffee and has nearly twice the caffeine as regular Pepsi cola.

The drink, which hits stores in April, comes in two varieties: original and vanilla. It will be distributed nationally, but PepsiCo has not finalized advertising plans.

“We know that the consumers today are looking for products that meet the needs of energy, indulgence, and refreshment during that afternoon pick-me-up occasion. At Pepsi, we’ve known the potential of blending cola and coffee for years and after striking the perfect balance, we cannot wait to introduce Pepsi Café to the US next year,” Todd Kaplan, VP of marketing for Pepsi, said in a press release.

Pepsi Café continues a trend of blurring boundaries in the beverage industry. Alcohol marketers, for instance, have seized on the sparkling water craze with hard seltzers, while non-alcoholic brands take cues from wine and beer. Pepsi, for instance, earlier this year experimented with “Pepsi Sparkling Rosé,” a zero-calorie, rosé-flavored cola created exclusively for BravoCon, a three-day event for super fans of the cable network held earlier this month in New York.  Coke will soon launch Coke Energy in the U.S., putting its spin on the energy drink category.

Coke already sells a coffee-soda drink, called Coke with Coffee, but so far it is available only in Australia, Italy, Spain, Thailand and Poland. “We haven’t committed to the product being in the U.S., but we are optimistic about the potential,” says a Coca-Cola Co. spokeswoman.

This is not Pepsi’s first foray into a cola-coffee blend. The brand in 1996 sold “Pepsi Kona,” which was backed with an ad starring Tom Jones.

In today’s press release, Pepsi said that short-lived drink was “ahead of its time.” It alluded to the current trend of ready-to-drink iced coffee products as evidence that consumers are ready for Pepsi Café.

PepsiCo already has a stake in the ready-to-drink coffee space via its long-running partnership with Starbucks for a wide range of Starbucks-branded products sold at retail, including Frappuccino. Starbucks confirmed that Pepsi Café does not include Starbucks coffee. Pepsi Café could theoretically compete with Starbucks' products such as bottled Cold Brew and other drinks.