How Sally Beauty Gave Its Loyalty Program a Stunning Makeover

If you ask Ryan Linders how to convert a customer, he'll tell you it's simply a matter of putting "the right thing" in front of them. This, of course, is a lot harder than it sounds. Not only does one have to learn what that thing is, but also when, why and how to present it ... and to whom.

Recently recognized by The CMO Club with a Rising Star Award, you could say that Linders is somewhat of a master of relevance. He's currently the vice president of CRM, Loyalty and Marketing Analytics at Sally Beauty, after having spent over a decade with Chuck E. Cheese's, J.C. Penney and Pier 1 Imports. At Sally Beauty, Linders is in charge of one wildly cut-through email marketing campaign, which he dissects for us below.

From salon to dot com

Sally Beauty began as an offline business, offering salon-inspired products at a value. Today, it has 3,000 stores, an online ordering system and a distribution partnership with Amazon. With the explosion of e-commerce in the last two decades, retail is more democratic than ever, which is a boon to consumers but unpleasantly equalizing for many retailers. "We're now competing with the rest of the retail environment, and everyone is heavily promotional," Linders says.

To cut through the noise, Linders and his team differentiated their customers from those of their competitors. "We're at a place where everything is driven by the customer and driven by data," he says. And relevance is key. No matter how alluring the content of a campaign, if it doesn't resonate with the customer's needs, it will fall flat. So Linders and his team sought to identify their existing customers, understand their perspective, demographics and product preferences, and build a base from there. 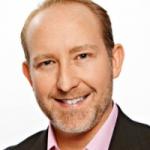 Getting from "before" to "after"

As Linders knew well, the best way to achieve this was via email; Sally Beauty was able to identify its most active targets by requiring an email address in its paid loyalty program. According to Linders, applicants pay a $5 membership fee and receive an emailed $5 coupon in return. From there, a series of messages detail the Sally Beauty brand story, its categories and its additional online channels. Finally, the drip campaign solicits a phone number, using a 20%-off coupon as an incentive for the customer to divulge more contact information.

From there, Linders and his team build a customer journey catered to each individual's needs. Take someone who's dyeing his or her hair, for example. "If we think about that as a journey, the customer comes in and buys hair color from us," Linders says. "At some point in their transaction history, we know that they're going to be up for retouching their hair, and they'll have to buy conditioner for color-treated hair, and at some point in time, they're going to recolor their hair completely."

In this scenario, a well-timed message is extremely effective in driving the customer to purchase additional products from Sally Beauty -- a gentle reminder that it's time to recolor or condition. Linders says that programmatic ads will mirror these email messages to the point where the banner ad models' hair color matches the shade of dye that a customer purchased.

Tools of the trade

Linders and his team leverage SalesForce and Conversent to build the campaigns. They also bridge email to social with Facebook's email match and lookalike audience features. "It's going to have a larger part of the plan as we're moving forward with our internal social media teams," he says. "On social, if people are already following our brand, it's a good retention message."

However, much of the analytics and predictive modeling is carried out in-house. "We're on the cusp of some advanced analytics right now," he says. "We're following those transactions and making better decisions with the data that we know we're collecting."

With smarter data and a growing analytics team, Linders explains that his department is poised to pursue a new loyalty program in the near future in partnership with Epsilon.

Looking back, Linders says the success of the program was really founded on finding that "right thing" for each customer. While it may be true that the Sally Beauty marketing team is a sophisticate in building and retaining loyalty, it all comes back to data infrastructure -- something that every marketer will need to embrace. "The biggest thing I've learned is that you're only as good as the data you have," Linders says. "That has helped us unlock everything."

Drew Neisser is the founder of Renegade and CMO Huddles as well as the author of two books including his latest, “Renegade Marketing: 12 Steps to Building Unbeatable B2B Brands.”