Scott's Miracle-Gro tests whether it can make pot grow, too | Ad Age
Skip to main content

Scott's Miracle-Gro tests whether it can make pot grow, too 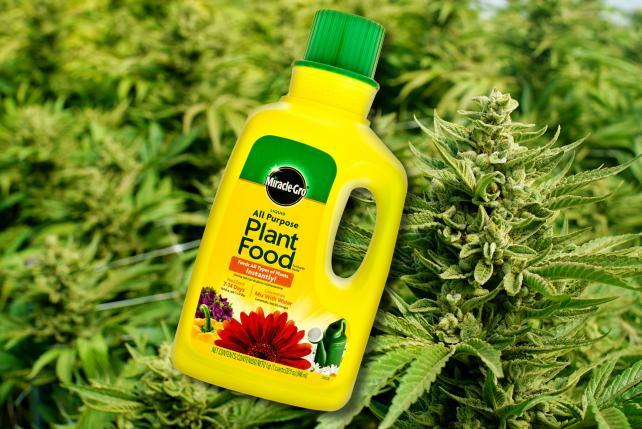 Scotts Miracle-Gro Co. is betting its fertilizer can help cultivate a different kind of grass.

Hawthorne Gardening Co., a subsidiary of the Marysville, Ohio-based company best known for its garden products, has teamed up with Canadian pot producer Flowr Corp. to build a 50,000-square-foot research facility in British Columbia. The lab will initially be used to test Hawthorne's lights and nutrients on cannabis, but it hopes to eventually study pot genetics and its impact on human physiology.

"Pretty quickly we realized that cannabis and hydroponics were a big opportunity," said Chris Hagedorn, general manager of Hawthorne and the son of Scotts Chief Executive Officer Jim Hagedorn. "It has become more acceptable to our investor base, to our board, to our management team and the motivation is obvious: it's a high-growth category."

Global consumer spending on pot may reach $32 billion by 2022, according to U.S. research firms Arcview Market Research and BDS Analytics. Canada is gearing up to become the first G-7 country to legalize the drug for recreational use on Oct. 17 and its use is spreading around the world.

U.S. federal law prevents Port Washington, New York-based Hawthorne from touching the marijuana plant so it's been testing its cannabis-cultivation products on proxy crops like tomatoes and flowers. Still, the company generates about 90 percent of its sales from the cannabis industry, not including its AeroGrow indoor-gardening business.

"We're forced to go through this flawed process, selling products without testing them on the actual crops," Hagedorn said. "Cannabis is such a complex and poorly understood plant at this phase of its evolution that it doesn't seem super satisfying to test it on petunias."

Scotts shares have lost about 30 percent this year, including a 14 percent drop on Jan. 30 after it cut its sales forecast, citing a slow start to California's newly legal recreational pot market and its impact on demand for cultivation supplies.

Flowr's president and co-founder Tom Flow was also a co-founder of MedReleaf Corp., which was acquired by Aurora Cannabis Inc. in July for about $2.2 billion in stock. He brought several members of the MedReleaf team to Flowr, which is focused on producing consistent, high-quality plants that don't need irradiation to deal with mold or pests -- qualities that appealed to Hawthorne. The research facility will be built on the same site as Flowr's grow-op in Kelowna, British Columbia.

"They know all the big players, and they chose our team because of their faith in us to grow consistent product," Vinay Tolia, incoming CEO of Flowr, said in an interview on the sidelines of a cannabis conference in Toronto last week.

Flowr is aiming to generate some of the highest crop yields in the industry. Its grow-op is already producing 250 grams a square foot and is targeting an eventual yield of 450 grams, said Steve Klein, co-founder and chairman of Flowr. By contrast, Klein estimated that the industry average is closer to 100.

Flowr, which will list on the TSX Venture Exchange next month via a reverse takeover, has signed supply agreements with the Ontario and B.C. governments ahead of legalization. It also has an agreement with a distributor in Germany to sell medical marijuana there next year, and is looking at opportunities in the Caribbean and South America.

For Scotts and Hawthorne, a presence in cannabis helps to offset the seasonality of their traditional gardening business.

"It's a lot of things that Scotts' core business isn't: it's West Coast, it's younger, it's male, it's non-seasonal," Hagedorn said. "Having a counterpoint to all of those things was really appealing to us."