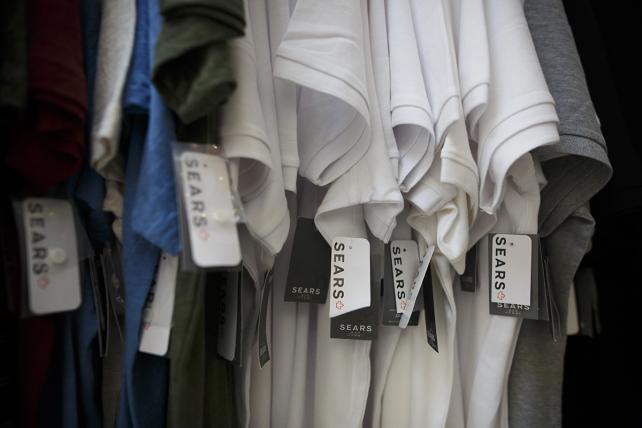 Tags hang from clothing displayed for sale at a Sears Canada Inc. store inside a mall in Toronto, Ontario, Canada, on Thursday, June 22, 2017.
Credit: Cole Burston/Bloomberg

Sears CEO Eddie Lampert continues to try to convince investors that the struggling company has a future. But that future may not include much of a marketing department. Sears in recent months has significantly thinned its marketing ranks, according to a person familiar with the matter.

Senior level marketers including the chief marketing officer and chief content officer have left the Hoffman Estates, Illinois-based company, a source says. "All creative is gone—they've tried to internalize everything," says the source.

Sears also stopped working with Havas earlier this year, according to Jason Peterson, co-chairman and chief creative officer at the ad agency. Havas handled the marketing for Sears and its Kmart brand in recent years after the retailer parted ways with McGarryBowen in 2015.

"It's beyond an advertising problem," says Peterson of the issues at the beleaguered retailer.

A Sears spokesman downplayed the departures. "We have a strong internal marketing team that ladders up under the leadership of Leena Munjal, chief digital officer for Sears Holdings," he says, noting that he could not comment on vendor relationships.

According to her LinkedIn page, Munjal has been with Sears since 2003. Former CMO of Sears and Kmart Kelly Cook is now exec VP and CMO at Pier 1 Imports.

Last week, Sears announced a new partnership with Amazon in which the brick-and-mortar brand will install tires bought through the ecommerce giant. Sears already sells Alexa-enabled appliances on Amazon. Such deals appear to be a way for Sears to reach more consumers, and is similar to strategies by Kohl's, for example, which is selling Amazon products in some stores.

But in a recent blog post, Lampert, who is also chairman, alluded to more work to be done.

"The reality is transformation is an ongoing process and we are not done," he wrote. "We must continue to take actions to right-size the company, increase liquidity and capitalize on the value of our brands in order to get the runway and flexibility we need." He added that the company will strengthen its financials in 2018.

Already this week, the company announced a special committee of the board of directors will be exploring the sale of Sears' Kenmore brand and related assets.