Kanye West's favorite pornographer is a master of SFW marketing 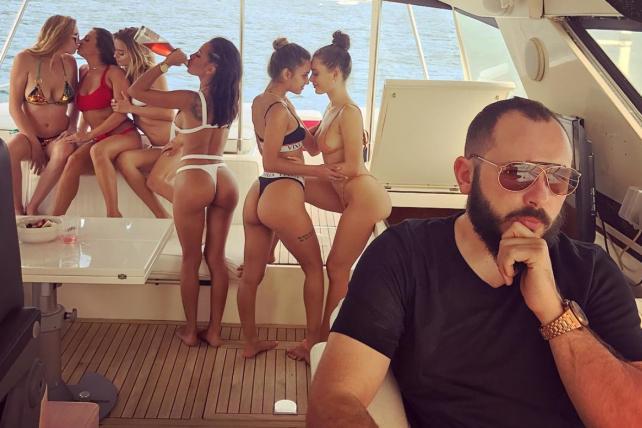 During an appearance last week on "Jimmy Kimmel Live!", Kanye West was asked if his attitudes toward women have changed since becoming the father of two daughters. With a smirk, he admitted to Kimmel that he still watches pornography online. "Blacked is my favorite," he said.

West hasn't officially responded, other than to retweet Lansky's offer to his 28 million followers.

"You can't buy that kind of free advertising," Lansky laughs. "For me, it's proof that some of the most influential people in the world look at our brands."

Today, Lansky claims that business has been booming, even before the Kanye shout-out. His for-pay websites—subscribers pay around $29.95 a month—get a combined 30 million uniques visitors every month. People like Chauntelle Tibbals, a sociologist (and former visiting scholar at the University of Southern California) who studies and writes about the adult entertainment industry, suspect that Lansky may be porn's last best hope.

Earlier this year, Lansky posted a series of photos on Vixen's Instagram page of adult actress Tori Black, leaning precariously out of the open door of a helicopter as it hovered dizzyingly high over downtown Los Angeles. The photo was viewed and liked thousands of times, but what exactly it was promoting, if anything, was a mystery. The photo's comments made no mention of a website or movie, or alluded that this was a "coming soon" teaser. In fact, there was no indication that Vixen was trying to sell anything at all.

All of Lansky's Instagram pages take similar approaches. The production values are high—the photos feature stunning locations and expensive toys (more than a few Rolls Royces), with budgets that can balloon as high as $30,000 per shoot, according to Lansky. And the models are posed often in bikinis and never more scandalously than any magazine perfume ad. It might seem like a counterintuitive way to promote a business in the adult industry, where the competition is fierce and plentiful, but Lansky says it's all part of his master plan.

Lansky declines to share exact metrics, but he says traffic on his respective Instagram pages has been steadily growing, up 240 percent since last year on the Vixen page alone, and that followers now exceed two million across all brands. He has no way of knowing if his social media promotions are feeding into his paid sites. If customers want to find him, they have to leave Instagram and do the legwork themselves. And that, Lansky claims, works in his favor.

"People aren't dumb," he says. "If they want to find you, they will. And if it's harder to find you, if they have to make an effort to track you down, they'll want you even more."

Lansky's favorite explanation as to why he spends so much money to promote his adult sites on Instagram, a social media platform that allows neither nudity nor content links, is to compare what he does to the landmark "1984" TV commercial for Apple Macintosh personal computers.

"It didn't show the product," he says of the classic Ridley Scott-directed ad, which featured a runner throwing a hammer in an Orwellian factory. "It didn't show a dude next to a computer, explaining what everything does. It was just some super-powerful imagery that kind of made sense but not really. What did any of that have to do with computers? I have no idea, but I remember that commercial, and it made a lot of people buy computers."

There's a place in France...

Lansky has been making porn since his early 20s, after running into a childhood friend in his hometown of Paris, France. Reminiscing about their years flipping through old Playboy and Penthouse magazines, they decided to give pornography a shot. Lansky had been producing reality shows in France, and he yearned for a way to build an empire out of fantasy. His first adult film was the essence of hustling; it was financed with a loan from his friend's parents (they thought it had something to do with real estate), starred a middle-aged German actor and the distribution rights were eventually bought by a German producer. The movie "sucked," according to Lansky, but it whet his appetite for what else he could create with just a little ingenuity.

But as much as he's been praised by the industry, they're also unsure what to make of him. "For years I couldn't get anyone to finance me," Lansky says. "I told people that my business model was to do extremely expensive and high-end movies at a time when piracy was at its worst. Everybody thought I was fucking crazy."

Lansky argues that the problem with modern porn—and with all mainstream Internet marketing—is that they treat consumers like a mark. "The whole aggressive mentality of 'click here' with a giant flashy banner is worthless," he says. "People don't respond to that. They don't want to be interrupted." In a recent survey by Kantar Millward Brown, 71 percent of respondents felt like online ads had become too intrusive. "It's 2018 and we all have so little time," Lansky continues. "I'm busy, I don't want to get tricked into looking at whatever you're selling." 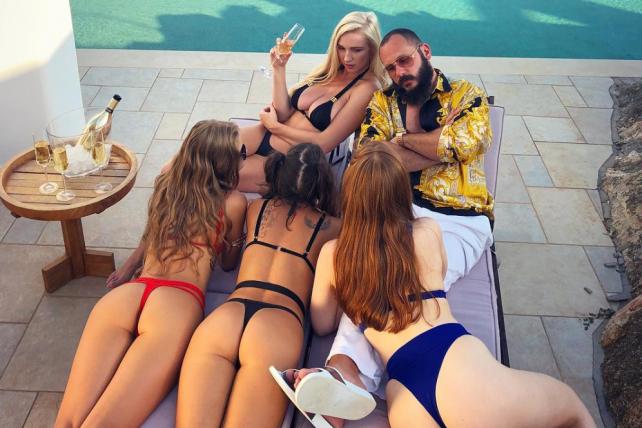 Once more, with feeling

If his competitors were critical before, it's hard to find someone in the industry now willing to question his marketing tactics. Pete Housley, the CEO of adult PR firm Naughty Business, thinks Lansky is breaking the mold of an industry "that still thinks pop-unders and spam works." Lansky is unique, he says, "because he started with a real plan and stayed true to that plan."

But some critics aren't that impressed. Gary Schirr, Ph.D, a marketing professor at Radford University in Virginia, isn't so sure that Lansky "is executing his strategy well. Even in my limited Instagram use, I have seen what I think are better softcore posts. I don't find his pics and videos too compelling, but then I'm far from what I assume to be his target 18-to-29 audience."

But Tibbals, the sociologist, thinks it's less about the images than how those images make the viewer feel. That philosophy isn't just true in his Instagram marketing but the movies he makes. Lansky doesn't present his brand as explicit sex, she says (even though it is), but rather a lifestyle, an attitude and worldview—the cars, the houses, the choppers, the infinity pools. Lansky promotes his sites in a way that refuses to think of what he does as smut.

It's not the size that matters

Will one of his upcoming sleek and beautiful films include an over-the-title directing credit by Kanye West? "We'll see," Lansky laughs. If and when that happens, he promises that audiences will learn about it on Instagram first.

Next, Ad Age's biggest event of the year, has added new speakers including Pras Michél, the Fugees co-founder now creating Blacture; Claudia Mata, co-founder of the Vertly brand of CBD-infused beauty products; Meiling Tan, head of marketing at Waymo; Natalia Oberti Noguera, founder and CEO of Pipeline Angels, the network of women investors; Dara Treseder, chief marketing officer at GE Ventures; and Jen Wong, the chief operating officer at Reddit. They join a Next lineup already stacked with CEOs, investors, founders, innovators and marketing leaders, coming together Nov. 13 and 14 in New York to describe the near future in everything from AI to food. Aug. 15 is the last day for early-bird tickets; regular pricing begins Aug. 16.

Eric Spitznagel
View all articles by this author