READ THIS NEXT
Walmart loses Marc Lore, architect of Its e-commerce revival 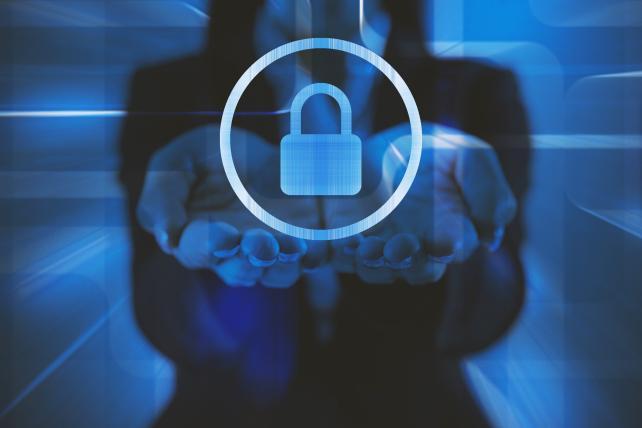 For brand marketers, the continuing challenges associated with privacy and data protection are not going away. As brands develop new policies and strategies, it's critical to recognize the necessity of protecting the relationship with the brand's consumer base. However, our global research finds the worried conversations about data breaches that dominate the public dialogue are not necessarily the same ones consumers themselves are having. Further, it shows that privacy concerns mean something different to consumers than brands and they shade differently depending on whether the sharing is done with companies, governments, or social media platforms.

Our multi-year Truth Central global research shows that people's willingness to share data is, in fact, surprisingly robust. A greater percentage of people today say they are willing to share their data as long as they understand the benefits (57 percent in 2018 vs. 50 percent in 2011) and people's comfort level in sharing "shopping data" with brands is actually on the rise just over the last three years (64 percent in 2018 vs. 54 percent in 2015). Over that seven-year period, there have also been percentage declines in the number of consumers who read the privacy policy before sharing personal information as well as in those who disable cookies in their browsers.

However, just as people's individual behavior is more nuanced than the headlines would indicate, it's also important especially for global marketers and policy makers to recognize there are differences from country to country. Our 2018 study covered five countries—the U.S., U.K., China, India and Chile—and some of the variations among them are startling. For example, Americans are more skittish about data sharing than the Chinese. Just over a third (34 percent) of Americans said that they don't mind sharing their personal information with brands if it helps them find what they're looking for, but that jumps to more than half (54 percent ) among people in China. Similarly, 68 percent of people in China say that it doesn't really bother them if companies have their data because they feel they haven't done anything wrong, which compares with 44 percent of Americans.

Our survey also found willingness to share data growing, though at different rates in different markets. Asked in 2018 vs. 2015 about their willingness "to share shopping data with a brand or business if there was a real benefit" for them, the responses in India and China jumped by 10 percentage points to 70 percent in India, and 62 percent in China and almost by that amount in Chile (57 percent to 66 percent) and the U.K. (54 percent to 62 percent). Again, Americans were the most cautious--their readiness to share rose only three percentage points, from 57 percent to 60 percent within those three years.

But what could explain, in the current environment, why people anywhere would be willing at all to give up their privacy?

Well, it depends in part on who is asking. People were generally more suspicious about governments abusing their personal data than they were about companies and brands.

That said, the most striking decline in trust was for social media and social commerce platforms. And in comparing 2018 vs. 2011, Google, eBay and Facebook saw big declines in our study: Trust dropped from nine points to 59 percent for Google; nine points to 38 percent for Facebook, and eight points to 48 percent for eBay. All in all, less than half--48 percent--of people globally said that it was possible to use social networking websites and maintain privacy. Again the U.S. was much more bearish, at 35 percent.

The bottom line seems to be that consumers are more willing to trade some privacy to make life easier and if there is a good deal to be had from it. A third of the people surveyed said it's more convenient for them if companies store their details and direct access to discounts and promotions in exchange for sharing data. However, this willingness to exchange shopping data for discounts is only at a transactional level, and is not limitless. People expect that if they give more in the way of personal data, they will get more in return, certainly more than a discount. Additionally, many consumers said they know we're living in a new world where hacking is a risk, but, when faced with it, they know what remedial action to take afterward.

An important finding is that real people think and talk differently about personal data than companies, governments and the news media do. Words like "data", "targeting", "compliance", "cookies" and "GDPR" may reflect the public policy, boardroom and marketer conversations. But our research found that when consumers define "data" they associate it with their treasured memories, photos of loved ones, playlists created on vacation, texts exchanged with a new romantic partner, and so on. It's personal history more than personal data.

On top of that, consumers don't really understand the terms associated with the privacy debates. About 60 percent of people surveyed overall agree that websites are always asking them about their "cookies," but they honestly have no idea what these "cookies" are. In other words, differences in definitions and even lack of knowledge and familiarity are more of an issue for brands to address with consumers than the elements of fear and suspicion that dominate the overall privacy news coverage and regulatory discussions.

However, just because consumers appear to trust companies more than they do governments is no reason for brand marketers to become complacent. Before celebrating that 57 percent of people are willing to share their data with companies, it's useful to remember that 43 percent are not. Additionally, in the follow-up focus groups we held in New York both with teenagers and with people in their 40s, there was widespread agreement that privacy policies lack transparency, are needlessly complicated and are impossible to understand.

For businesses, this suggests an opportunity to act now in truly embracing a new data leadership position which involves four key steps.

1. Understand how the future will be shaped. The future of privacy will most certainly be shaped by cultural and demographic differences, and we are already seeing significant attitudinal and behavioral differences between countries and between age groups.

2. Offer meaningful compensation. To be a true leader in the privacy space, brands must optimize the value exchange with customers, focusing on higher order benefits while not losing sight of the basics.

3. Champion ethically-sourced data. While the majority of people are happy for brands to use data that is actively linked to the world of commerce (from clicks on products to membership of community groups), many feel less comfortable when data is accessed in the private messaging space.

4. Apply a deeply human lens. As mentioned, what marketers frame as targeting people is viewed by the targeted humans themselves as their actual lives and experience. Fundamentally, the privacy conversation is a human one, and we need to bridge the gap and build a more deeply human language to connect with people.

This is a cultural moment for brands and privacy. Right now people are still willing to trust companies despite their overwhelming agreement about the issues and the dangers. For example, 95 percent of people in our survey agree that privacy is a fundamental human right and 85 percent believe the internet is developing faster than our ability to keep it safe. So it is imperative that marketers move beyond mere compliance (GDPR) and even beyond "proactivity" to true data leadership, and operate on an ethical level and focus on a fair value exchange with their customers. It requires thinking differently about the rules of engagement in what is clearly a new era.

Harris Diamond is chairman and CEO at McCann Worldgroup