READ THIS NEXT
Uncle Ben’s rebranding should have gone further, critics say 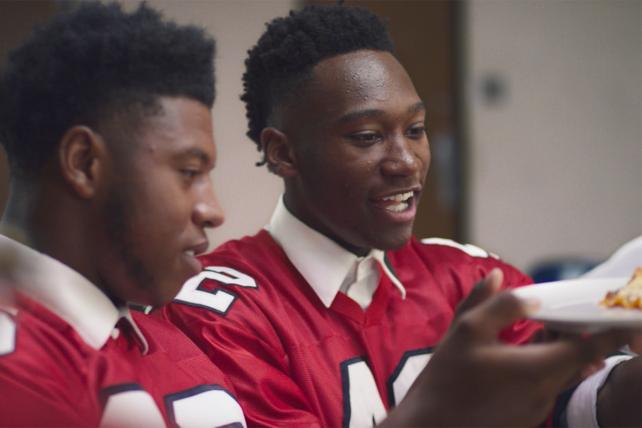 What are you hungry for?

That question is the center of a new master brand campaign from Stouffer's, which wants to assert its position in the lives of people trying to succeed and who might want a little help making dinner.

The Nestle brand is promoting itself to, and with, what Kim Vo, Stouffer's marketing director, calls "striving optimists."

"If you think about who buys Stouffer's, they're hardworking Americans who are striving for better," says Vo. "Despite the pace and complexity of everyday life they really work hard to make their lives and the lives of those around them better."

At first, Stouffer's is focusing on two such people in its "What are you hungry for" campaign, which breaks Monday and which Vo believes has the potential to be a multi-year effort.

Its general market push highlights Ted Ginn Sr., the director of Ginn Academy, a male-only public academy in Cleveland. Over the years he has coached numerous football players into college and many have made it to the NFL, including his son Ted Ginn Jr., who currently plays for the New Orleans Saints. The elder Ginn is featured in a 15-second TV spot and will star in a 75-second YouTube video.

For the Hispanic audience, Spanish commercials feature Cristina Ramirez, who helps a quadriplegic woman compete in triathlons. Stouffer's currently under-indexes in sales to Hispanics, something the brand is trying to address.

The videos were directed by David Gelb, who directed "Jiro Dreams of Sushi," among other films. His skill in shooting food and for food storytelling appealed to Stouffer's as it tries to think of how to advance itself in "modern American food culture," says Vo.

The campaign comes as Stouffer's ventures further beyond traditional American comfort foods, moving into more adventurous flavors and beyond microwave or oven dinners. There are now five lines: classics such as lasagna and mac & cheese; creative comforts like chicken enchiladas; a new Simply Crafted line made with organic ingredients; the Fit Kitchen line focused on nutrition trends; and Cooking Creations, which include bagged meals and new seasoning wraps.

J. Walter Thompson was the lead creative agency on the campaign, with Casanova on Hispanic, Grey-Wing on digital videos, Hogarth on production and MetaVision Media on media.

Stouffer's media spending should be comparable to prior levels, says Vo. Nestle's U.S. measured media spending on Stouffer's shot up 51.9 percent to nearly $40.6 million in 2016, according to the Ad Age Datacenter.

The new push comes after an online video campaign from Swift, "It's What's on the Inside that Counts," which began running in early 2017 to promote the idea of coming together over frozen lasagna.