Tiki: 'We Do Not Support' White Supremacist Torch March 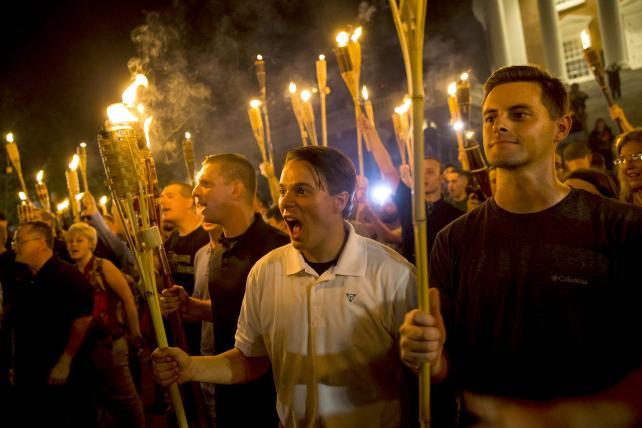 On most days, backyard torch maker Tiki fills its social media feeds with frivolous messages like encouraging people to buy its products to help celebrate national picnic month. But this weekend Tiki was forced to distance itself from the torch-bearing white supremacists who marched Friday night in Charlottesville, Va., as part of the "Unite the Right" rally that led to the death of one counter-protester on Saturday when she was run over by a car.

While no one was accusing the brand of having anything to do with the group, Tiki was not taking any chances and posted the following message on its Facebook page:

The post drew mostly praise from the brand's followers, including one who stated that "it's saddening that you even have to make this statement. I love my Tikis!" Stated another follower: "The only thing that could make this post better is if it ended with '...and by the way, the Nazis looked ridiculous.'"

Tiki's name was dragged into media coverage of the rally, including a New York Daily News story headlined "Tiki torch-wielding white nationalists at UVA rally roasted by critics on Twitter," which included a round-up of tweets that used the Tiki name, such as this one:

Did fash bros use their bed bath and beyond coupons for the tiki torches littered on UVA campus last night? #DefendCVille #charlottesville pic.twitter.com/fn1Wqom83g

The internet naturally had its own field day.

The Neo-Nazis after finding out the black Home Depot sales associate who sold all the Tiki torches that day was working on commission. pic.twitter.com/vdx3SHMY7T

Peter Cvjetanovic, a white nationalist, is upset that this photo of him has gone viral. So be nice: dont retweet this tweet 1000s of times. pic.twitter.com/mpeyXH86jm

Shot down by Tiki! 🔥🔥🔥 pic.twitter.com/VrMDUsQDct

I can't get past this.

The company that makes tiki torches did a better job of denouncing Nazis than the President of the United States. pic.twitter.com/UXxvsWf1GL