Why TV still totally dominates when it comes to political advertising

READ THIS NEXT
How the metaverse, AVOD and first-party data will disrupt 2022
Credit: istock

Historically, 60 to 65 percent of political ad dollars are spent between Labor Day and Election Day. With spending in the billions, that's a lot of money to plan and place within a roughly two-month period.

This year the stakes are even higher, as an atypical year for political advertising is unfolding, reflective of the current atypical nature of American politics. Needless to say, emotions are running high, and so are political dollars, with total political spending projected to top $5 billion, according to the Center for Responsive Politics. To put this figure in perspective, here's what we've been seeing at FreeWheel Advertisers, a Comcast company:

• Political media spending from May through October of this year is 15 percent higher than during the same period in 2016.

What's even more interesting than the uptick in overall spending is the distribution of that spend. This is where political advertising serves as a portent of overall trends that are happening now—as well as those that are about to take off—in the larger TV ecosystem.

The big story is TV. What we're seeing at FreeWheel Publishers is that TV still accounts for 95 percent of political ad dollars. Despite the proliferation of digital media, TV continues to lead in a category where results are everything, and outcomes are immediately evident at the campaign's close.

The emotional persuasiveness of TV, a key to political campaign effectiveness, has long been acknowledged as one of its strengths. Now, as TV advertising evolves, stronger targeting capabilities are boosting the relevance factor as well.

It's becoming increasingly clear that digital's stronghold on data is easing. And it's changing the way that advertisers plan TV. Due in part to the new data capabilities of MVPDs (multichannel video programming distributors) in this year's political season, Comcast Spotlight is seeing spot cable TV's share pacing at 33 percent of total TV ad dollars, an all-time share high. Bringing advanced data to TV is big news in the political world, where TV campaigns in the past have relied on age-based buying demos as their only audience targeting. Even gender targeting was limited with 97 percent of dollars targeted to "adults," according to FreeWheel Publishers data.

But this year, advertisers are discovering that other forms of data insights do matter. With MVPDs' and networks' increasing ability to find hidden pockets of valuable viewers, traditional buying patterns are changing. Marketers are finding new customers and politicians are finding new potential voters—both of which are groups that they might otherwise miss.

The result of this is that more networks are working themselves onto TV buys. What we're seeing at Comcast Spotlight is that greater data availability for political advertisers has expanded the average primary buy for Republican candidates from one network (typically Fox News), to four to six networks, and to 12 to 14 networks for Democratic candidates.

Beyond data-informed, traditional TV buys, political advertisers are also embracing more digitally-driven TV platforms, such as set-top-box video on demand. Comcast Spotlight data shows that political spending on digital media is up triple-digits over 2016, in large part due to addressable set-top-box, video-on-demand offerings. Addressable linear TV, which directs messages to specific households within linear feed, is also being used by political advertisers, led by efforts from the cable MVPDs and satellite TV providers.

For advertising in general, and for TV advertising in particular, change can come slowly. That's why the political arena offers a unique perspective. When a season comes once every two years, and all results must be achieved within roughly a two-month window, trends become accelerated.

And if this political season's lessons hold true, TV's data-driven future is now a reality that will change the way marketers think about, plan and buy TV advertising as we head into the 2019 upfronts and beyond.

Joy Baer
View all articles by this author 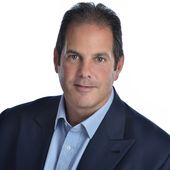 Dan Sinagoga is head of political sales for Effectv, the advertising sales division of Comcast Cable.