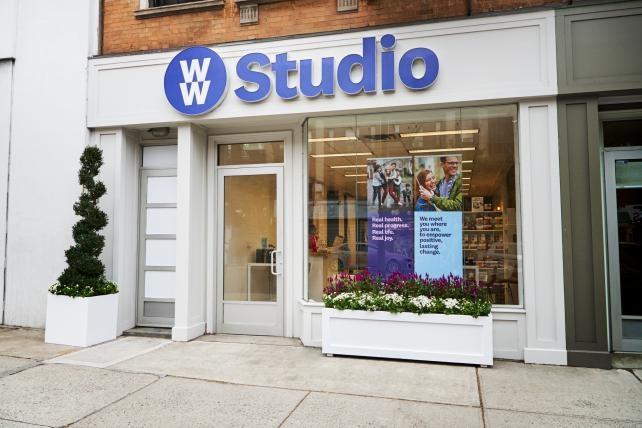 'Tips and tricks are going to be all segregated now. I want the WW community to be united,' said one member.

WW, previously Weight Watchers, has a new program designed to give more options to members, with tailored plans serving three distinct WW communities. While members are generally excited for the plans, some are saying the program is dividing the current community, which has always been an important part of WW’s brand.

The new program, called "myWW," requires members to take personal assessments that match them to one of three color-coded plans (green, blue or purple) which are meant to work best for their specific needs and routines. The assessment asks questions like: “What type of meals are you interested in?” “When are you most likely to get a little off-track?” and “How important is activity to you?”

New members have to stick to the plan that is chosen for them, while current members can choose which color plan to follow. Each plan includes a number of points with select foods that don’t count towards points. Members who fall under the new “purple plan” for instance, can now eat wholewheat pasta, brown rice and potatoes, which have cost points in the past.

One WW member, who requested anonymity and began the program eight weeks ago, says WW’s “Connect” community platform in the WW app—where the company’s 4.4 million members can share their improvements, follow coaches (WW ambassadors) and pick up tips and advice for sticking to their plans—has undergone a drastic change from when they started.

This person says that the Connect community has always been an “open, welcoming space,” but this morning, they logged into a “full-on throwdown.” Purple, green and blue hearts are flooding comments and people are launching Facebook Groups for each color.

“People have chosen sides, picked their colored emojis for their profiles, teamed up and drawn lines in the sand,” this person says. “Connect used to be a place that brought everyone together and now it seems the opposite. It’s a bummer. It’s DISConnect today.” WW did not provide a comment.

On Sunday night, WW coaches began sharing the new color-coded plans on their feeds to garner excitement for the plan changes. Unfortunately for some members, the ambassadors they were following might no longer be part of their color group and therefore, not as helpful to them moving forward.

“Do we need our Connect groups to be divided?” says Paige W., who has been a WW member for a year. “Tips and tricks are going to be all segregated now. I want the WW community to be united.”

“The only thing I find upsetting is that sharing recipes and food ideas is going to be difficult since points are different with each plan,” writes another user on the Connect.

Other users are excited about the new plans. Within the Connect community, people are sharing the new color plans they’ve taken up. “When WW went to the blue plan, I felt like WW was too much like a diet,” wrote one user in the Connect platform. “That was what I always liked about the green plan, I could eat what I wanted as long as I allowed the points. Now I feel like I am back home.”

“Team Green for me! So excited for this change!” wrote another user. “I’ve struggled with Freestyle and realized that more than anything, I need accountability.”

There’s also some backlash about the food certain groups are allowed to eat. On social, people are saying the ability to eat foods such as rice and potatoes disqualifies WW from being a diet. Some are calling the new program a way to keep customers from actually losing weight so they stay on as customers.

Many thought they would go keto. It proves to be wishful thinking. This is a non diet diet. Doomed to fail and perpetuate a client base. Just eat it. We have you covered with processed food and meds.

“There’s no foods off limits on any of our programs, and it’s going to be sustainable,” Mindy Grossman, WW president and CEO told USA Today on Monday. “It’s easy, it’s simple and I think that’s what people are craving for—something they can really live with.”

In the press release for the new program, WW states it conducted a six-month clinical trial at the Medical University of South Carolina's Weight Management Center and claims on average people experience 8 percent weight loss and a 24 percent decrease in hunger, among other findings.

WW is no stranger to backlash. This past summer, WW’s Kurbo app for kids drew considerable backlash from parents who said it was geared too much towards weight loss. In September 2018, the company, “Weight Watchers” at the time, underwent a giant rebranding, changing its name to “WW” and redirecting its focus to wellness, over dieting. That change and winter campaign brought about lower revenue and fewer members in 2019, and the company began leaning heavily into using Oprah Winfrey in ads.

Grossman told USA Today that the “myWW” plan is the earliest the company has introduced a new program. It comes more than seven weeks before people typically make their New Years resolutions.