Keeping up with the John Lewises: The seasonal circus of UK holiday ad 'reveals' | Ad Age
Skip to main content
Sign In Register 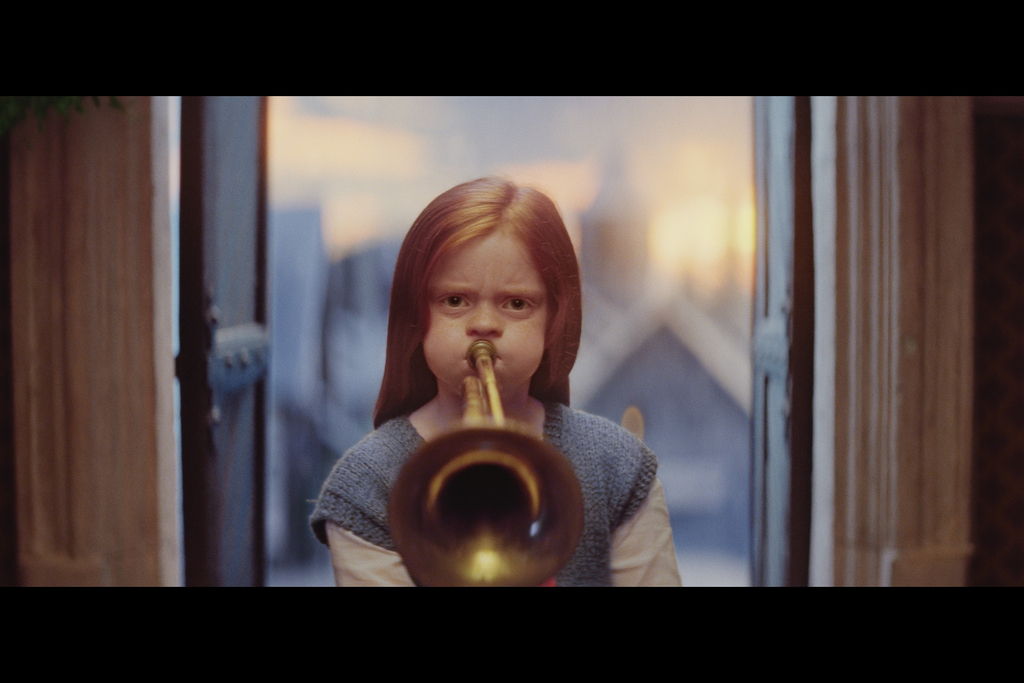 The John Lewis holiday ad 2019 ... marketers and PRs 'eagerly watch my face for a reaction.'

It’s 9 a.m. on a cold November morning in London’s Oxford Street and I’m riding an elevator to the top floor of Marks & Spencer’s flagship store. From a loudspeaker, the clubby strains of House of Pain’s “Jump Around” blare out which, at this time in the morning under strip lights, feels a little painful.

It’s just a taste of what’s to come later, when Marks & Spencer unveils its Christmas ad, Go Jumpers, to the waiting press. The spot, which is reminiscent of Gap’s early advertising, features dancers doing a specially devised “shoulder roll” to the House of Pain track after donning seemingly magical knitwear. Following the big reveal, M&S clothing and home marketing director Nathan Ansell summons dancers from in the ad to gyrate around us in the the room in a surprise finale. They do a valiant job, considering nobody joins in. (In a totally British way, we all stand around looking a little embarrassed.)

Every year, the hype around U.K. holiday advertising gets bigger. Since 2011, when John Lewis and Adam & Eve DDB rolled out their first mega-hit The Long Wait, other brands, agencies and retailers have been trying to compete with the John Lewis juggernaut and the fanfare has steadily grown. It’s now routine for companies to hold an event to launch their ad, inviting not only trade press but national newspapers and even broadcast TV.

This year, the season kicked off for me before Halloween with a preview of the (then unfinished) Argos ad at The&Partnership. It was an uplifting exercise in nostalgia, with a father and daughter rocking out on drums to a Simple Minds soundtrack. But things really started to ramp up at the start of November, with ads from the likes of Aldi, Visa and Ikea. And, after the Marks & Spencer launch, it’s Sainsbury’s turn.

The supermarket chain picks hip Covent Garden private club The Hospital Club as the venue for its unveiling. I'm wondering why—has the famously middle-class grocer gone hipster?—but it turns out the geographical location is the clue, because its ad is a Dickensian epic all about the origins of the retailer as a grocer’s stall in nearby Drury Lane. We’re taken for a screening in a private cinema, followed by a Q&A session. The whole thing is also being filmed by an ITV camera crew for a forthcoming documentary called “Inside the Supermarket.”

Questions at these events can take a surprising turn; one national newspaper journalist gets fixated on the citrus fruit that features prominently in the ad. "Is it a clementine, a tangerine or a satsuma?" he wonders. Told it’s an “easy peeler,” he persists: “What exactly is an easy peeler?” prompting head of broadcast marketing Laura Boothby to admit: “It’s not my specialist area.” (Whatever it is, we get one in the press goody bag on our way out.)

But the John Lewis reveal is the one we’ve all been waiting for. Everyone knows it’s officially Christmas-time in the U.K. when the retailer’s ad comes out, and this year, in the run-up, the company really milks it on social media. Two days before, it releases a compilation of previous ads on its Facebook page to create some buzz around the launch—and the comments say it all. (One fan, not untypical, posts: “I'm so excited, please hurry. My phone screen is going to wear out from checking…”)

As usual, the press briefing is shrouded in secrecy; this year, even the music track hasn't been leaked. (This happened several times in the past, including last year with Elton John and in 2013 with Lily Allen.) Arriving at the John Lewis Oxford Street flagship store, I’m whisked off for an individual viewing session in a special roped-off area in the furnishings department.

Inside, it’s mocked up to look like a festive living-room with treats, sofas and a Christmas tree. It’s cozy, but secretive: headphones must be worn in case any innocent customer browsing armchairs in the store gets an inkling of what’s going on before the ad breaks at midnight that night. The clues, however, are in the room as I clock cupcakes, plush toys and rubber boots, all featuring an adorable green dragon.

This year, for the first time the ad is a joint effort between John Lewis and its supermarket chain Waitrose, so marketers from both companies are assembled, along with three PR people, eagerly watching my face for a reaction as I watch the film. Luckily, it’s a good one this year—about Excitable Edgar, the baby dragon who’s so excited about Christmas that he sets fire to everything—so I don’t have to fake my enthusiasm. Not only does the spot have a suitably uplifting music track (REO Speedwagon's "I Can't Fight This Feeling," covered by indie favorite Bastille), it's both cute and, after last year's swerve to celebrity endorsement with a glossy spot that felt more like a promotion for an Elton John biopic, completely on-brand.

The next day, #ExcitableEdgar is trending on Twitter and the parodies are already under way, including one that portrays Donald Trump as the destructive dragon destroying polar ice caps; John Lewis’s job is done for another year. Time to start working on Christmas 2020.

If there’s a theme emerging from the ads this year, it’s one of escapism—whether to the medieval world of John Lewis’s Edgar, the fantasy Victorian Christmas of Sainsbury’s Nick the Sweep or to nostalgia, as delivered by Argos and Tesco (whose ad features a van driver going back in time, “Back to the Future” style). Perhaps to depict the reality of 2019 Christmas in the U.K., with a looming General Election, a still undelivered Brexit and a scandal-hit Royal Family, would be a step too far. But at least the reveal events have provided something of a distraction. Even if it is still only November. Happy holidays.