Where Is Marcello Serpa? Heading to New York for His First Art Exhibit | Ad Age
Skip to main content

Where Is Marcello Serpa? Heading to New York for His First Art Exhibit 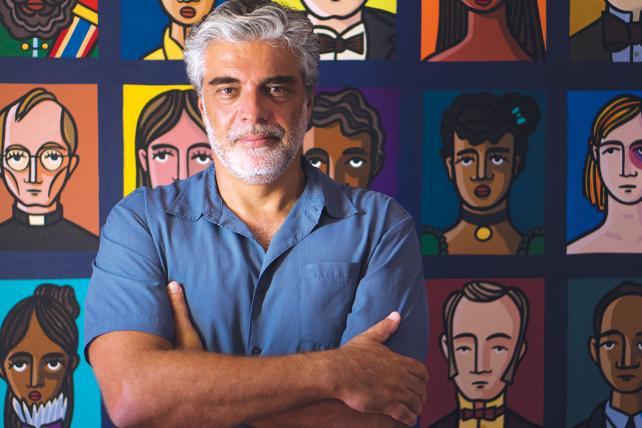 When one of the world's most-awarded creatives disappears for a three-year sabbatical, people are likely to wonder where he went. So where, exactly, is Marcello Serpa?

The former partner and chief creative officer of Sao Paulo-based Almap BBDO, who along with Jose Luiz Madeira built the shop into one of Brazil's most prominent agencies, ditched the boardroom two years ago for the white sands of Oahu, where he surfs and paints in his beachfront house. But his ambition didn't go on sabbatical: Serpa painted with a goal in mind and, on Oct. 5, he reaches it in New York with the first exhibition of his fine art work.

Leaving the industry behind to reinvent one's life is the dream of many, but few see it through. It took Serpa several years to organize his departure from Almap BBDO, which he joined in 1993. After working with clients like Pepsi, Visa, Audi Brazil, Bayer and Havaianas—the flip flops he helped turn into a global brand with hundreds of eye-popping, exuberant ads—Serpa says he turned to Madeira and said, "How much is enough?"

Marcello Serpa paints and surfs at his Hawaii home; see slideshow of his paintings that will be exhibited in New York starting Oct. 5: 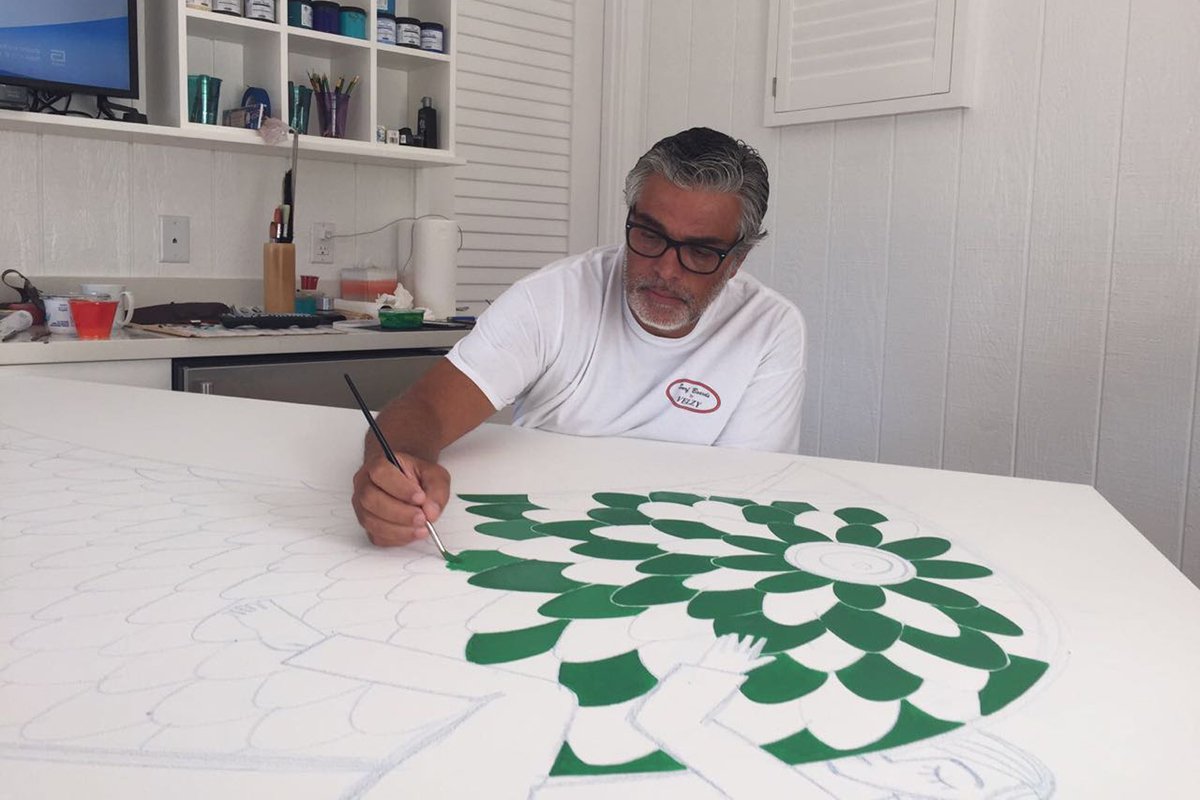 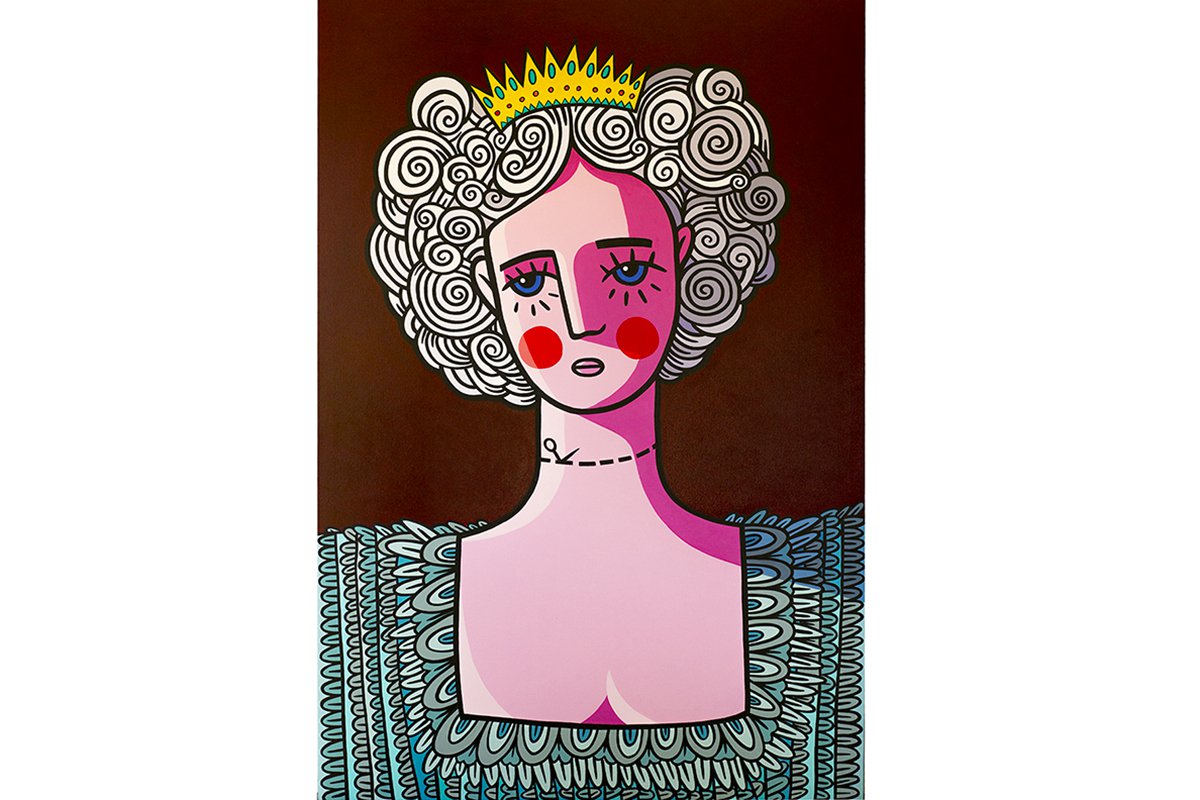 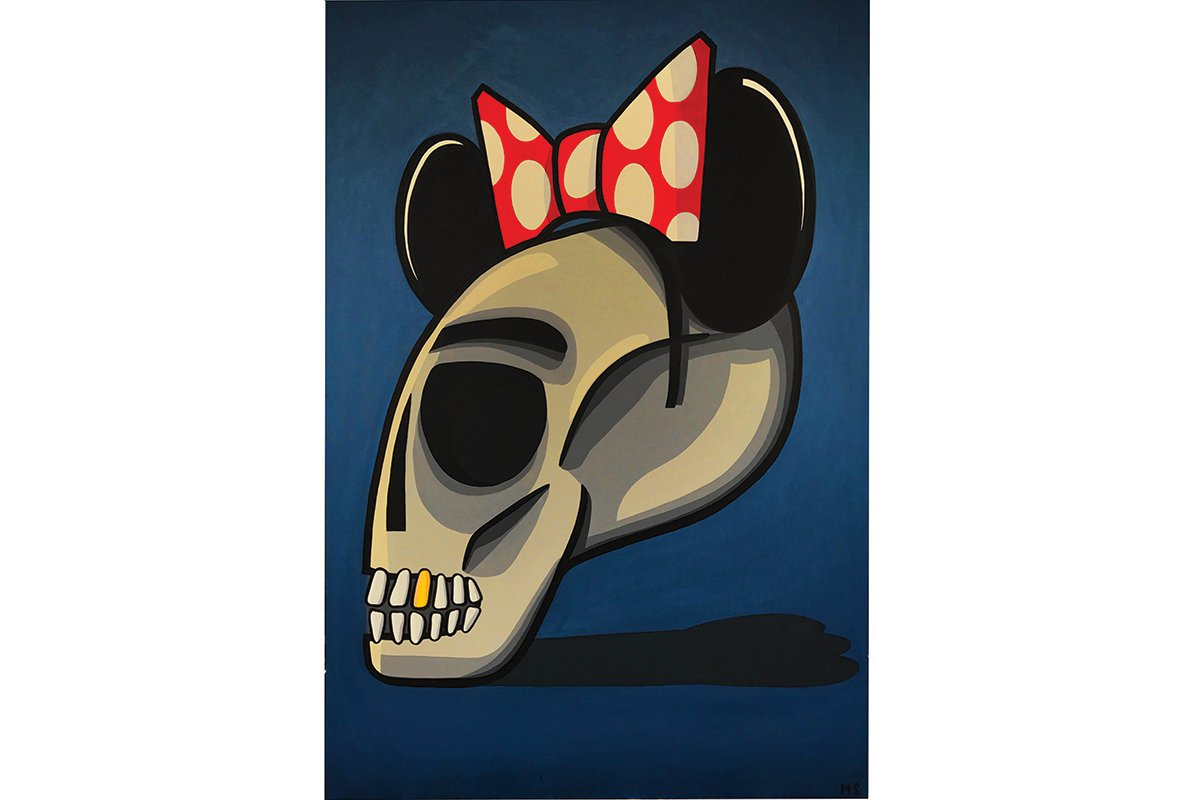 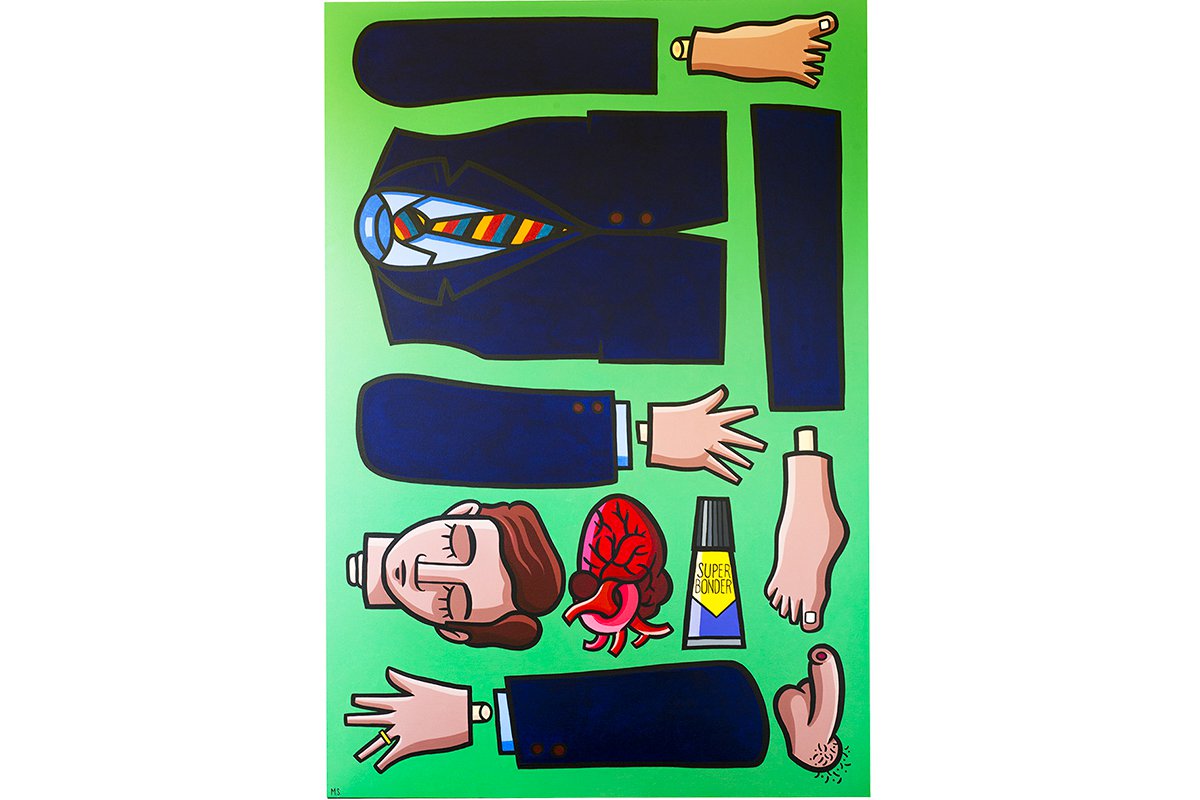 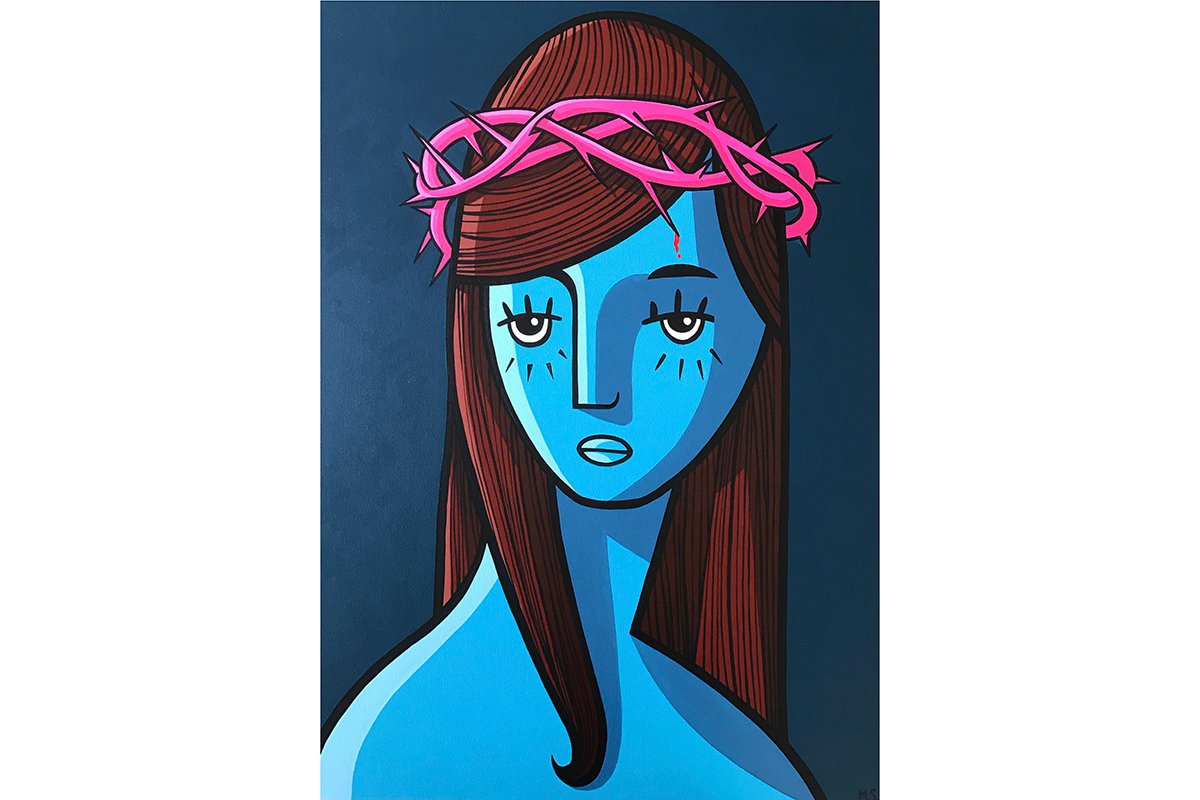 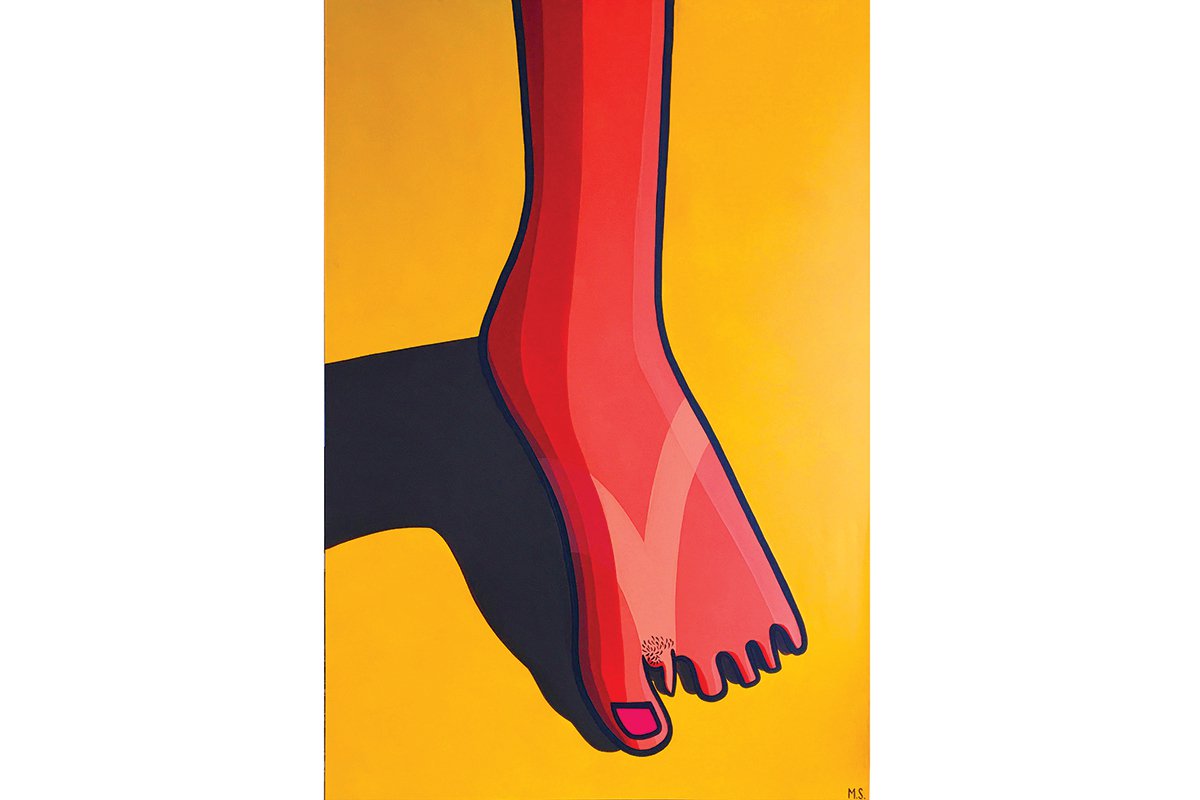 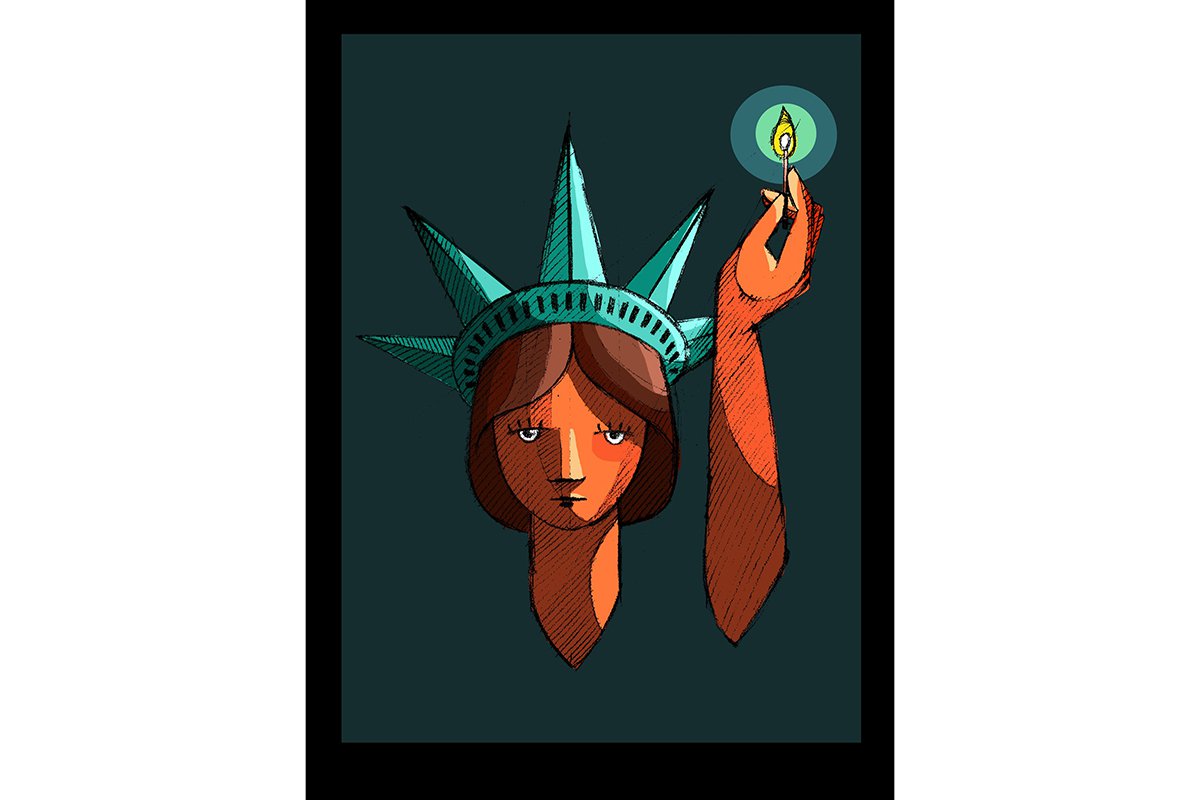 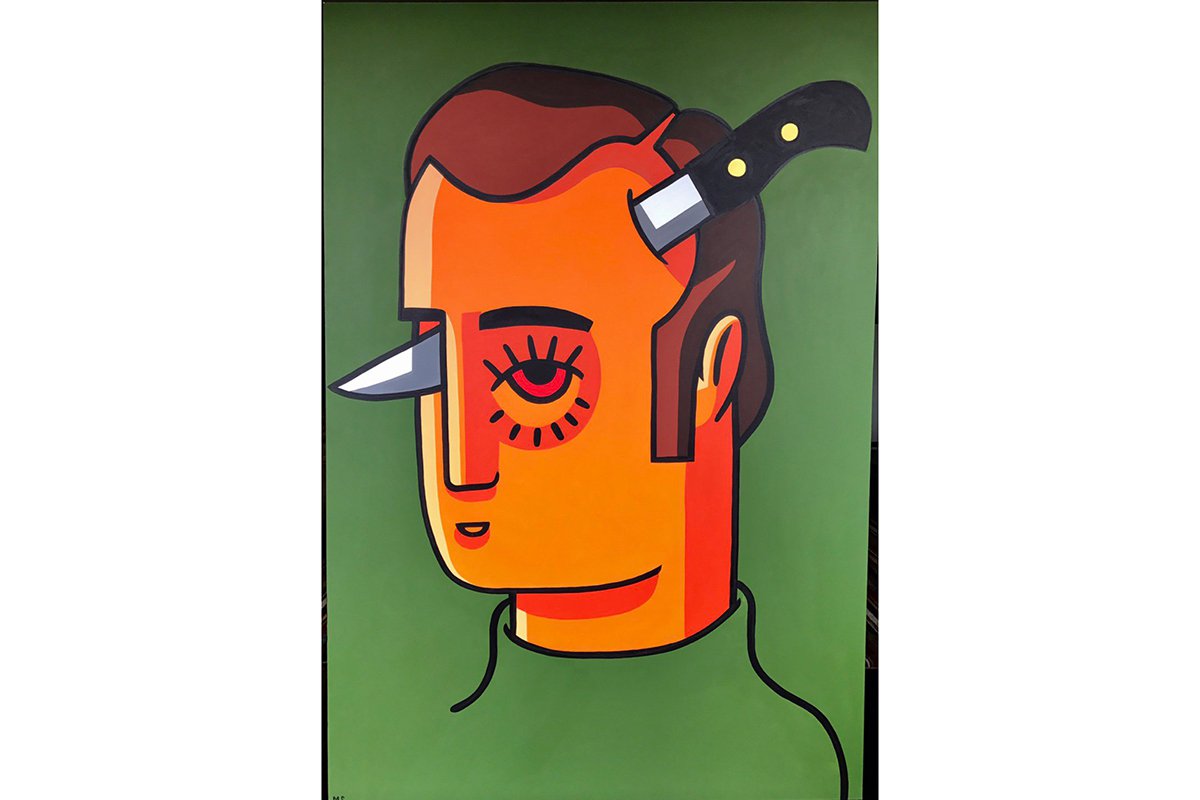 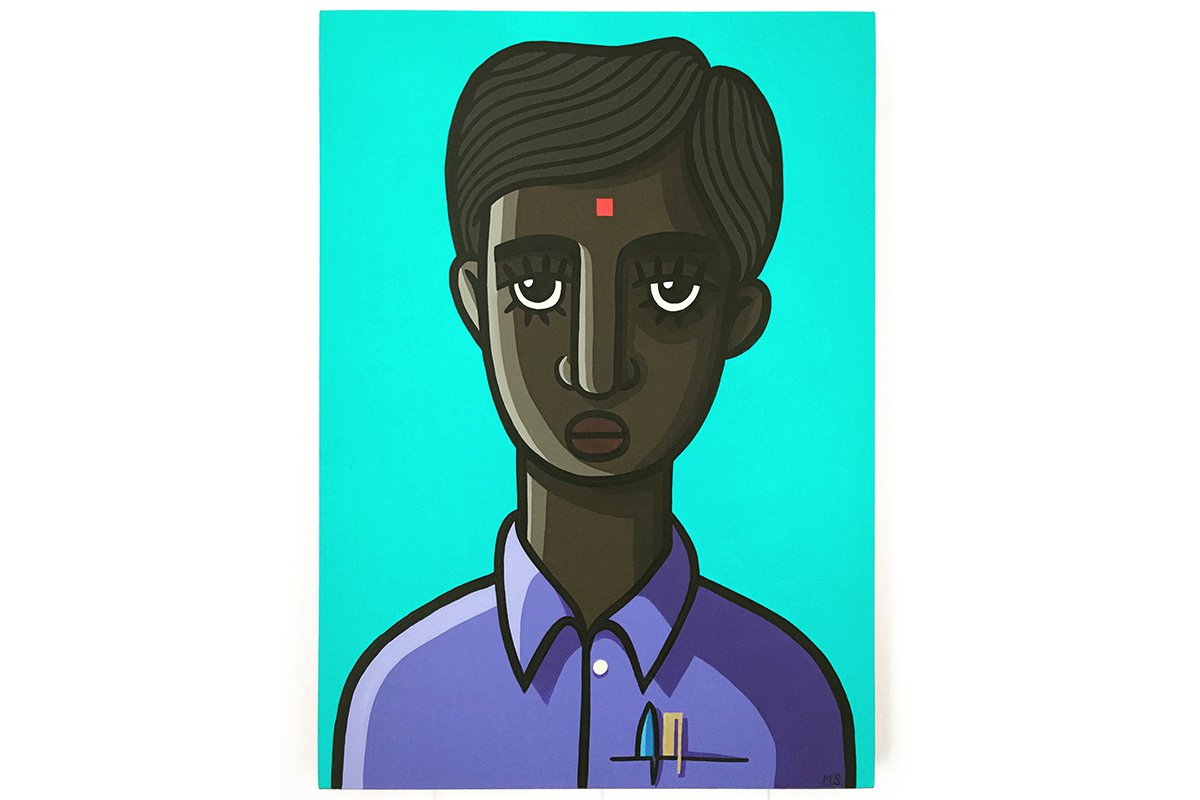 In his farewell email, Serpa traced his departure to a short story by Leo Tolstoy called "How Much Land Does a Man Need?" that he says he read when he was 30. In the story, a man is offered all the land he can walk through in a day as long as he returns to his starting point by sunset. Greed wins out and the man walks too far, then drops dead as he races back. Serpa's epiphany—or strategic insight, since his is an advertising story—was that at 50 he would ask himself, "Is it time to start walking back?"

Among his paintings—acrylics on canvas, averaging 6 feet by 4 feet—is "Marie Antoinette's Tattoo," in which a dotted line is prettily tattooed along the queen's slender neck. "I play with things," he says of his paintings. This one was inspired by a conversation about body ink and decapitated queens. "How can I make a decapitated woman look nice?" he says he wondered. "It clicked." 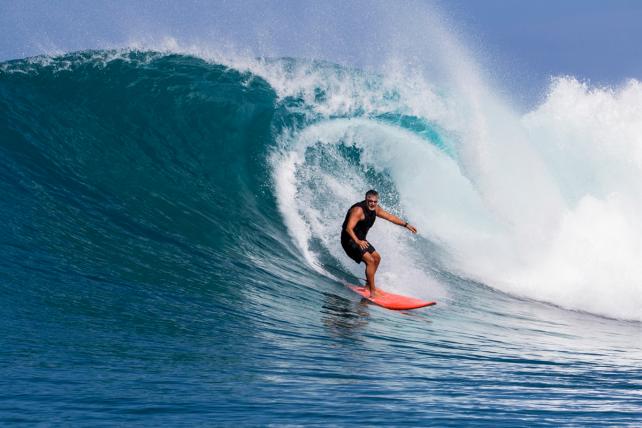 Another painting, "Gender," features a blue-faced woman with a pink crown of thorns and suggests the pressure of gender stereotypes. Serpa says the painting is "absolutely" influenced by his experience as a judge for the first Glass Lion award, a category created at the Cannes Lions International Festival of Creativity in 2015 to address gender inequality and prejudice. Serpa was one of two male judges, a reversal of the usual jury composition.

"It was mind-blowing," he says of his time on the jury. "It was important for me to be there, as a man and as a Brazilian and as an ad guy. You see the kind of message we're putting out there."

The New York exhibition, called "Terebintina" (Portuguese for turpentine), will be held in Manhattan at ApArt Private Gallery, started by DDB creative director and artist Leo Macias and his wife Thais Marin, who turned their spacious apartment in Sao Paulo into an art gallery for exhibitions. At the New York offshoot, "Terebentina" will kick off with a party Oct. 5 and remain open until Dec. 5.

He plans to end his sabbatical in a year or so, and to return to Brazil with his wife Joanna and children Maria, 13, and Paulo, 5. (Two older daughters live in London and Los Angeles.) Whatever he does there, he says, it'll be on a smaller scale than Almap BBDO. In the meantime, he tweets enthusiastically about Havaianas' latest product (sunglasses), and just created the logo for a new Brazilian restaurant in Miami called Ofa that an exec at the David agency there has opened with her husband.

He also went to last year's Cannes Lions festival to accept the Lion of St. Mark, the festival's top creative achievement prize. (This year, it went to David Droga.)

But he's going to miss Hawaii, especially the house, which he designed. He recalls the direct cause of his move, and how it led to seeking out real estate: He had returned to Brazil from a surfing holiday and it was rainy in Sao Paulo, clients were clamoring, and deadlines closing in. So he started browsing internet sites with empty lots for sale in Hawaii. Once he found his beachfront lot, he had to build a house.