The Goodness team will remain an advertising agency under the Trailer Park umbrella, Goodness Mfg. at Trailer Park. It will relocate to its own floor in Trailer Park's Hollywood offices, bringing its advertising expertise to the 300-strong production shop, which has served the entertainment and film industries since 1994. The terms of the deal were undisclosed.

With the combined forces, the new entity is positioned to extend Trailer Park's creative and production reach across a broader spectrum of clients. Goodness brings with it a solid advertising pedigree. Since its founding in 2007, the shop has served clients like Lucas Arts, Nestle, American Cancer Society and also recently led the website launch of Google's Nexus One. Among Keister, Adams and Cianfrone's past creative credits are BK's Subservient Chicken, work for MINI, Truth and Ikea's "Lamp." Brian Rekasis had been director of Crispin's nontraditional division Area 51 and Rupert Samuel led production on many of Crispin's celebrated campaigns as director of integrated production. 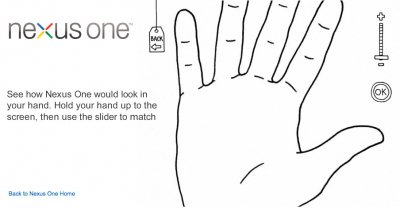 "I don't think many people understand the capacity of Trailer Park, in that some believe it's just a company that edits trailers for movies," says Samuel. "That is part of it, but there is much, much more. [It's] a very innovative and extremely talented powerhouse that markets entertainment across all mediums. We now have a 300-strong company behind us that provides amazing design capabilities, interactive, social media strategy, post production, motion graphics and advanced content all under one roof."

The new partnership reunites the Goodness Crispin alums with former Crispin VP/integrated head of video Matt Bonin, who last year joined Trailer Park in the newly created position of SVP/director of integrated production. But Goodness partner Samuel says a Crispin reunion wasn't the driving force behind the deal. "We couldn't be happier to be working together again, but this is something that has been cooking for quite some time," he says. "We have actually been chatting to Trailer Park ever since we started Goodness Mfg in Venice over two years ago. They have always been intrigued with us, and us with them. The resources that Trailer Park have to offer for us are unparalleled, and we have now positioned ourselves to really provide the the best strategy, the best creative and the best capabilities for our clients."