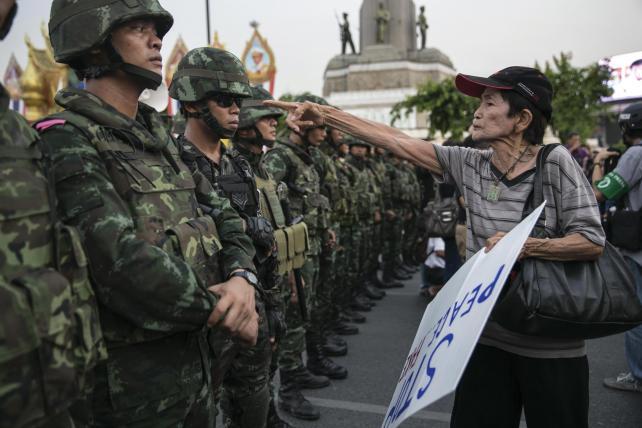 Unpredictable personalities, skimpy budgets, wild weather conditions, wilder animals: Commercial productions can be very scary things. Here, we round up some horror stories from on set. Proceed at your own risk. There will be actual ghosts.

While scouting for locations for a recent project I wrote and directed for Woolmark, my producer and I ended up in an isolated ghost town in rural Tasmania. We like to go off the beaten track and find locations that aren't necessarily in the scout's file pull.

As we walked the streets, the townsfolk stared holes in us, some even yelling. But as fortune would have it, we came across the perfect location: an abandoned mental asylum. Huge rambling staircases, peeling paint, wooden children's doll heads propped in the corner and even the large tables to strap down the occupants. It was frozen in time, and the centerpiece of this unusual and isolated town.

We found the caretaker, who spoke in a soft voice, which forced us to lean in close and not focus on the spray of blood across the ceiling of his office. He explained that when the Australian government changed the law to make it illegal to detain patients in institutions such as these, the caretakers of the day simply opened the front doors and allowed the residents to freely walk out into the town. They didn't travel far and soon became the residents. So almost every present-day member of the town was a descendant from the asylum.

We were filming the Original Redneck Fishing Tournament. At the event, 50 to 60 boats—and we were in one of them—race up the river to catch 15- to 20-pound Asian carp. Suddenly, fish start jumping in the air and the speeding boats collide into them. Fish blood and guts go everywhere. It was the craziest thing.

And then, on the very last heat of the race, we get hit by a huge wave. A woman in a Confederate flag bikini shouts from the shore, "Going down!" Our boat flips us straight into the river. We try to hold on to everything we could, but we were almost drowning trying to save our gear. In the end, we just had to let it go. So $30,000 worth of equipment sank to the bottom of the Illinois River in a shipwreck. We didn't have insurance at that point and had no idea how we'd get our next job.

We were shooting ice skaters with a motion-control arm on a frozen lake in New Zealand at three in the morning. It was at the end of winter and so cold that the first skater collapsed on the ice and was unable to perform. The wind was blowing so hard the giant robot arm of the motion-control rig was shaking. But here's the other thing: It was drop-dead beautiful. The shot was going to be amazing—moonlight on snow. And then the earthquake hit.

All of us—the crew, talent and a motion-control rig—were on the ice. The producer actually ran the wrong way towards the middle of the lake.

We were OK. But the earthquake cracked the ice and because it was the end of winter it was never going to refreeze. We finished the shoot in a local ice rink and insurance paid for the whole thing.

I could tell you tales of celebrity talent showing up four hours late to a giant set and not knowing the words to the song they "made" for the spot, or about the new camera that never quite worked, or the memory card that was corrupted with the whole commercial in it. Or how about the time the client fired the agency and then we had to do this one last job with them. Or having 500 extras and the honey trucks [portable bathrooms] are no longer in service.

But for me, the scariest production story is seeing those tiny water bottles on our sets. The little, little ones. It's an environmental nightmare, and every time I think we've overcome the issue, I'll show up to set and see those little suckers just staring at me! We need to do better when it comes to green production.

We're in the Mojave Desert, which is the driest in the U.S., and indeed in all of North America. It really never rains there; it gets something like two inches a year. Just as we're getting to our location spot, a raging storm starts up. I'd never seen anything like it. They forbade us from getting out of the cars, so we all had to sit around and wait. It was two hours of watching lightning strike all around us, terrified it's going to hit one of the cars, because what else is it going to strike in the middle of the desert? Things went comparably smoother after that, but those two hours were among the scariest of my life.

A military coup broke out in Bangkok four days before we launched a major activation on the Chao Phraya River in Bangkok. The junta closed down all waterways and imposed a curfew after 10 p.m., and security protocols meant the whole agency team had to be evacuated from the city. Two days later, though, we were back. 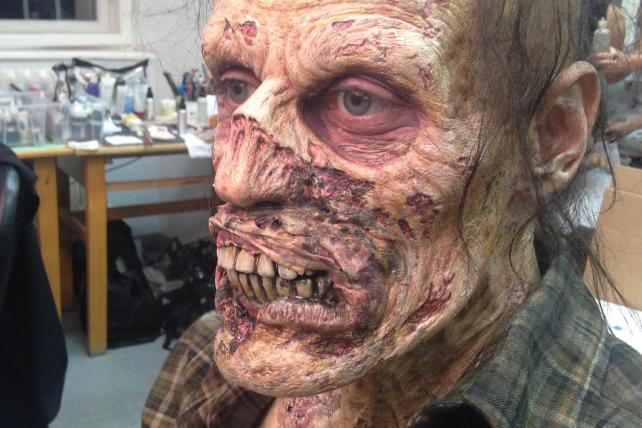 Makeup artists had to tone down the zombie looks on a CP&B set in Budapest.
Credit:
CP&amp;B

We were in Budapest shooting a global commercial for the launch of Xbox One with director Bryan Buckley. In one scene, a group of zombies from the game "Dead Rising 3" enters a library to invite a college student to come with them into the game. A team of makeup artists from Legacy Effects out of L.A. were there to turn a bunch of Hungarian actors into very specific zombies from the game. Two CP&B producers and I visited the makeup area in another part of the school and saw the zombies. They were terrifying. Way too scary for prime-time network clearance. Even for zombies. I remember thinking that my son, Theo, who was only 7 at the time, would have nightmares for months if he saw them.

We spoke to Buckley about dialing them down a bit. He agreed, but they'd already started to rehearse the action on set. The playback monitors in video village, where we were sitting with the clients—all of whom were just trying to stay awake—were connected to two live cameras in the library. I immediately asked the video tape operator to "cut the feed," but he didn't understand the English expression, so one of our producers just unplugged the monitors himself. It was too late. The clients, visibly shaken and now wide awake, saw the zombies and were horrified. And not in a good way.

We sent the zombies back to makeup for another two hours.

We were on a film shoot in Iceland. It was the dead of summer, which meant it was daylight most of the time. This made it extremely hard to rest. We stayed in what felt like a hostel in a remote area far from Reykjavik.

My partner, our producer and I heard about a natural hot spring in the area. We were warned by the locals that it's a private spring, and one local told us, "Stay away from the hot spring if you see a car in the area." It only fueled our curiosity more. He went on to give us vague directions at best: "Take a left at the fallen tree. A right at the old barn. Then look for the steam rising from the distance. Again: Do. Not. Proceed. If you see a car." Nonetheless, the three of us set out, hell-bent on discovering the hot spring.

After what felt like hours of searching the barren, desolate tundra in the middle of the night, we came upon a rising plume of steam in the distance. And as we got close to the steam, we saw it—a car! Still, we proceeded. We got out of our rental car and walked toward the hot spring. As we crested a small hill, the hot spring came into view. There, we encountered a frightening sight: an elderly couple. Naked. With Champagne, to boot!

But that wasn't the end of the horror: They invited us in!

As a creative, I worked on a certain orange soda brand. We wrote an ad that basically had kids pouring that orange drink on the snowy rooftop of a building and then running a snowblower over it. The idea was that when the snowblower sent the orange snow over the side of the building, all the neighborhood kids would come together and catch it on their tongues. Magical, right? Not really. The orange snow never looked orange against the dirty building, and thus it appeared that the children were catching urine in their mouths.

A number of years ago, we were shooting at the Warner Grand Theatre in San Pedro. It's one of those beautiful old movie palaces. It was built in 1931, and the manager regaled my director and I with all of these tales of the ghosts that haunted the theater—the most famous of which was a young woman who would come out on the stage and sing at night.

We didn't make much of it, but a few hours later, my director was using one of the bathrooms on the lower level. While he was washing his hands, an old man in a tattered white shirt came into the bathroom and sat silently in this old velvet chair in the corner. My director thought it was a bit odd, but said hello and turned to leave. Realizing he had left his notes, he turned back, but the man had disappeared! He looked everywhere and then came and got me, and we looked through every room on the lower level, but no one was there. We went down the call sheet, but were sure he wasn't anyone from our crew. At wrap, we found the manager and told him the story—and he confirmed it was one of the Warner ghosts!

Creativity Editors
View all articles by this author 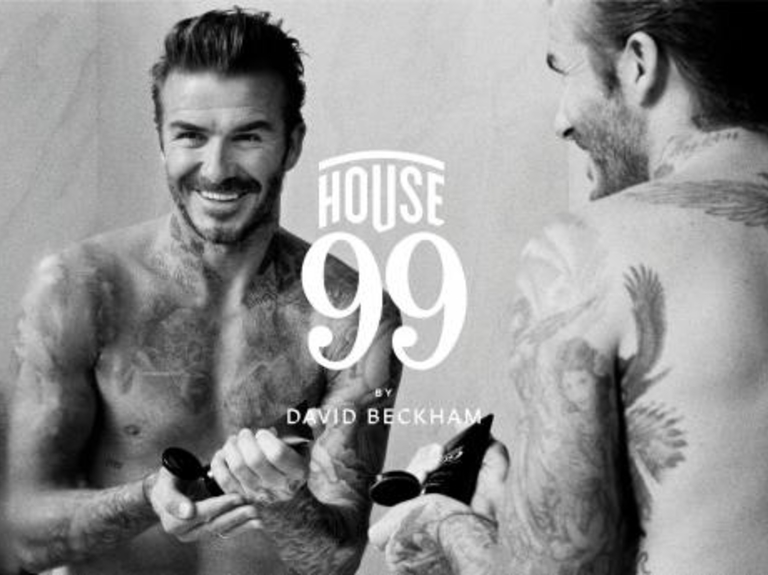