The Winners Are Here: The 5 Best Ads From U.S. Hispanic Awards | Ad Age
Skip to main content
Sign In Register

The Winners Are Here: The 5 Best Ads From U.S. Hispanic Awards 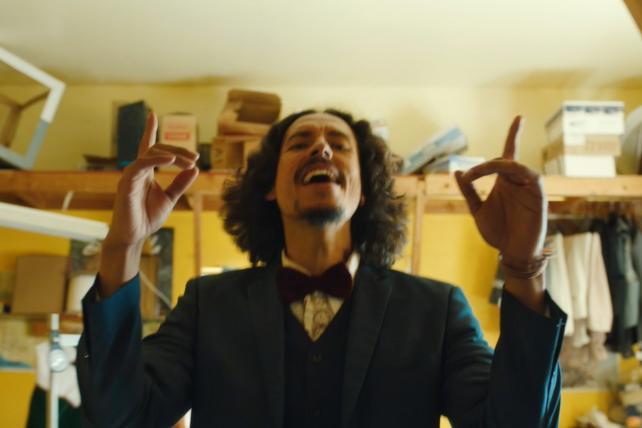 This year, the five best ideas in the U.S. Hispanic market were driven by clever use of Latin culture, ranging from work that resonates mostly int the U.S. to campaigns that have also become hits on the international awards circuit.

The winners of the U.S.H. Idea Awards, organized by creative group Circulo Creativo and celebrated at an event Friday in Miami, include the top five ideas selected from all the entries. The awards are among the first since Publicis Groupe's CEO Arthur Sadoun announced his ban almost four months ago during the Cannes Lions festival on Publicis' creative agencies entering award shows for a year. Entries were down significantly, with three Publicis shops unable to enter the U.S. Hispanic awards this year: Conill and Lapiz, the Hispanic agencies for Saatchi & Saatchi and Leo Burnett respectively, and The Community.

"Those three big agencies usually enter a lot of pieces," says Gustavo Lauria, Circulo Creativo's chairman. "We felt the impact, and it's something I think we'll see in Cannes, for sure, and all the festivals."

Here are the top five ideas:

1. Diageo's "Keep Walking America" for Johnnie Walker, by Anomaly: This Best of Show wasn't an award winner at big ad festivals like Cannes, but the jury embraced it as the perfect ad at the perfect moment. The spot debuted on Inauguration Day in February, and depicts a joyous stroll through multicultural America. Los Angeles-based funk quartet Chicano Batman walks through streets, shops and bars (where Johnnie Walker is served and sampled) as charismatic lead singer Bardo Martinez belts out "This Land Is Your Land." A message at the beginning of the spot explains in Spanish that Johnnie Walker brought back this popular old American song as a message of hope for the whole country, including the Hispanic population.

"Like all great advertising, the pertinence and timing and boldness was right on the spot," says jury president Humberto Polar, chief creative officer of Grey Mexico. "It was a very relevant message at a moment when the Hispanic community could feel uncertainty about the future."

The spot ends with the words: "Here's to moving forward together. Keep walking America."

3. Major League Baseball's "Ponle Acento" ("Put an Accent on It"), by LatinWorks: Recognizing that 27 percent of the league's players are Hispanic, and that correct spelling of many of their names calls for accents and tildes, LatinWorks added an accent to the MLB logo, and to players' names on the back of their jerseys.

"It brings awareness to something that could be completely lost—the way we write Spanish words," Polar says. "This campaign feels like recovering not just the accents, but identity. Even though it's a little [accent] sign, it means a lot."

"Sometimes we forget safety should be one of the number one features in cars," Polar says. "The simplicity portrays what Volvo stands for. It's an idea that should become a sales tool for this brand."