Making a Mark: The Good, the Bad and the Ugly of Recent Logo Redesigns | Ad Age
Skip to main content

Making a Mark: The Good, the Bad and the Ugly of Recent Logo Redesigns

Using logos as visual shorthand dates back at least as far as the Lascaux cave paintings. These days, of course, there are myriad ways for brands to get their messages out—so it's all the more remarkable that a single image remains the most efficient means of communicating. Imagine a McDonald's campaign without the golden arches.

When we reimagined Ad Age, we started with our logo. To embrace the strength of our heritage, the new nameplate evokes Ad Age's founding as a broadsheet in Chicago in 1930, with a sans serif wordmark that spelled out "Advertising Age" in the Kabel typeface, a design created by founder G.D. Crain Jr.

That nameplate evolved over the years, including the customized drawing featuring Moderno created by Roger Black in the '90s, later updated by James Montalbano in 2015. But it was starting to feel stodgy.

Working with design firm OCD and typographer Tobias Frere-Jones, we conceived a new, abbreviated logotype that embraces the sensibility of Crain's original while springing it forward. The descending "g" serves as a focal point that acts as a purposeful, consistent clip, and can be affixed to whatever deserves your attention—from headlines to images to critical data—while serving as a building block of the entire branding system.

To mark our logo redesign, we look back on other notable overhauls, including some brilliant successes and some epic fails.

2017
When Airbnb dropped its script-based logo for the singular "Bélo" symbol in 2014, there was a frenzy over its resemblance to, well, lady parts or, depending on your perspective, a butt. Or both! Three years later, the logo remains. What's not around? The v-jokes. The brand worked with London-based DesignStudio on the marque to illustrate "Belong Anywhere." The goal was to create something that "anyone could draw—something that transcended language," DesignStudio explains on its site. The logo is also meant to convey four concepts: people, places, love and the Airbnb brand.

2014
In May 2016, Instagram streamlined its old-school camera symbol to a simpler graphic representation. The new rounded square, circle and dot set against a multicolored gradient of hues aimed to represent the diversity of Instagram users. "The old camera icon told you what Instagram was and what it did: It took pictures and had filters you could use to make the pictures look old-fashioned," wrote Liam Stack in a New York Times piece, "The Great Instagram Logo Freakout of 2016." The design change didn't deter user growth, however. By December 2016 the platform hit 600 million users, and as of April 2017 it jumped to 700 million.

2016
Cadillac dropped a chunk of old-fashioned iconography from its logo by losing the long-familiar wreath in January 2014. Created in-house by Nathan Korkus at the company's Brand Identity and Badging Studio, the revamped emblem includes a stretched-out version of the brand's coat of arms. The symbol aims to convey a sleeker, less flashy profile as part of an effort to attract a younger demo. The modernization may be working: According to the company's most recent reporting at the beginning of August, global sales were up 23.1 percent year-to-date.

2014
Though the space theme is once again omnipresent in marketing, NASA remains the icon of aeronautics. Its logo, in place since 1992, features a sphere that stands in for a planet, stars representing space, an orbiting spaceship and more. It's a riff on the original 1959 version, affectionately known in aeronautics design circles as "the meatball." In 1975, NASA switched to a simpler and more era-appropriate "worm" wordmark, but in the early '90s then-NASA administrator Dan Goldin felt a return to the meatball would help "invoke memories of the one-giant-leap-for-mankind glory days of Apollo and show that 'the magic is back,'" historian Steve Garber writes on the organization's site. The classic vibe feels very today, given consumers' infatuation with all things retro, and you'll find the meatball on T-shirts sold at big retailers including Target, Old Navy and H&M.

1992
Sometimes it's woe to the marketer that messes with a classic logo. JCPenney learned this in 2011 when it changed its straightforward JCPenney nameplate to all lowercase in sans serif type, with the first three letters enclosed in a red box. The retailer called it the "most meaningful update to the company's logo in 40 years." Not meaningful enough. In 2012, after then-CEO Ron Johnson was hired to bring the retailer into the 21st century, the logo was changed to "jcp" in a blue box at the top left corner of a red-framed white square, suggesting an American flag. But Johnson's tenure proved catastrophic, and the patriotic symbol had a short shelf life. In 2013, the logo returned to the original, pre-2011 wordmark. 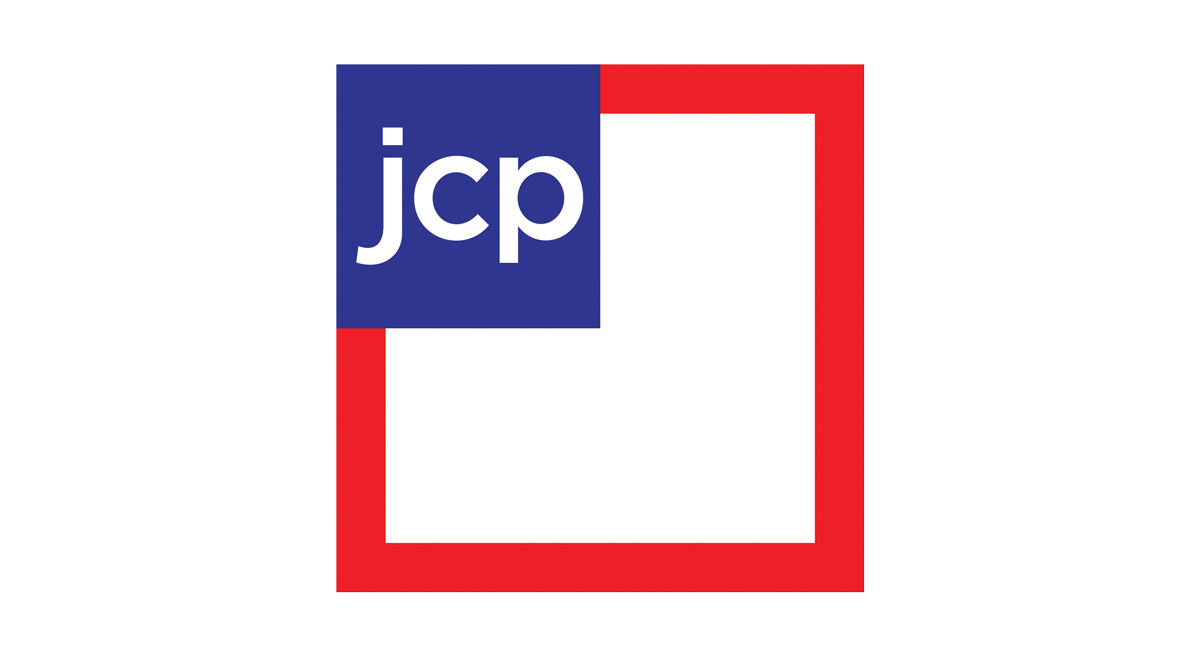 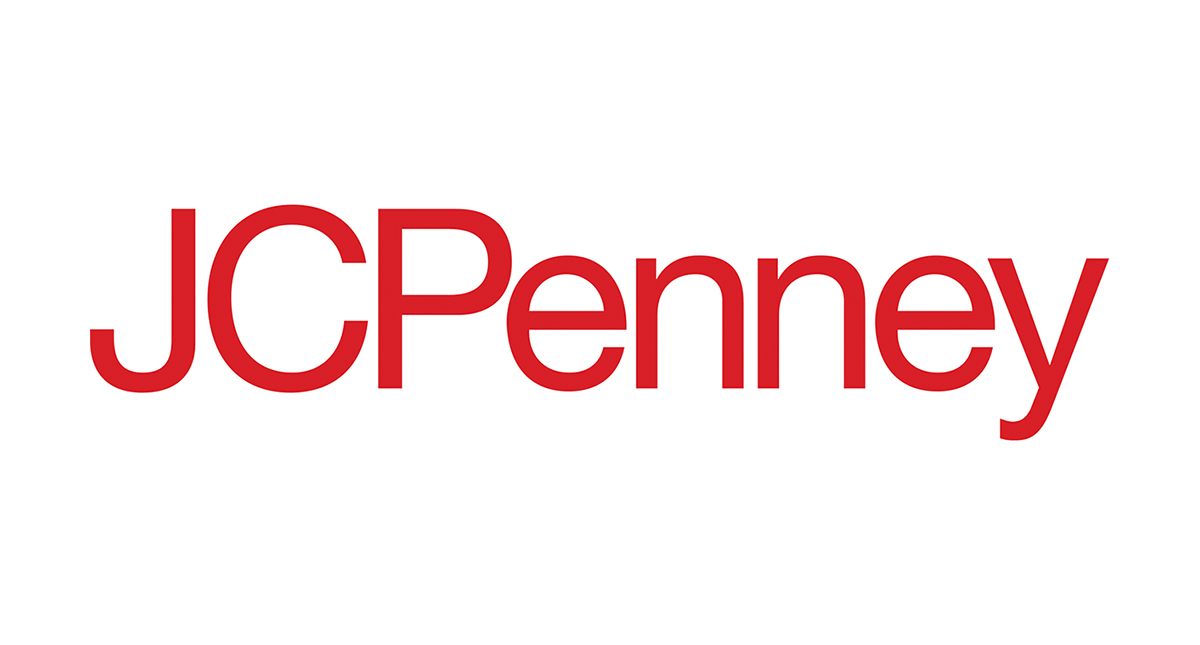 2013
JCPenney's doomed logo lasted an eternity compared to this disaster. In October 2010, the Gap replaced its simple, non-offensive name-in-a-blue-box for a symbol that looked like the result of an extreme exercise in blandification: the Gap name, in Helvetica, randomly adorned with a blue square gradient over the "p." It was slaughtered on social media and the retailer pulled it within a week, going back to the blue box with its white uppercase letters. If you blinked, you would have missed it. 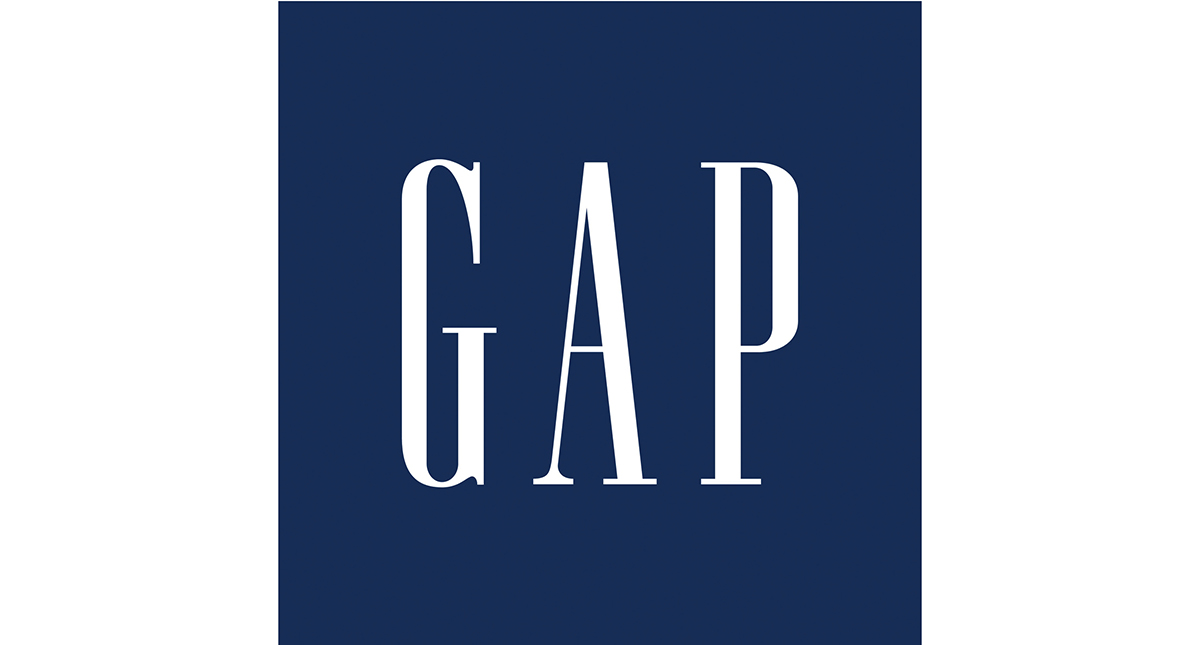 2010
Designers Mike Deal and Juan Carlos Pagan created the original classic script Pinterest logo in 2010. In 2011, while wanting to avoid something explicitly thumbtack-y, they settled on a pin concept, evident in the brand's badge with a single "P" and a new wordmark. This year, while retaining the badge, Pinterest dropped the wordmark for one with a plain sans serif font. As designer and critic Armin Vit described in his blog Under Consideration, "It's like a 1960s corporate identity got dropped ... next to this friendly 'P' mark and the two look like a hippie and a business executive in line at the grocery store, brought together by circumstance more than mutual agreement."

2017
In June 2000, Amazon.com tapped design agency Turner Duckworth to convey founder Jeff Bezos' mission to make the company "the most consumer-centric brand in the world," Turner Duckworth explains on its website. The firm reshaped the downward-sloping yellow line under Amazon's name in the original logo to an upward curving smile-like arrow that travels from the letters "A" to "Z" to connote that it sells, well, a lot of different stuff.