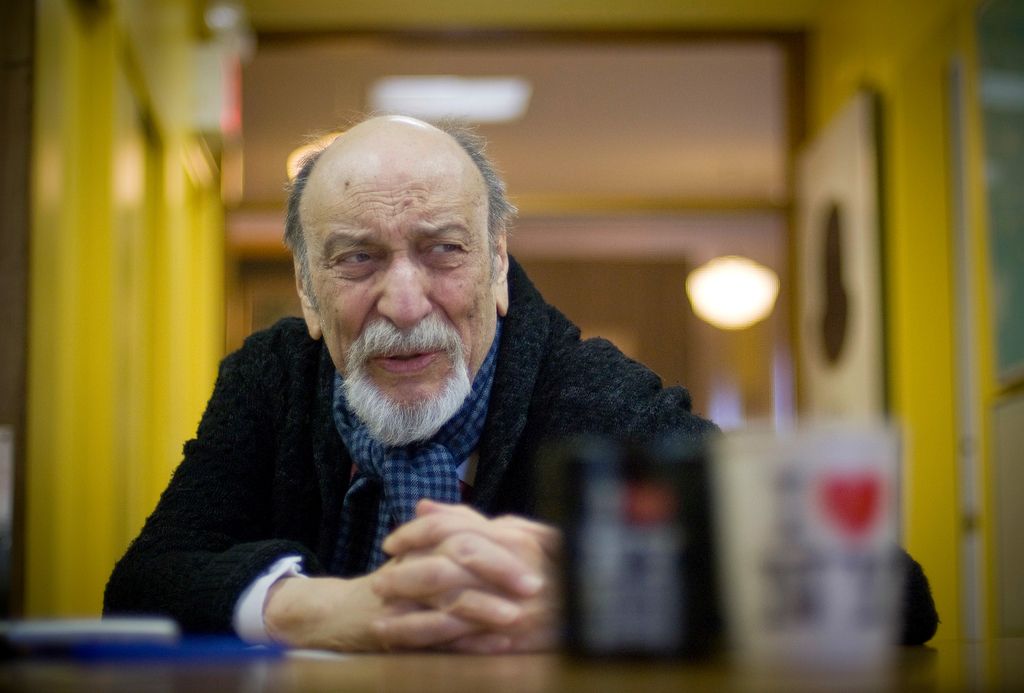 Milton Glaser, the U.S. graphic designer known for creating the “I ♥ NY” logo emblazoned on millions of T-shirts and souvenirs, died Friday in Manhattan on his 91st birthday, the New York Times said, citing his wife Shirley Glaser. The cause was a stroke.

Iconic images that Glaser crafted include a 1966 poster of Bob Dylan with psychedelic hair and the logo for New York Magazine, which he founded with Clay Felker in 1968. While serving clients as diverse as colleges, publishers, beverage makers and music producers, Glaser was the only graphic artist to have one-man shows at both the Centre Georges Pompidou in Paris and the Museum of Modern Art in New York. He was awarded the National Medal of Arts in 2009.

“He redefined the way people communicate through innovative graphic design, creating memorable visual artifacts that challenge contemporary artists and delight all Americans,” the National Endowment for the Arts wrote on its website.

Glaser designed the “I Love New York” trademark–using a heart symbol for the word love and initials NY for New York -- for a 1977 state tourism campaign. Available for license, it’s one of the most recognized logos of modern times, according to the state website.

A commercial artist who worked with pencils, pens, brushes and crayons rather than on a computer, Glaser disliked pompous representations of “high art.” He taught students that it was more important to consider the audience than to blindly follow an urge for self-expression, and said the designer should never adhere to a particular style.

“In terms of beauty, I never understood why designers felt they had to believe in anything,” Metropolis Magazine quoted Glaser as saying in 2003. “You can’t trust style. It’s only a device for encoding material in a certain form, so why develop a sense of allegiance? It’s a kind of design fundamentalism.”

His work was the subject of a 2009 documentary by Wendy Keys, “Milton Glaser: To Inform and Delight.”

Milton Glaser was born on June 26, 1929, in the Bronx, New York, to Eugene Glaser and the former Eleanor Bergman, immigrants from Transylvania. His father, a tailor, wanted Milton to be a doctor or lawyer, according to a 2009 profile in Hadassah magazine.

“My mother was enormously supportive without qualification,” Glaser said in an interview with Step-by-Step Magazine. “She convinced me I could do anything. My father was more resistant. He represented the resistance of the world.”

At age 13, he began taking art classes with Moses and Raphael Soyer in New York. He lost his desire to become a cartoonist after hearing a lecture on the painter Paul Cezanne while attending Manhattan’s High School of Music and Art.

Glaser continued his studies in 1948 at Cooper Union for the Advancement of Science and Art in New York and won a Fulbright scholarship to study under Giorgio Morandi at the Academy of Fine Arts in Bologna, Italy. In 1954, Glaser and some former classmates from Cooper Union founded Push Pin Studios.

After doing work for Signet Books on a Shakespeare series and producing a subway poster for a New York radio station, Glaser made his mark in 1966 with the Dylan poster, which was distributed as an insert with the songwriter’s “Greatest Hits” album. Inspired by artist Marcel Duchamp, the poster appeared in films and magazines and remains available in reproduction.

He teamed with Walter Bernard in 1983 to form WBMG, a New York-based firm that designed or redesigned magazines such as Time and newspapers including the Washington Post.

Glaser received a lifetime achievement award in 2004 from the Smithsonian’s Cooper-Hewitt National Design Museum, and his work is on permanent exhibition at the Museum of Modern Art in New York.

“I fear retirement more than death,” Glaser said in the Hadassah interview. “I don’t remember who said it, ‘The best way to die is in the middle of your work.’ So I’m hoping for that.”