How Sears Got Into the Data-Services Game

Would you hire Sears to manage your data strategy? 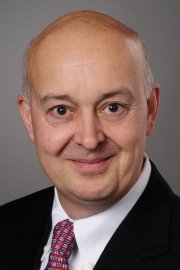 The troubled retailer known for brands like Kenmore and Craftsman is promoting a business-to-business brand called MetaScale that does just that.

Around three years ago, Sears embarked on an internal initiative to make its legacy data systems faster and able to offer more cost-efficient analyses for things like pricing and targeted offers. At the heart of that project was Hadoop, the file system employed by just about every company looking to transform traditional data operations to enable speedier access and analysis.

Like many large department stores, Sears has a slew of customer data. It has "well over 100 million customers that we know details about," said Philip Shelley, chief technology officer of Sears, who serves as CEO of MetaScale, while speaking at the 2012 Hadoop Summit last June. Mr. Shelley is one of a few execs who hold dual Sears/MetaScale roles. The others shall remain nameless for fear they could be snapped up by competitors, he said.

It might seem curious that Sears' data-management systems are sought after considering the company is under intense scrutiny as it shutters stores amid weak sales. Sears Holdings reported a $930 million loss in 2012, with sales falling $1.7 billion. The year before that, the company lost $3.1 billion as sales slid $1.1 billion.

But since unveiling MetaScale about a year ago, Sears seems to be making a more positive name for itself -- at least in the burgeoning Hadoop-focused data community.

The company was among a handful of firms chosen by around 6,000 Hadoop users to run a conference track at the 2013 Hadoop Summit in San Jose, Calif., in June.  Among others were Netflix and Yahoo.

So, why would a nearly 130-year-old company venture into an emerging data-services sector? It was a natural progression. Sears was "leading edge in terms of the use of these big-data tools," said Mr. Shelley, who increasingly found himself sharing knowledge with other large companies seeking advice about how to modernize their data systems.

"They asked how they could use some of the same techniques. I used to do that on a voluntary basis on a phone call," he said. "We said, "This looks like a commercial opportunity here.'"

Today, MetaScale serves clients in financial services and health care, though it would not reveal any client names or the numbers of its clients and employees.

MetaScale customers typically host data in their own facilities, though Sears warehouses some client data for backup and redundancy purposes. Sears' own data resides in its Michigan data facility. The retailer provides its people and knowledge for its clients, but its own data and systems are kept separate, Mr. Shelley said.

Though MetaScale competes on some levels with data-platform companies Cloudera and Hortonworks, Mr. Shelley said he believes there's a lot of room for additional players. "There's a huge need there," he said. "It's only just emerging."