What's this?
This content is created by an Ad Age Publishing Partner. Find out more about this program.
Deloitte Digital

You Are Average - and That's Just Fine

You are average. That's right, even if you're a well-paid ad executive. Your big expense account and membership to an exclusive creative club don't matter.

You, my friend, are average. And that's OK.

It's not surprising that most of us in the ad world don't think we're average. Rather, we associate average with someone or something other than ourselves. Something that exists in the space between—in the middle. Somewhere else. In the places we talk about, talk to, sell to—but we don't want to believe it's us. Except, by the numbers, it is us.

I know that you don't feel average. That's because the "average American" has completed 12.9 years of school, with a yearly income of $73,000, and lives with their 1.87 children in a 2,400-square-foot home. That home is 6.7 miles from their local big-chain grocery store, where they buy 668 eggs, 425 pounds of meat and 86 pounds of cheese every year. Most of us in this business struggle to see ourselves in this definition. But almost no American, no matter where they live or what they do, sees themselves in this profile.

So how is it possible that all of us—and none of us—are average?

Working as a head of strategy for Heat, it's my job to understand who we're trying to reach. In order to get to the crux of this disconnect, I wanted to stop using data to simply provide answers about the average person and start using it to ask the right questions in the first place. In doing this, I realized the question isn't whether or not each of us is average—the question is: Which average is each of us a part of?

I surveyed 1,100 Americans personally—asking where and how they live, what they think about (trends, food, media, politics, brands) and how they feel. Through that work, I discovered the divide that we all have sensed. The results showed that the United States is made up of two very different sets of average Americans. One shade of average is the 32% of people living within the top 10 media markets by population: New York, Los Angeles, Chicago, Philadelphia, Dallas, San Francisco, Boston, Washington, Atlanta and Houston. The second type of average is the 68% of people who live in the other 200 media markets.

In the survey, I asked about people's familiarity with various cultural phenomena, their eating habits, exercise habits, shopping habits and their views on political issues. As you might expect, differences in these groups were significant—in beliefs, behaviors and values.

Here's a quick smattering of examples. In the top 10 media markets:

In the other 200 media markets:

These are two very different groups of people. And it's worth recognizing that a 1% difference between these groups signifies millions of people.

While some of the differences listed above may seem silly, the important thing is that the numbers demonstrate in part what those of us in the ad industry already feel: Most of us who are making the ads are in a completely different bubble from a large number of people who see the ads.

When it comes to what most of us think about average people, a quote attributed to Mark Twain says it best: "It ain't what you don't know that gets you into trouble. It's what you know for sure that just ain't so." As ad folks, we often make vast assumptions about everyone around us, the people who buy our clients' products and the people who still make those products in our country. We talk to them and at them, but we aren't listening.

Data is a powerful tool, and one that the ad world likes to think can lift us out of our ignorance about "other people." But the real problem isn't actually ignorance, it's the preconceived ideas we hold that block key insights. Because the difference between data and insights is empathy. Data tells us answers while empathy asks the right questions in the first place.

One of our biggest objectives as advertisers is to change attitudes or behavior. And the only way to be successful is to find the incentives and messages that inspire people to do that. Yet, as a collective, people in advertising often don't empathize, but simply generalize. The consequence of overgeneralizing is that we risk becoming positively tone-deaf to the realities of the world around us.

A language barrier exists between our two sets of average in America. As marketers, we share the blame. We don't ask the questions that help us understand what makes people think or feel a certain way. And when we disagree with the "other average" that we see in the data, we find it all too easy to personally and professionally reject their perspective outright rather than trying to get to the root of it. This is what leads to hackneyed marketing.

After all, how can you create effective incentives to change behavior if you don't understand the reason behind the behavior in the first place? Missing the mark on this costs money. It costs time. Simply put, we don't understand "average." And until we do, we're going to continue failing the clients we serve.

There's beauty in the average. Embrace your own averageness, then take a moment to embrace somebody else's. You'll be amazed at the possibilities it opens not only for the work we make, but also for the world around us. 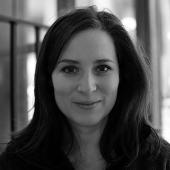 Maggie Windsor Gross is the head of strategy for Heat + Deloitte Digital New York. She joined the agency shortly after the award-winning creative agency was acquired by Deloitte, and since then has been building out the East Coast presence of the creative consultancy. Her work and ideas have been featured in the New York Times, Harvard Business Review, The Wall Street Journal, and the Smithsonian Museum. You can contact her for more information on the D&I Heat Test at [email protected].