The next frontier in digital advertising

As Apple and Google have strengthened their privacy rules, many of the largest ad platforms have begun to “lose signal,” meaning they can no longer effectively target specific audiences based on past viewership habits. Advertisers in the consumer packaged goods (CPG) industry are reporting 30% increases in their cost to activate new customers from digital ads, with click-through rates often dropping below 1% and many of those clicks being accidental. Media buyers are searching for a way to make their current tactics work harder at driving conversion, and they want bottom of the funnel results that are more directly measurable—not just modelable.

Where advertisers are turning next

In this challenging environment, many leading advertisers are ramping up investments in performance marketing. Performance marketing allows an advertiser to pay on a per sale basis rather than on a per impression (CPM), per click (CPC), or per print basis (CPP). The appeal is obvious: Advertisers only pay when their ads “work,” meaning when the ads result in a verified sale of their product, either in-store or online. Advertisers know in advance exactly what they will pay per sale and no longer rely on more debatable statistical models to determine how much each campaign or tactic led to sales lift. As targeting based on “likes” and Google searches has gotten harder, performance marketers can now target their ads based on the most valuable data: the actual purchase behavior of each consumer.

Getting CPG advertisers in on the action

The basic concept of performance marketing is nothing new. For years, online retailers have relied on affiliate marketing, a form of advertising that allows them to pay publishers a fixed, pre-negotiated percentage of any online sale generated by their ads. This year, affiliate ad spend will eclipse $8 billion in the U.S. alone—double what it was in 2015. Globally, affiliate ad links account for 15% of all sales generated by online retailers.

For CPGs, ads are still sold on a CPM or CPC, rather than a fee per unit sold, basis. Until now, performance marketing remained untapped because there was no equivalent to the national affiliate network for online retailers. Before significant dollars could shift over to a new, pay per sale paradigm, there needed to be a way to track the entire funnel, from the ad click down through to the item-level purchase, across multiple retailers. With over 85% of all CPG products still sold in stores, any viable performance marketing network had to be capable of tracking item-level purchases offline as well as online. And this network had to reach hundreds of millions of consumers every day to make the shift in investment meaningful for advertisers. This combination of factors never existed—until now.

Pay per sale, at scale

I founded Ibotta on the premise that it is more cost effective to give consumers a small reward to try a new product than to bombard them with display ads online. Over the past decade we built the industry’s first pay per sale platform for digital promotions and had our mobile app downloaded over 40 million times. We have worked with over 2,000 different CPG brand partners and given away more than $1.2 billion in cash-back rewards. What we learned along the way is that cash-back rewards are an extremely efficient way to drive sales and encourage trial, leading to authentic endorsements from shoppers who first discovered the brand due to a reward. For all its benefits, however, our system still lacked the scale necessary to command the lion’s share of an advertiser’s marketing budget.

Several years ago we set out to change that by building the Ibotta Performance Network (IPN)—a new way for CPG advertisers to combine marketing efficiency with Super Bowl scale. With the IPN, advertisers can distribute digital promotions through a large network of publishers in a coordinated fashion, all at once. Through Ibotta’s partnership with Walmart and other large retailers, it is now possible to reach digitally engaged consumers on the most prominent retailer websites in the country, as well as consumers on Ibotta and other large third-party publishers across the network, through a single interface that allows brand managers and media agencies to control their direct response strategy nationally. Offer setup, anti-stacking, fraud mitigation, budget caps, campaign performance reports and billing are all handled through a single interface, which is effectively a trade desk for digital promotions.

The IPN is launching with the support of many of the world’s leading CPG brands and retailers. Its unprecedented scale and pay for sale efficiency have already caused many of the world’s largest CPG advertisers to revisit their marketing budgets. For these partners, performance marketing nicely complements their brand-focused upper funnel tactics, helping drive better conversion from those ads and improving overall ROI. Ultimately, the success of the IPN will help determine whether performance marketing can become the primary investment vehicle for CPG marketers. Regardless, it is clear that performance marketing will continue to grow within the CPG marketing mix, and next generation advertisers and media agencies will benefit from perfecting it.

The Ibotta Performance Network is the CPG industry's leading performance marketing network. With a reach of more than 120M consumers across the country’s top retailers, Ibotta delivers promotions at unprecedented scale with performance marketing efficiency. The IPN is a one-stop shop where advertisers can reach consumers during their shopping journey and improve performance across all of its marketing channels, with unparalleled precision and measurability. 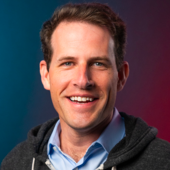 CEO Bryan Leach founded Ibotta in 2012, when he realized the need for an innovative approach to performance marketing. As a leading performance marketing network, Ibotta powers some of the largest white label loyalty programs in the world, including Walmart’s first ever digital item-level offers program, which reaches over 120 million U.S. customers each month. Bryan has been named a Top 10 CEO in the U.S. by Glassdoor.com, CEO of the Year by ColoradoBiz, and EY Entrepreneur of the Year for the Rocky Mountain Region. Prior to founding Ibotta, Bryan was a partner at a leading law firm and clerked for Justice David Souter at the United States Supreme Court. He is a graduate of Harvard, Oxford (Magdalen College) and Yale Law School.