The little kitty was a online sensation, raising more than $700,000 in support of animal organizations
READ THIS NEXT
WhatsApp delays updated privacy policy after user confusion, backlash 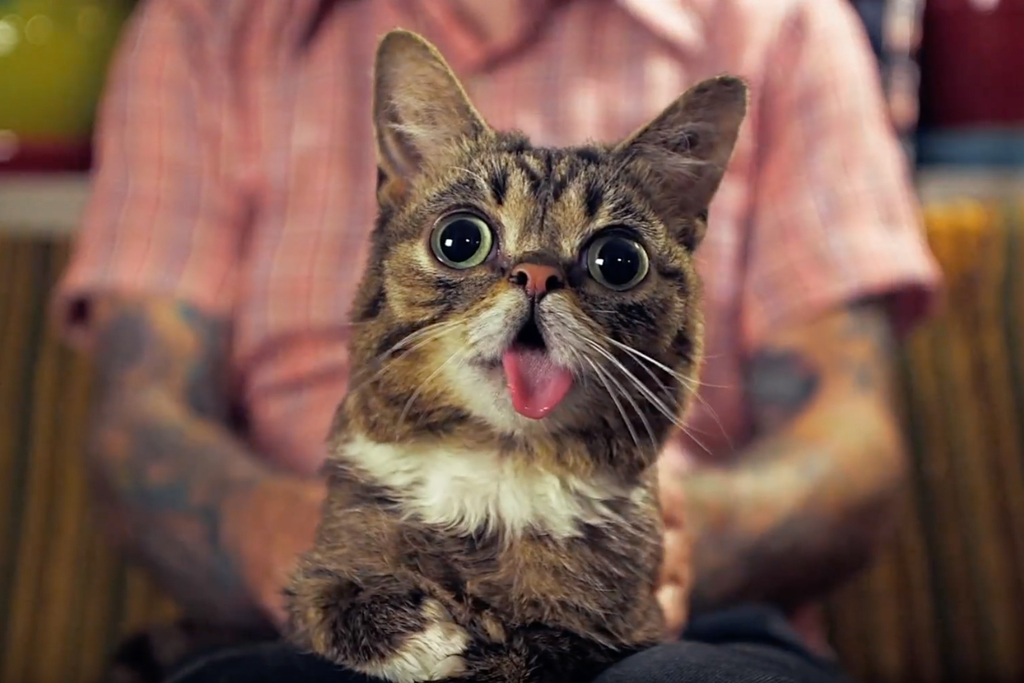 The internet has lost another celebrity cat who grew to prominence with the rise of social media.

Lil Bub, the droopy-tongued, wide-eyed dwarf kitty passed away on Monday at the age of 8 due to bone infection. Bub’s owner Mike Bridavsky announced the news to the cat’s 2.3 million-plus followers on Instagram.

Lil Bub rose to influencer status in 2012 when her signature look landed on the front page of Reddit. Although she did not lend her paws to product endorsement as much as other feline influencers like Grumpy Cat, in 2019 she began to endorse products like CBD oil, kitty litter and cat food. Plus, Bub had a book deal, her own documentary, extensive merchandise line and made multiple appearances through her short life, mostly on behalf of organizations supporting cats with special needs. Bridavsky told The New York Times that Bub raised more than $700,000 for animal organizations.

Here, we look back at Lil Bub’s fruitful advertising career, one that any human influencer would envy.

Cat food brand Halo partnered with Lil Bub to sell chicken stew-flavored cat food, with a giant image of Lil Bub on the packaging. Each purchase of the special pack contributed 10 cents to PetSmart Charities and another 10 cents to the Halo Pet Foundation for cats with special needs. 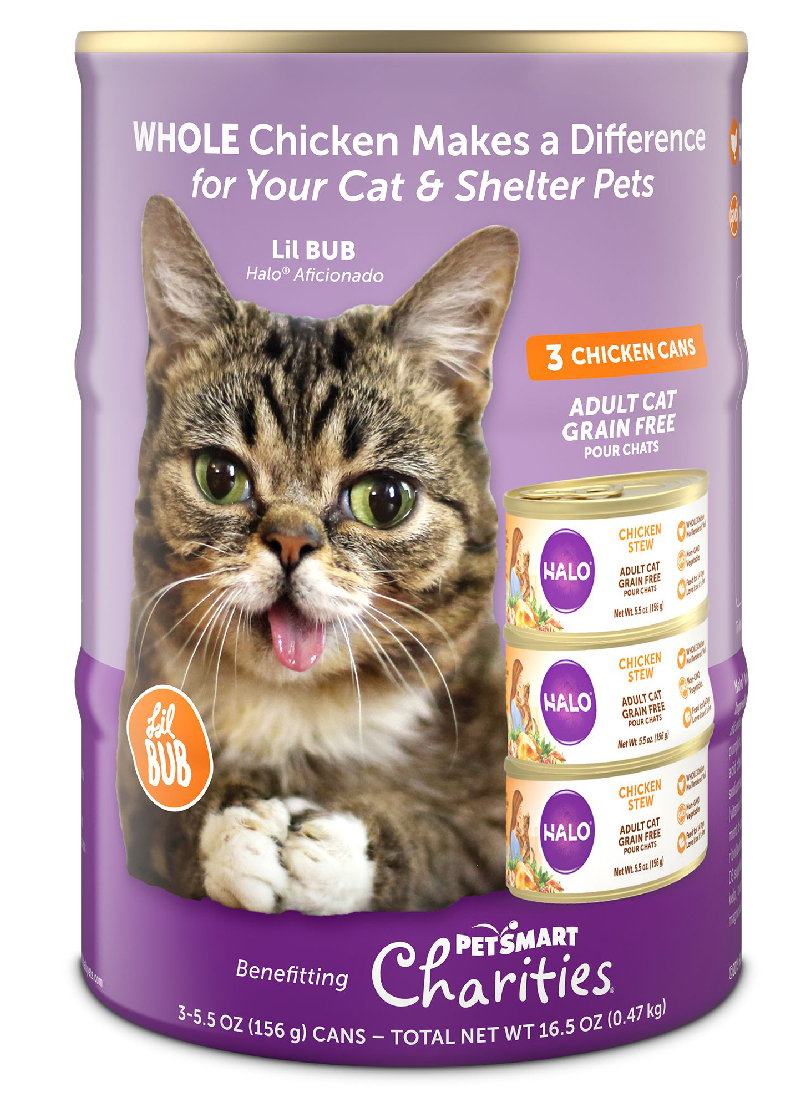 Just this past year, Lil Bub began endorsing CBD oil as a treatment for pets with joint pain. Bridavsky appears in one Facebook video, where he reveals a large tattoo of the lovable cat on his rib cage. Bridavsky writes that it is the way he feeds her the cbdMD oil every morning before offering a 20 percent discount with the code BUB. Another Facebook post suggests Lil Bub used the oil to sleep more soundly.

Lil Bub partnered with Scoop Away to create a limited-edition box (on which her face appears, of course). In this Twitter video from May, Lil Bub is seen purring at Bridavsky that she has to pee but they’re out of kitty litter. Lil Bub is seen on a laptop scrolling for the Bub Box. When she finds it, she squabbles: “Let’s get A LOT!”

The amazing new BUB Box from Scoop Away litter is Limited Edition, so BUB made me buy 500 of them. Please get yours before BUB buys them all! #ad #throneoflitter #gameoflitterthrones pic.twitter.com/esWHxLjPmX

This cool cat even has her own 8-bit influenced synth rock album, and in vinyl no less. Lil Bub worked with musician Andrew W.K. to release "Science & Magic: A Soundtrack to the Universe." The album, which is avaiable in CD form, on Spotify and as a forest-green vinyl, is comprised of songs like "Hello Earth" and "Assimilation," playing off the storyline that Lil Bub is from another world. Bridavsky has described her as looking like an alien.

"BUB is more than just a 'muse'; she wrote this music and used the musicians on this album ... as her creative vessels to get the music from inside of her spirit and into your mind," is how Andrew W.K. describes the album in its description online. 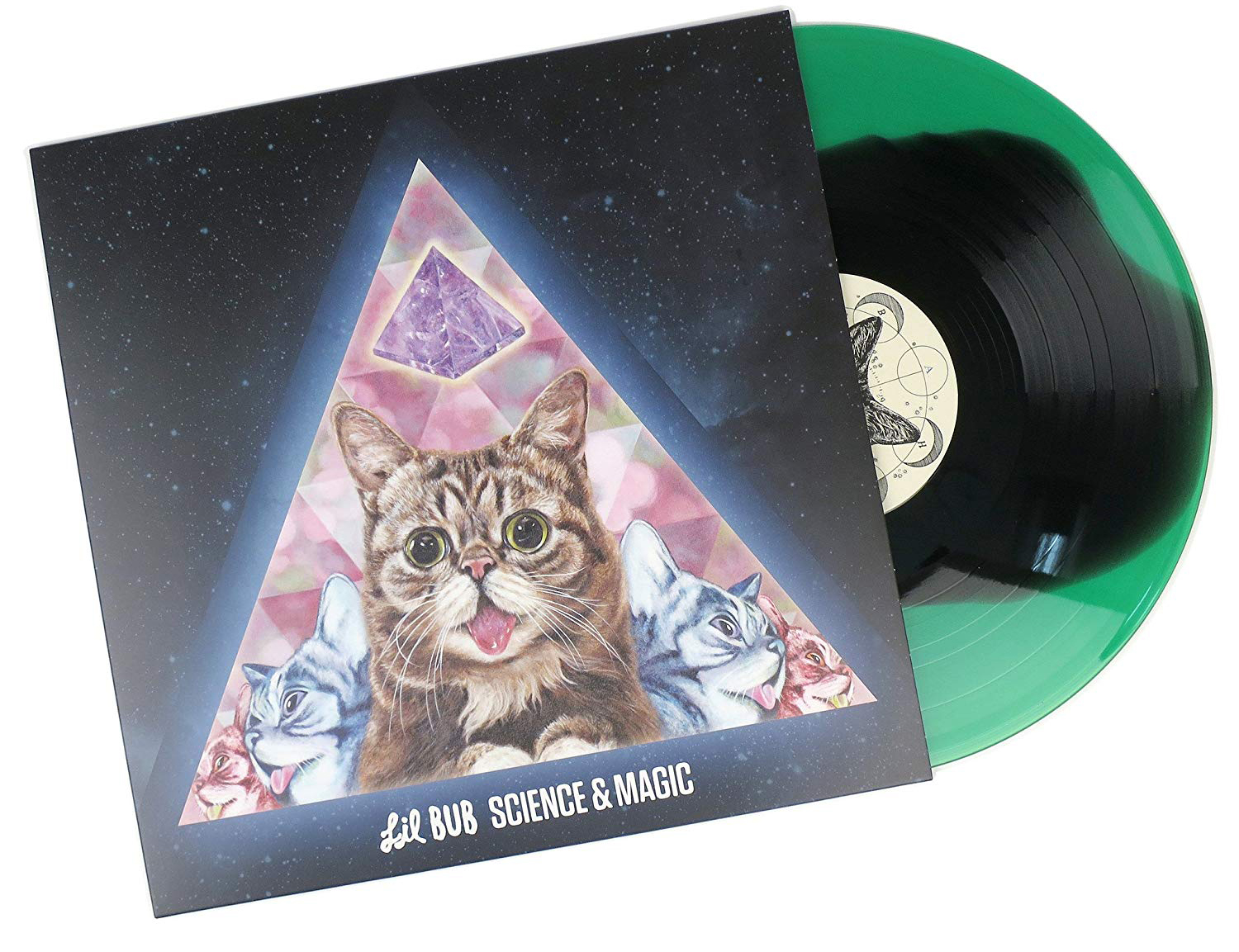 At SXSW in 2015, Animal Planet named Lil Bub its “official spokescat,” and the kitty gave advice in an episode of Animal Planet’s show “America’s Next Cat Star.”

Animal Planet chose Lil Bub for a TV show where the kitty is joined by her “babysitter” Amy Sedaris and musician Andrew W.K.

At the height of Lil Bub’s fame, the tiny kitty starred in her own documentary, produced by Vice Media and shown at the Tribeca Film Festival. The 64-minute film follows Lil Bub’s life and the rise of the influencer cat. She is joined by fellow feline phenomena Grumpy Cat, Nyan Cat and Keyboard Cat. Along with the trailer below, Vice also posted the full-length version of the film, which garnered more than 81,000 views on YouTube.

When you can pen (paw?) your own book as a pet influencer, you know you’ve hit the big time. Lil Bub came out with her “Lil Bub’s Lil Book: The Extraordinary Life of the Most Amazing Cat on the Planet,” published by Gotham Books. The book has 100 photos, showing Bub traveling through space and flying in a hot air balloon. In a YouTube video, Lil Bub mails herself her new book, and her and Bridavsky read it together, reflecting on her perfect adventures. It sells online at Amazon and Chewy.com for $14.89.

Lil Bub started her own YouTube-based talk show, and hosted celebrity guests like Ryan Adams, who promoted his album “Prisoner,” Whoopi Goldberg, who mentioned “The View” and even Michelle Obama who came on to talk about her health initiative “Let’s Move.” To promote the show, Bridavsky created the hashtag #friendsofBub.

Like other popular internet pets, Lil Bub has her own line of merchandise that is available for purchase on her website, as well as online sites like Amazon. The website offers a range of items, from a $13.00 calendar to a $49.00 knit sweater. 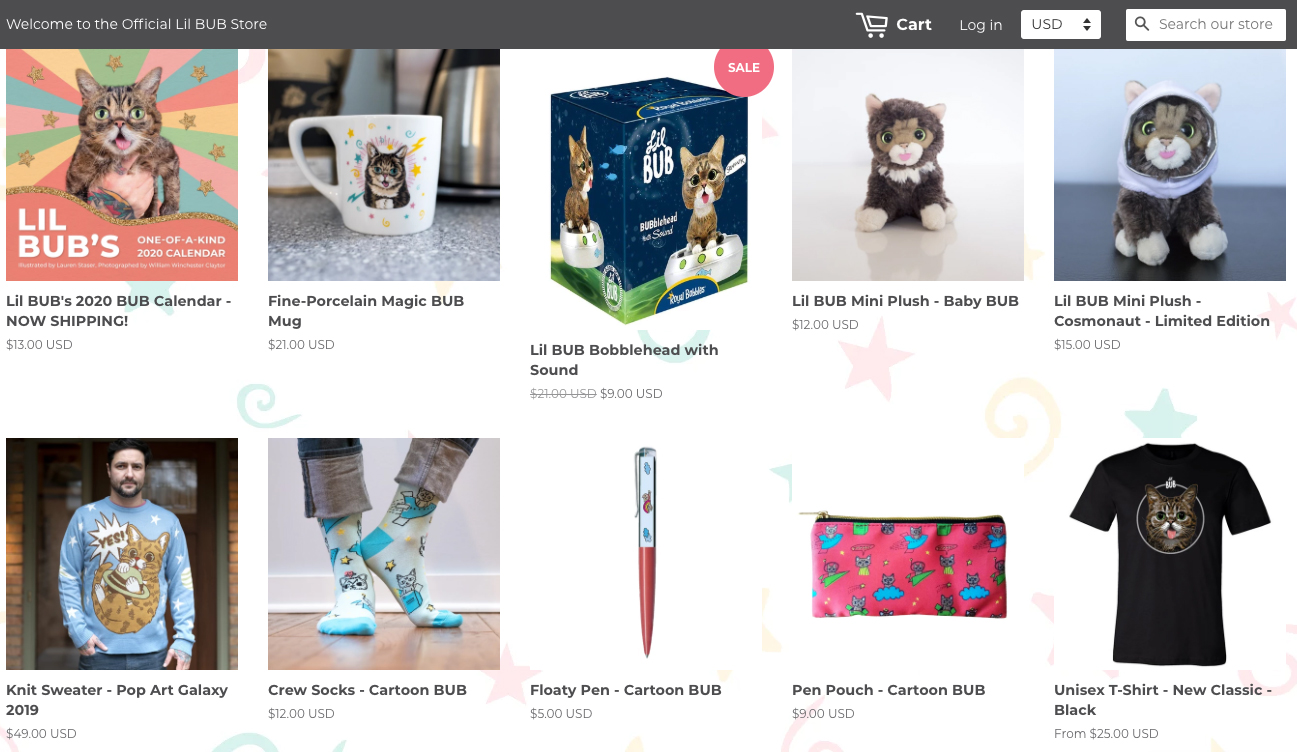