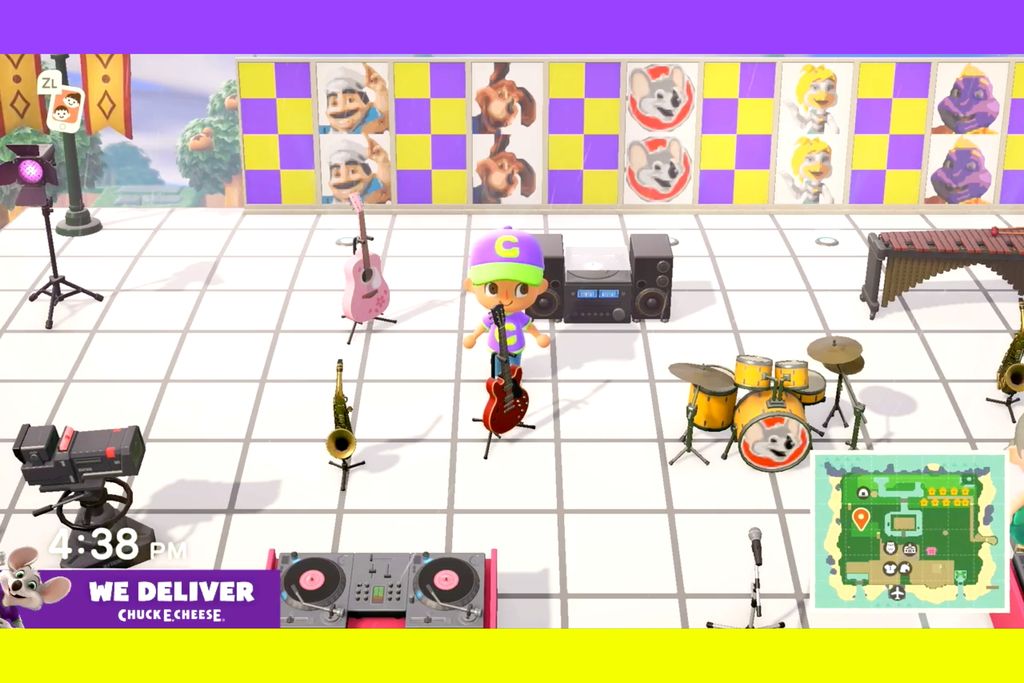 Nintendo’s Animal Crossing: New Horizons is the hottest game of the coronavirus pandemic (and one of our hottest brands of 2020), reaching an audience hungry for leisurely, low-key fun. Nintendo’s May earnings revealed the game sold more than 13 million copies in its first six weeks and it ranked just behind Call of Duty: Modern Warfare in NPD’s list of the top 10 selling games of the past year. The game requires a Nintendo Switch console, which retails at $300 and up in the U.S.

As with any new potential marketing platform, brands are tiptoeing in to experiment. Since the game launched on March 20, brands have been sharing QR codes for customized clothing that players can wear in-game, creating characters who visit players’ islands and hosting one-off virtual events like fashion shows.

In the past month, some brands have gone a step further by customizing their own branded islands to host players and then, in some cases, livestream their gameplay on platforms such as YouTube and Twitch. As long as a player has an island’s dodo code, they can visit in-game, so brands have been sharing their dodo codes on their social channels. There are a couple of downsides: Only up to eight players can visit an island at one time and brands have to create an island from scratch, just like players do. Even without brands intervening, players are already creating their own branded paradises, like Starbucks cafes and Disneyland replicas.

These seven brands and agencies have customized their own Animal Crossing islands:

Chuck E. Cheese might be bankrupt, but the kids eatery is making a name for itself on its Twitch channel where it streams weekly sessions of its play on its branded Animal Crossing island to an audience of 3,200 followers and growing. A character wearing a purple Chuck E. Cheese shirt and a matching hat is seen exploring the customized island and collecting items to continue building. The island comes complete with a stage decked out with instruments and artwork featuring Chuck E. Cheese’s Munch’s Make Believe Band, the mechanical band that once played at the chain’s restaurants. The island also has its own shop, themed rooms and flower patches. Throughout the livestreams, the Chuck E. Cheese character gives visitors tours of the island and meets up with a mouse character by the name of Chadder.

The Monterey Bay Aquarium’s social media team really knows their sea-life facts and they prove it every week on Twitch and YouTube where they livestream their Animal Crossing play on the Monterey Bay Aquarium’s own water-filled island. The world of Animal Crossing: New Horizons with its access to water and the new ability for characters to go swimming in the waters around the islands fits perfectly for the California-based aquarium. The team uses each two-hour livestream as a chance to educate viewers about marine life while showing off the fun side of the brand. The Monterey Bay Aquarium created its own aquarium on its island where a number of different fish and marine life are brought to life. The team gives tours of the different animals or goes swimming and teaches about the fish they comes across. On YouTube, where the aquarium has 98,200 subscribers, the videos bring in around 2,000 views, while on Twitch, where it has only 6,500 followers so far, the videos see an average of 60 views.

We're *DIVING!!* into the new update for #AnimalCrossing where you can go snorkeling for cool critters that just came out today! Join us on Twitch and YouTube to watch the stream! https://t.co/qKomI5XyPq / https://t.co/H23YACQuZC pic.twitter.com/Cixi2kGFfS

Sunkist Growers, an agricultural cooperative in California and Arizona, worked with Edelman to develop a “Sunkist island” filled with lemon and orange trees where players can walk along a Valencia orange-shaped river, learn about and collect fruit from its citrus groves, go on scavenger hunts and tours and shop for an array of lemon and orange themed clothing and artwork available to download. During June 11-14, the island was open and targeted to the Hong Kong, Singapore and Japan markets to teach consumers about the California fruits, and the collective is coming up with new ways it can use the island to market itself in the future.

“Given the amount of design flexibility and the bright, playful aesthetics of Animal Crossing, it proved to be an excellent canvas to showcase the sunny Sunkist brand and citrus in a way that was both educational and engaging for players,” says Christina Ward, director of global brand marketing at Sunkist Growers, who said it took about three weeks to conceptualize and design the island.

KFC Philippines received plenty of press for the Animal Crossing island it created in June, where players could come visit the fast feeder’s little virtual restaurant with the chance to win some free chicken, at least from restaurants in the Philippines. Players were encouraged to come to the island and spot the Colonel Sanders character, who gave players codes they would have to screenshot and share with the brand on Twitter to win an eight-piece bucket of chicken.

KFC went all out on the island and worked with Ogilvy to create red-and-white mini booths, tiny buckets of chicken, a miniature kitchen and giant KFC logo. The first contest lasted from June 17 to June 22, but KFC opened it again on June 23, this time taking only 20 visitors.

Don’t miss out! Let our Virtual Colonel show you around to see the sights in this short tour.

Got Animal Crossing? Wait for the link to be one of our lucky guests! pic.twitter.com/vA4mbOMhKm

Spin Master, the Canadian toy company behind popular products like Hatchimals, Paw Patrol, Air Hogs and the iconic Etch A Sketch, is testing Animal Crossing: New Horizon as a way to engage with current fans and ideally reach new ones. Certain areas of the island are designed around specific toys. The island has a kinetic sand beach, a toy drive, a Spin Master-themed bedroom, a games section, a Paw patrol dog park, a Zo Zo Zombie shrine (the company’s new show on CrunchRoll and YouTube), a Bakugan battle arena and a Hatchimals Hatchtopia.

“Since I was spending so much time with Animal Crossing, I thought why not incorporate some of my ‘9-5 work’ into my island and hence Spin Island came to fruition,” says Brock McLaughlin, manager of influencer and talent marketing at Spin Master, the mastermind behind the island. “As a Kids Entertainment company I thought it would be a great idea to give our fans something to look at and to reach a new audience.” 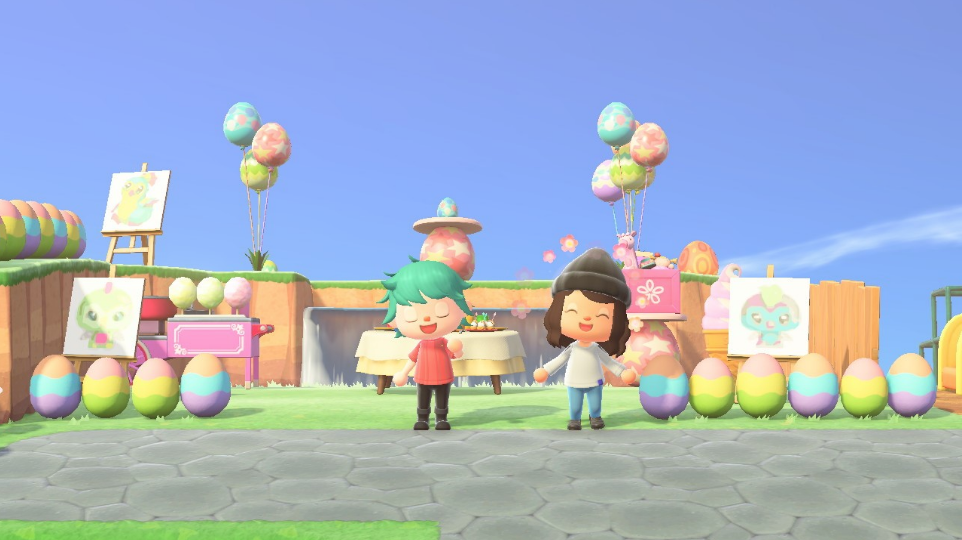 One agency is using an Animal Crossing island to recruit an intern during the pandemic. Independent agency Waste built a replica of its London-based office on its own island that resembles its office, down to minute details such as the artwork that actually hangs on its walls, the agency’s large boardroom table and staff desks covered with papers and storyboards. Players can also visit the agency’s local pub, Hat and Tun.

To find its next intern, the agency has a virtual message board where a creative brief is posted that challenges players to pitch how a brand could use Animal Crossing as a marketing platform. The island opened on July 9 and the competition ends on August 14. The island, however, will continue to be open to visitors and the agency plans on building more on the island. Waste has been sharing its dodo code to its Instagram Stories daily so anyone can come visit the island.

“By creating a replica of Waste’s office in Animal Crossing, we’re hoping to tap into the huge love for the game to engage with a much broader, more diverse talent base,” says Tasmin Lobley, art director at Waste. “We want to reach people who could be the new stars of our agency, but maybe don’t even know it’s a job they could do. Yet.” 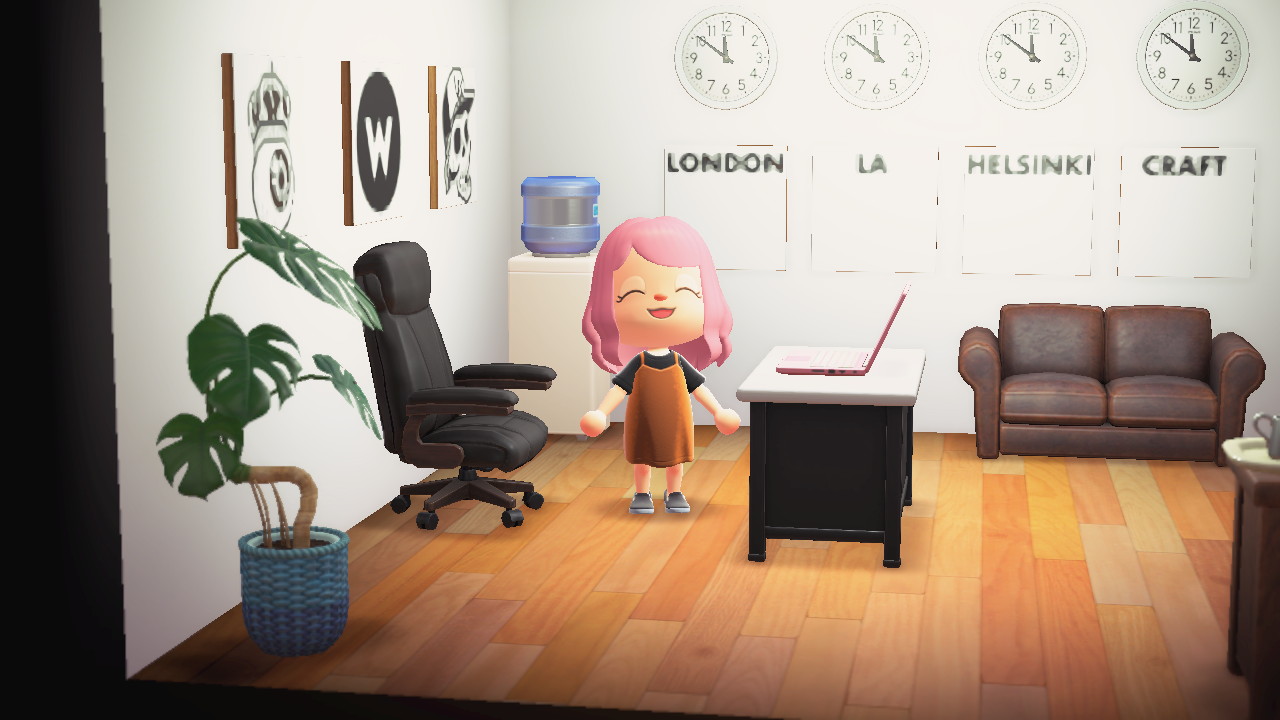 We Are Social Singapore

On behalf of its client Global Pride 2020, creative agency We Are Social Singapore worked with studio Swipe Back to launch a rainbow-filled Pride island to promote the livestreamed June 27 celebration. The island included a rainbow march, club, catwalk and plenty of Pride clothing. Twitch creators livestreamed sessions on the island with the hashtag #GlobalPrideCrossing and drove donations to LGBTQ+ organizations.