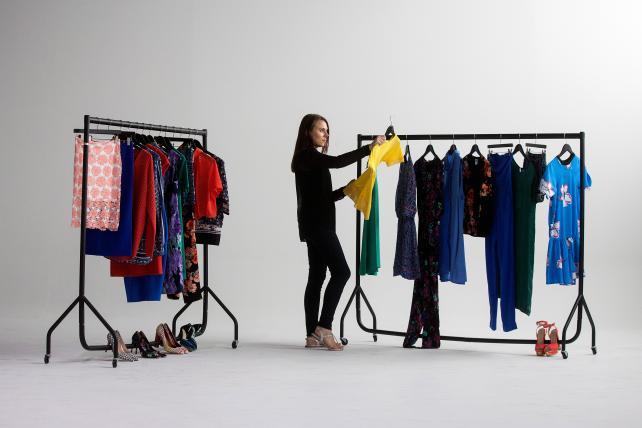 An employee poses for a photograph at Amazon.com Inc.'s new fashion photography studio in the Shoreditch district of London, U.K. in this arranged photograph, on Thursday, July 23, 2015.
Credit: Simon Dawson/Bloomberg

Amazon's scatter-shot attempt to shake up women's fashion by launching a barrage of private label brands isn't going so well, according to a report by Jungle Scout, a data-research firm for merchants on the e-commerce website.

"Amazon has invested heavily in women's clothing labels and continues to do so," Jungle Scout said in the report released Tuesday. "However, our data show that women's clothing performs poorly for them."

The report shows that Seattle-based Amazon's apparel brands aren't benefiting from consumers' greater interest in buying clothing online. Online sales made up about 27 percent of all U.S. apparel purchases in 2017, up from almost 21 percent in 2015, according to Internet Retailer.

Shoppers are ready to embrace some Amazon-branded products -- like batteries, phone chargers and baby wipes -- but not others. Amazon devices like Echo smart speakers, Fire tablets and Fire TV streaming devices make up more than 60 percent of the sales of the company's brands.

Amazon has more than 120 brands, about 100 of which were introduced over the past two years, according to TJI Research. Some brands are directly tied to the Amazon name, such as Amazon Basics merchandise and Amazon Essentials clothing, which includes pull-over fleeces, T-shirts and underwear. Other private label brands, including most of its other fashion lines, don't include the Amazon name.

Amazon is seeking to improve its clothing sales with strategies such as introducing a try-before-you buy program last year for its Prime members, which allows customers to order clothing, keep and pay for what they want and ship the rest back. Amazon also entered a partnership with Kohl's Corp. last year to let customers make returns at select Kohl's locations.