Amazon faces a probe by U.S. antitrust officials over its marketplace | Ad Age
Skip to main content
Sign In Register

Amazon faces a probe by U.S. antitrust officials over its marketplace

FTC investigators have begun interviewing small businesses that sell products through the e-commerce giant
READ THIS NEXT
All U.S. Apple stores now open one year after closures began 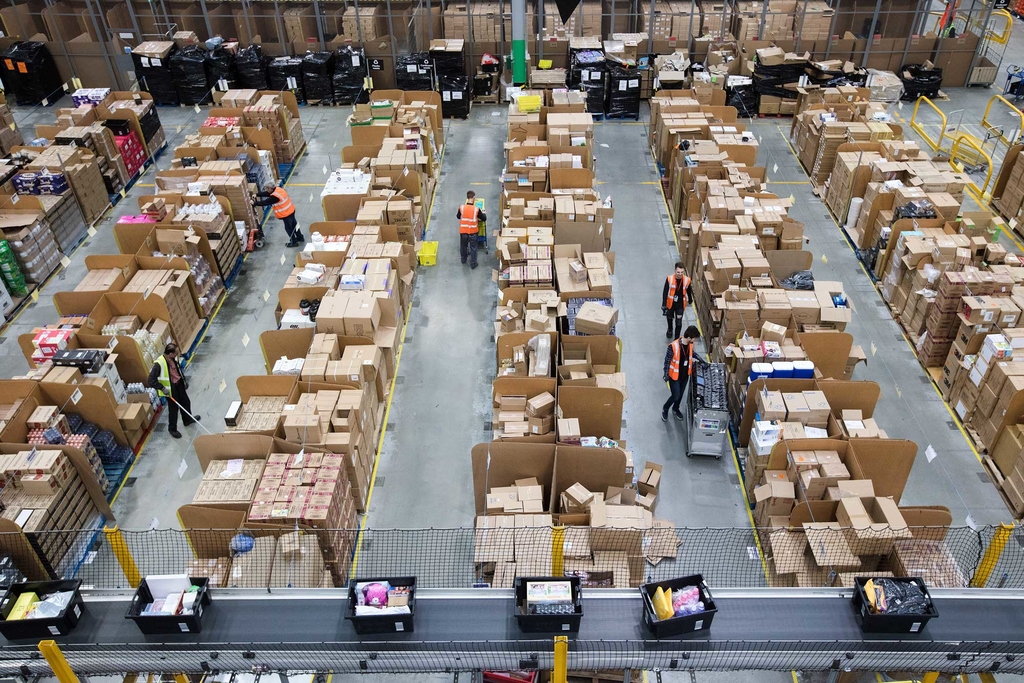 A team of Federal Trade Commission investigators has begun interviewing small businesses that sell products on Amazon to determine whether the e-commerce giant is using its market power to hurt competition.

Several attorneys and at least one economist have been conducting interviews that typically last about 90 minutes and cover a range of topics, according to three merchants. All were asked what percentage of revenue their businesses derive from Amazon versus other online marketplaces such as Walmart and eBay, suggesting regulators are skeptical about Amazon’s claims that shoppers and suppliers have real alternatives to the Seattle-based company. One merchant, Jaivin Karnani, says he was surprised the FTC returned his call the very next day.

The interviews indicate the agency is in the early stages of a sweeping probe to learn how Amazon works, spot practices that break the law and identify markets dominated by the company. The length of the interviews and the manpower devoted to examining Amazon point to a serious inquiry rather than investigators merely responding to complaints and going through the motions, antitrust experts say.

“Early in an investigation, that’s a sign of staff doing a serious job,” says Michael Kades, who spent 20 years at the FTC. “They’re spending lots of time with witnesses and trying to really understand what they’re saying.”

Amazon hasn’t disclosed an investigation by the FTC, and the agency rarely confirms scrutiny of individual companies. But Chairman Joe Simons told Bloomberg in August that he welcomed hearing from third-party merchants, who now sell more than half of products on Amazon. Such private conversations are likely to yield far more insights into Amazon’s business than the public grilling of tech executives by Congressional committees.

Amazon declined to comment and pointed to a statement that Amazon Consumer Business chief Jeff Wilke made in June when asked about reports the FTC was looking into the company. ”We believe that most substantial entities in the economy deserve scrutiny,” he said. “Our job is to build the kind of company that passes that scrutiny with flying colors.” The FTC declined to comment.

The probe is part of a broader examination of the control companies like Amazon, Google and Facebook have over the U.S. economy. The FTC is also investigating Facebook while the Justice Department is probing Google. Separately, 50 state attorneys general have announced an antitrust probe of Google. The House Judiciary Committee is also probing big technology companies. One area of interest is whether Amazon has an unfair advantage over third-party merchants when it competes with them to sell similar products on its own platform.

A key early task for the FTC is defining Amazon’s competitive universe. The company has long argued that it should be considered a retailer that competes against rivals online and offline, a designation that Amazon says gives it a meager 4% share of the U.S. retail market. If Amazon’s market is narrowly defined as online shopping, its share rises to almost 40%—giving it significant leverage. Narrowing the market by product category, such as electronic books, gives Amazon even more dominance.

The FTC is also seeking to determine the extent of Amazon’s power over its suppliers. All three merchants fielded questions on how much of their revenue comes from Amazon compared with other online platforms. Many sellers get 90 percent or more of their sales from Amazon, making them vulnerable to the company’s demands and abrupt, unexplained changes in its policy.

FTC investigators examining Amazon likely want to move quickly to make sure states or other agencies don’t get ahead of them, says Jennifer Rie, an analyst at Bloomberg Intelligence who specializes in antitrust litigation. The investigators start by learning the inner workings of the company before narrowing their inquiry.

“They’re trying to learn as much as they can about the industry from people who aren’t the target of their investigation,” Rie says. “They’re in a background phase.”

The FTC’s interest in Amazon is spreading to sellers via word-of-mouth. Some merchants fear incurring Amazon’s wrath by cooperating with the agency. One who spoke with an FTC attorney said he was assured the conversation would be confidential unless it led to an official complaint against Amazon or the transcript was subpoenaed by Congress.

“These conversations are going to keep happening,” says Chris McCabe, a former Amazon employee who now runs a business helping Amazon merchants. “I’ve had several people ask me how to go to the FTC. I give them an email, and the FTC is taking their calls.”

Desperation prompted merchant Karnani to contact the agency to report his difficulties selling video games and electronics on the site. Karnani told investigators he lost 10 percent of his sales after Apple and Amazon reached an agreement last year to limit who could sell Apple products on the site. The change followed years of concern about counterfeit iPhone accessories. He also described account suspensions in recent months during which Amazon hung on to his inventory and money.

“I told them if Amazon suspends you, it’s like a death knell,” says Karnani, who has been selling on the site for two years. “I told them when Amazon shuts you off, they sit on your money for 90 days and there’s nothing you can do. They were surprised about that.”

Merchants can appeal suspensions. But even if they prevail, it’s a guilty-until-proven-innocent process that can cut off their sales for weeks without warning, potentially putting them out of business. Amazon in August instituted a new 30-day-notice policy regarding suspensions to appease regulators in Germany, who maintained the process was unfair because it wasn’t transparent. In an emailed statement, an Amazon spokesperson said: “We have an appeals process where sellers can explain how they will prevent the violation from happening in the future or let us know if they believe they were compliant.”

Molson Hart, who sells toys on Amazon through his company Viahart, says he spoke with the FTC for 90 minutes about an article he posted on Medium detailing how 98 percent of his sales come from Amazon and that other platforms like eBay and Walmart account for less than 2 percent of revenue. He declines to discuss specifics of his conversation with FTC investigators but says the conversation focused on his Medium article. It argued that Amazon, which faces little competition online, has been raising fees and selling advertising—forcing merchants to raise prices.

Another Amazon merchant, speaking on condition of anonymity, says he spent about 90 minutes on the phone with an FTC investigator in July and has since provided the agency with documents and data.

He described helping triple sales of a health and beauty brand by spending hundreds of thousands of dollars to advertise on the site. Amazon noticed, placed its own wholesale orders with the brand and sold the product directly, cutting him out and sticking him with hundreds of thousands of dollars in unsold inventory. Another time, he told investigators, Amazon discovered one of his products being sold for less at Walmart.com and then made the item less visible to shoppers until the Walmart price went back up.

If merchants are so reliant on Amazon for sales that they are unwilling to offer better prices on other platforms like Walmart and eBay, that can hurt competition, says Diana Moss, president of the American Antitrust Institute, a nonprofit that advocates for aggressive antitrust enforcement. “That really is the central question in an inquiry like this, and that's why Amazon downplays its market power.”