Brands struggle to compete with Amazon on its own turf

Advertisers say that in some cases the e-commerce giant has a home-field advantage on its site
READ THIS NEXT
The TikTok difference: Joining a genuine conversation vs. interrupting one 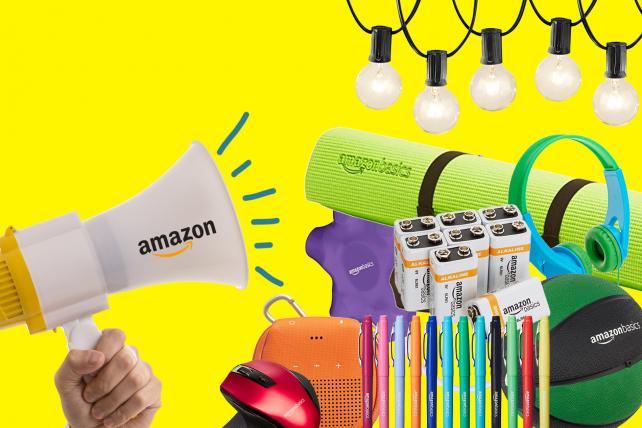 It's perhaps no surprise that Amazon is its own best customer when it comes to advertising on its site, often promoting its own products in top positions. But this has led to frustration among rival brands who have found themselves trying to compete against Amazon for marketing space on its own properties, according to advertisers.

Advertisers say that in some cases Amazon has a home-field advantage with rules that favor its products on special shopping days, especially on marquee days like Prime Day, the summer deals bonanza that the company invented, or more traditional commercial events like Cyber Monday.

"Prime Day and the holidays are good ways for Amazon to sell Amazon things," says one digital ad executive, speaking on condition of anonymity. "They're not necessarily great times to sell non-Amazon products. Amazon is not in it for your brand, they're in it for themselves."

Indeed, Amazon has been touting selling record numbers of its own devices during Cyber Monday. The company recently announced that: "Shoppers on Amazon purchased a record number of Amazon devices globally this holiday weekend, with millions of devices sold worldwide."

One likely reason its devices did so well: Amazon accounted for the most ad placements around Black Friday and Cyber Monday at about 5.4 percent of the ads bought, according to Downstream, a company that tracks ad trends on Amazon. The majority of its ads went to promoted devices like Echo speakers powered by its voice-assistant Alexa, Fire TV and tablets.

"Amazon was really spending heavily during that critical period," says Connor Folley, CEO at Downstream. Amazon doesn't technically spend on ads, because any money it allocates goes back into its own pocket, of course, but it does run ad campaigns the same way all advertisers do, Folley says.

"When you have Amazon spending significantly to advertise its own products it doesn't leave a lot of room for competitors," he says. "It can be very challenging."

Amazon has a finite marketing budget and sets the prices it is willing to pay when certain keywords are searched on the site, just like any advertiser, Folley says. For instance, if a person searches "TV stick," looking for a video streaming device, Amazon could appear high in results with its Fire TV stick. Rivals like Roku and Apple TV could also compete for those top sponsored spots in search.

Where Amazon has an advantage, multiple advertisers explained, is it does not have to worry about rivals buying ads on searches for its brand name products. Apple and Roku cannot appear in searches specifically for "Fire TV," for example, because Amazon forbids it.

However, Roku and Apple, like all non-Amazon brands, don't have that same luxury. Those brands have to worry about rivals buying search terms even when the searches are for exact brand names. For instance, a search for "Apple TV," could return a sponsored result from Amazon for Fire TV. A search for "Fire TV," will not return a rival product, though.

Amazon is not alone in taking special privileges on its own platform. Facebook has long had rules against direct rivals buying ads on its apps and websites. Google is its own best customer too, and Apple is a notoriously controlling partner when it comes to developing for its platform.

However, Amazon, mostly new to the advertising game, is only just starting to show off its power. This year, Amazon is expected to become the No. 3 seller of digital ads in the U.S., behind only Facebook and Google, according to eMarketer.

Rivals are finding ways to adapt to the ad contest on Amazon, bidding for the keywords that protect their brands the most. Apple was the No. 2 advertiser on Amazon from Black Friday to Cyber Monday, according to Downstream. Beats, which is owned by Apple, was No. 5 in the ad rankings.

Last month, Apple reached a deal with Amazon and started selling its latest phones on the e-commerce site, and Google was recently given the go-ahead to sell its Chromecast streaming device, which competes with Fire TV.

These are some of the tensest relationships in retail, yet it's clear Apple finds more benefit from appearing on Amazon than sitting out of its marketplace. That could be because more and more online shopping trips start with Amazon. About 20 percent of all product searches start with Amazon, according to Catalyst, a research firm. Google dominates this field with 50 percent of product searches originating there, but brands could be at a disadvantage if they don't show up at all through Amazon.