Ahead of NewFronts, AOL Puts New Video Player Front and Center
READ THIS NEXT
TikTok tactics: What to know about reaching audiences on the social media platform 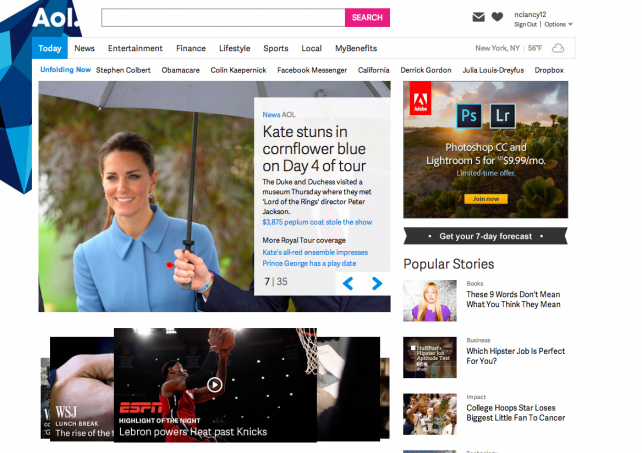 AOL's recently declared plans to "double down" on video appear to be taking shape.

Today, two weeks ahead of AOL's NewFronts event -- where it will ask advertisers to sponsor a new slate of original programming -- the company introduced a major tweak to AOL.com, giving prominent real estate to a new video player with a 24/7 schedule of recurring programs.

"We felt we were missing an opportunity to put video front and center for the AOL.com user," said Maureen Sullivan, president of AOL.com and Lifestyle Brands.

AOL is looking to cash in on that opportunity with the new player, which Ms. Sullivan said will be programmed similar to a television network. Every day at 7 a.m., for example, a show called "Unfolding Now" which rounds up the day's biggest highlights, will run. At 8 a.m., the player will air 'Late Night Laughs," a recap of the previous night's late night comedy shows' best jokes.

No new ad units will be introduced, and the ad sales for the player will be handled by AOL On's sales team. "The demand for video advertising is really really high," Ms. Sullivan said. "And if we can create more video views and have more engaged viewers then that will help fill that demand."

Here's a look at aol.com before and after today: 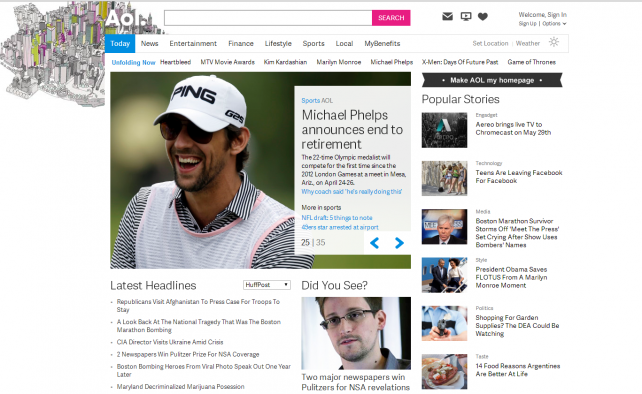