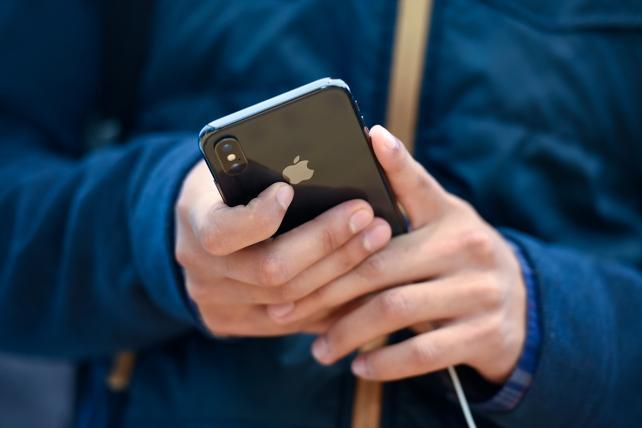 Apple Inc. introduced features to help iPhone users put down their phones -- at least temporarily -- after criticism people were addicted to the company's flagship device and following similar moves to combat smartphone addiction by competitors.

The slew of tools includes updates to "Do Not Disturb" and new ways to manage notifications. Instead of waking up to a string of notifications missed over night, users will get a new "Good morning" screen summarizing the alerts. There's also a larger array of controls for muting notifications and grouping alerts to reduce the number sent to a user.

The most notable enhancement is called "Screen Time," an activity report showing how much time you're spending inside of individual apps, how often you pick up your phone and which apps are sending you the most notifications. People can set time limits on specific apps and get alerts reminding them to stop using that software as the limit approaches. It then shuts the app off, until users change the setting, executive Craig Federighi said Monday on stage at Apple's annual developers conference. The time-limits feature will synchronize between multiple devices via Apple's iCloud service.

As part of the anti-addiction initiative, there are also new parental controls that limit kids from using their devices. Parents will be able to choose times when certain apps or app categories can't be used. Some apps, like the core phone-calling function and education programs, can be available at all times.

Earlier this year, Apple investors Jana Partners LLC and the California State Teachers' Retirement System criticized the addictive nature of Apple's devices. The Cupertino, California-based technology giant responded by saying it would add more "robust" parental controls to monitor the use of its products.

"We need to have tools and data to allow us to understand how we consume digital media," Tony Fadell, a former senior Apple executive who worked on the original iPhone and iPod, said in a recent interview. "We need to get finer-grain language and start to understand that an iPhone is just a refrigerator, it's not the addiction."

Rising concern about smartphone addiction is less of a threat to Apple than other big tech companies. Apple makes most of its money selling hardware, and Monday's software upgrades will likely give users another reason to keep buying the company's new devices.

Google introduced similar tools at its developer conference. The Alphabet Inc. company has a new Dashboard for Android phones that lets people monitor how long they're using other apps and reminds them to take a break.