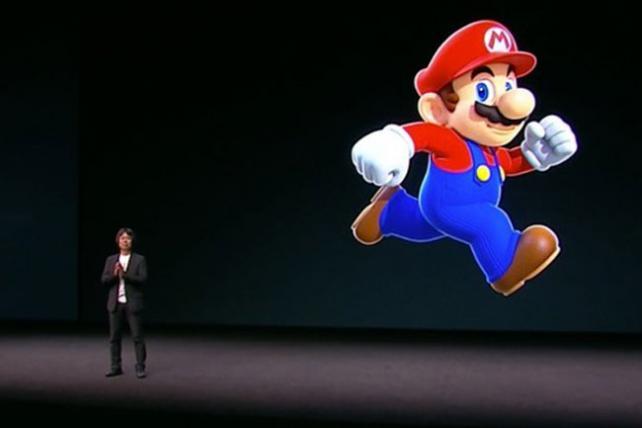 Super Mario Run will be promoted with stickers in iMessage.
Credit: via Apple

There was one upgrade that Apple only briefly touched on in its keynote on Wednesday, but it could be the most important change to its platform for brands and marketers: iMessage.

In addition to introducing the iPhone 7 and its cordless headphones, Apple showed off new iOS 10 software, whose updates could have major implications on the messaging space. The biggest innovation is an app store for iMessage, which will arrive with the iOS update next Tuesday.

Apple's iMessage already reaches close to a billion people daily, according to Christian Brucculeri, CEO of Snaps, a messaging technology agency that has been working with more than a dozen brands to develop apps for the iMessage store.

"All brands recognize this is a place they need to be right away," Mr. Brucculeri said, declining to identify those with which he worked on the iMessage app store. "Apple already made a massively successful app platform, so the fact that it's releasing another one, it's going to eat a lot of independent messaging apps' lunch."

Apple has not revealed plans for chatbots, interactive services that people use to perform tasks in messaging apps that support them. Consumers can interact with retailers' chatbots, for example, to get some shopping done.

Apple iMessage does have virtual stickers and new animated features that make texting more of a multimedia experience, moving closer to the fun vibe of Snapchat.

Stickers will play a role in Apple's new partnership with Nintendo, also announced at the event. The game maker will share stickers in iMessage as part of its holiday push to promote the first mobile Super Mario game.

The new iMessage platform will make it easier for brands to build mobile experiences, like emoji keyboards and stickers, according to Azher Ahmed, director of digital at Chicago DDB. "The app store will directly distribute stuff like that," Mr. Ahmed said. "Hopefully that helps light some of it on fire."

The potential for mass exposure is always greater when dealing with Apple; it recently sold its billionth iPhone.

"We expect to see sharing increase five times because it will be such a frictionless process to install apps," Mr. Brucculeri said.

Apple has been most successful when it builds platforms and lets developers and brands innovate on top. Apple CEO Tim Cook noted at the keynote event that there have been 140 billion downloads from the original App Store, and it generated more than $6 billion in revenue last year.

So far, social-media messaging apps like Facebook Messenger have had no problem keeping consumers' attention. Messenger has 1 billion users.

However, the more brands that build right into the iPhone's mobile messaging app, the less reliant they are on third parties such as Facebook. "Brands can roll out their own content and they're not held hostage to social," Mr. Ahmed said.