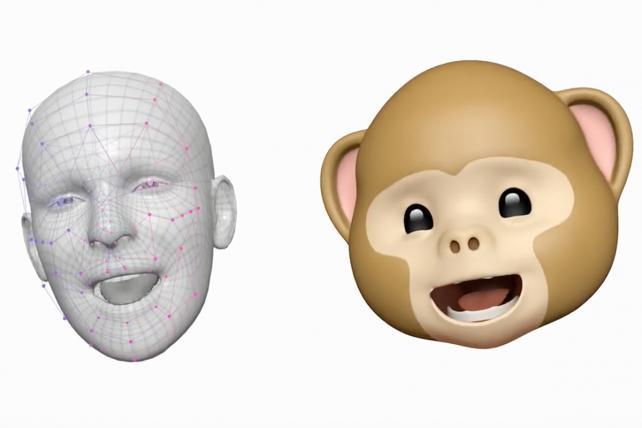 Apple's facial recognition technology is both sleek and creepy, and advertisers want in.

On Tuesday, Apple revealed the iPhone X, its next-generation device packed with sensors and high-tech add-ons like Face ID and augmented reality. Face ID is the security measure that unlocks the screen using nothing but a person's face.

The technology is impressive--Apple worked with Hollywood studios to test the software with lifelike masks to verify it couldn't be hacked with even the most sophisticated replica face--but the privacy implications of the phone mapping people's moods is a "little off-putting," says Noah Mallin, managing partner at MEC Wavemaker.

"It's able to track your attention," Mallin says. "And it knows not only what you're paying attention to but if you're smiling or frowning. There's potential to use it to understand people's emotional response."

Even with the creep-factor high, facial recognition could be an invaluable new data set for advertisers and content owners.

The technology could study how people's faces respond to ads, how long they pay attention in social media feeds, if they're still focused on a movie or YouTube video. The phone could tell an app like Spotify what mood a person is in and then tailor a playlist to match it. 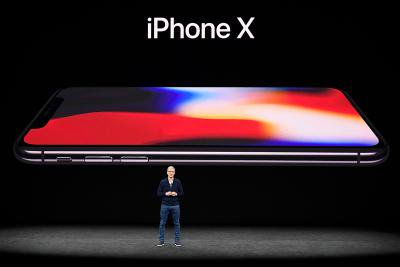 It is unclear what if any access Apple will give third-parties to use the facial recognition technology, but there are concerns that apps like Facebook and others could use it to get even more data points on users.

The facial recognition technology also went into less serious phone features like "animojis," augmented reality filters that take a 3D map of a person's face and turn it into their favorite emoji, poop included.

"Good to know billions of dollars of brain power went into that," Mallin says.

For instance, Food Network was among early developer partners to get access to the kit and built a virtual bakery inside it iPhone app. "We thought about how we can make more of a connect with consumers," says Al Ming, vp of product management at Food Network. "So we took the augmented reality technology, and connected it to the way people think about food in a photo and food obsessed culture."

People can build virtual cupcakes and pies in Food Network's app, and share them with friends.

The technology is made all the more impressive with Apple's new edgeless, OLED—organic light emitting diodes--phone screen. Apple also revealed its new TV device, which now is compatible with 4K resolution movies. Apple had to negotiate with Hollywood studios to sell them at the same price as traditional high-definition videos.

The iPhone X will sell for $1,000, when it starts selling at the end of October. But before balking at the price, consider some context:

If you're upset with the idea of Apple pricing a new iPhone at $1000 and above, you must LOATHE, LOATHE, LOATHE Radio Shack. pic.twitter.com/agSCmzAtcL

And that phone couldn't even turn your face into talking poop.