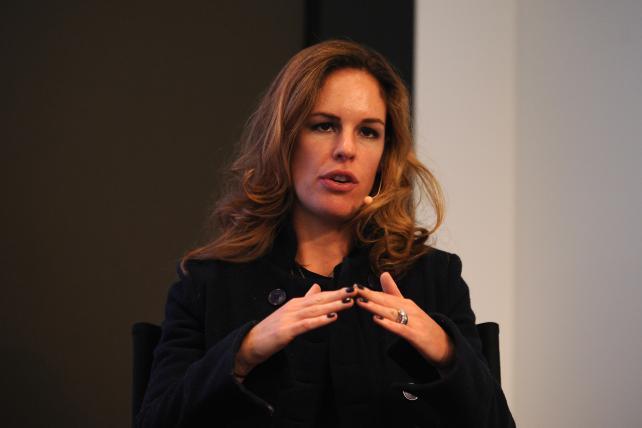 In a blog post, Nardini acknowledged that employees of Barstool, which is majority owned by the Chernin Group, "make mistakes." But she said Barstool's politically incorrect commentary isn't mean-spirited and is why the site has developed a devoted fan base.

"We are offensive and people will be offended," she said. "If you believe there is malicious intent and an agenda behind it, we'll never convince you otherwise."

She said the company's fans, known as Stoolies, "know that is not the case" and called Barstool "a comedy brand dressed up as a sports media site."

The company also has made progress in hiring women. The site has gone from one female staffer in 2016 to 23 in 2018, she said. It currently has about 120 employees in total.

The Daily Beast article published this week detailed how female sportswriters faced online harassment from Barstool's fans. It also recounted how the website's founder, Dave Portnoy, has mocked the appearance of women, referred to some as "sluts," and applauded a joke about a migrant girl with Down syndrome made by former Trump campaign manager Corey Lewandowski.

'Not how they operate'

Barstool has had a feature on its site in which female teachers accused of having sex with a student were graded based in part on her appearance.

"Do I wish that these guys would bite their tongue or hold back sometimes? As a businesswoman, yes, maybe," Nardini said in her blog post. "As a CEO, and a fan of the brand in general, I know that is not how they operate."

Barstool has faced consequences for its content. In 2017, ESPN2 canceled the show "Barstool Van Talk" after only one episode following a social-media backlash. Critics slammed the Walt Disney Co.-owned network for endorsing a company that made offensive remarks about women.

But earlier this year, the Chernin Group made an additional $15 million investment in Barstool, after investing $10 million to become its majority owner in 2016. The latest funding round valued the site at about $100 million.

On Tuesday, Will Leitch, the founder of the sports website Deadspin, suggested the Daily Beast article "might be a bit of a tipping point" for Barstool and its financial backers.

"Barstool partners who had only been paying casual attention as long as the Millennial Ad Dollars were rolling in may finally recognize the monsters they've been dealing with," he wrote for New York magazine's website.