This app lets consumers sell their data directly to brands 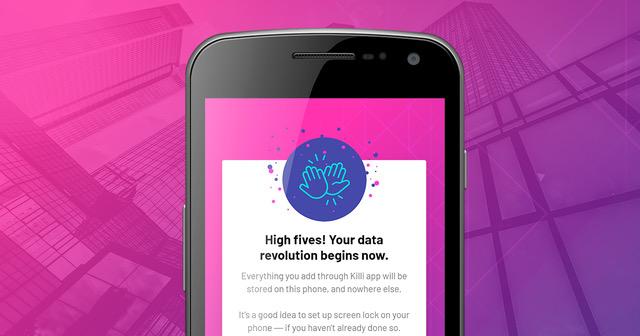 Although it's early days, brands such as McDonald's, Staples and GM are paying cash and purchasing data direct from consumer, giving literal meaning toward the notion that "data is the new currency."

Between regulation such as GDPR and scandals like those plaguing Facebook, consumers are aware more than ever of the so-called value exchange when using online services. At the same time, they're also tuning in on how companies such as Cambridge Analytica are plundering their data without their consent.

To that end, Freckle IoT recently launched Killi, an app that makes explicit value of data by actually paying consumers with cash for sharing their data, location, or providing insight about what ads they'd like to see. Even more money is on the table if users scan the back of their driver's license with their phones, for example.

Killi has so far lined up McDonald's, GM, Danone and Staples as participating brands, it says.

"This is not something people in the industry should ignore," says Sargi Mann, exec VP and head of digital strategy and investments at Havas Media Group.

Ad Age reached out for a comment from the brands involved but did not get a response by press time.

"People are excited about this idea and the technology; it's something consumers have been requesting: 'How do I control my data?'" Mann adds. "Data privacy has huge momentum right now and innovations like Killi are certainly a big step … this can take off in a few hours, weeks or months."

As Mann points out, ad blocking was a consumer created solution for bad ads, and when it took off, it caught the entire industry off guard. The notion of consumers controlling which brands can or cannot access their data is perhaps the next evolution, she says.

"Consumers want control of their data and marketers need to be compliant with regulation, but there are zero tools for that," says Neil Sweeney, founder and CEO of Freckle IoT. "When the Cambridge Analytica news hit, everyone did '#DeleteFacebook,' but that was an emotional reaction." 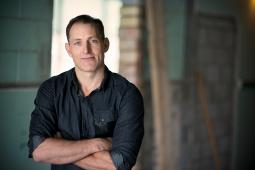 Sweeney points to U.S. regulation such as the California Consumer Privacy Act as evidence on regulation's imminent rise in the states.

"All of this regulation is happening and the industry is standing on the sidelines, but it can't drop the U.S. market like some companies did when GDPR hit in the EU," he says. "They just can't afford that."

Sweeney says Killi currently has some 70,000 users since launching May 25, symbolically the same day GDPR went into effect, despite no marketing. That changed this week, as Sweeney began a $5 million campaign aimed at consumer acquisition through platforms such as Apple Search, Facebook, Twitter and other outfits known for driving app installs.

Every transaction also occurs through blockchain, which solves the compliance challenge inherent in regulation such as GDPR or California's Consumer Privacy Act with regards to securing data, the company says. Users, meanwhile, have a full record of who exactly has purchased their data.

Brandon Galindo, an account manager at eMarketer, says he downloaded the Killi app partly because of privacy concerns. "Right off the bat you're asked to insert your identity, phone number, allow persistent location and enable Advertising ID," he says regarding his experience in signing up. "Brands can reach out to you, but it is so much more transparent; I'm the one that is asking for this and I am the one who is allowing you to have my data."

Galindo says he made about 25 cents after signing up for the app – literally pocket change – but Killi says that will change once marketers buy in; a luxury brand such as Paneri, for example, may pay $10 or $20 to target a consumer if the data adds up.

Sweeney says when additional brands come to the table, "the average revenue for the user increases. People might not care if they're getting a dollar, but at $2 some might and there's a network effect in there that we're chasing, where it suddenly because $4, then $6."

But for that to happen, more users need to sign up, and the company is banking hard on the fact that consumers want control of their data.

Lars Feely, a digital media veteran with stints at places such as Google, Ogilvy and Hearts & Science, downloaded Killi while visiting his father, watching TV as Mark Zuckerberg testified on Capitol Hill. "My dad turns to me and asks, 'How much data does Facebook have on me?'" he says. "That whole weekend was 'holy shit' to me because I realized that people start paying attention to how their data is being collected when Zuckerberg gets on stage."

Agencies representing brands that spend billions on marketing each year are keeping tabs on Killi, but they're not buying any data yet.

Donald Williams, chief digital officer at Horizon Media, says, "The reason we gravitated toward Killi is because beyond all the turmoil within the personal data landscape, we think this is where the industry is heading; we've always felt that way being an organization focused on primary research. It is not the worst thing in the world to benefit from [a consumer's] own information they share and marketers who are willing to both observe and pay to get exposure to those prospective clients."

He adds the company was eager to get on board early "to learn whether the theory where the relationship between a marketer and consumer would be strengthened through transparency" is true.

"We thought it was a no brainer," Williams adds. "This is really about getting to the point where we are having an honest conversation about value related to media and a brand's product offering."

Still, Williams says the company has not purchased any data, but instead is keeping tabs on the situation, mainly to see Killi can indeed scale and capture a user base within the millions. The reality is outfits such as LiveRamp or demand-side-platforms can provide the consumer data they need at scale.

Mike Lamar, senior director of biddable investments at Hearts & Science, has taken a similar position to Williams. "This is the way the industry is moving," Lamar says. "Consumers are becoming more aware in how there data is being used."

"It used to be like, 'Sure, use my data, but give me stuff for free,'" he adds. "But now they are becoming more aware that there data is being collected and sold not just once, but multiple times down the chain. They want to have a voice in this, and block all these advertisers. Without a doubt, there's going to be an education of the market, and that's going to happen sooner rather than later."