China Marketing Trend: Ads That Take Forever To Get to the Point | Ad Age
Skip to main content
Sign In Register

China Marketing Trend: Ads That Take Forever To Get to the Point 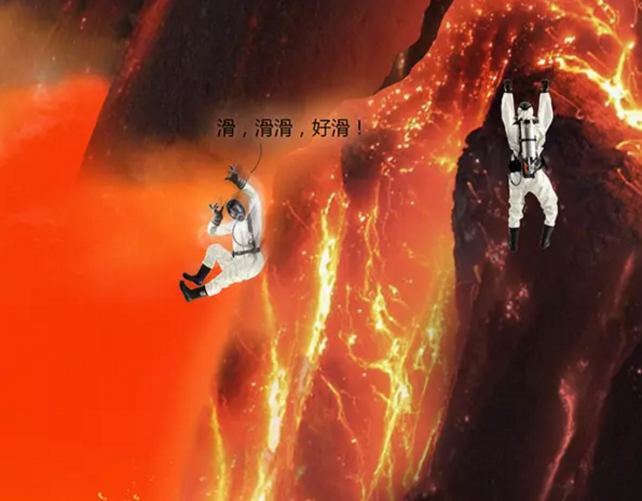 In China, a country of 695 million mobile internet users, some creative new forms of smartphone-friendly branded content have emerged. Consider a McDonald's post that spread this month among users of WeChat, the ubiquitous Chinese mobile app. The post looks nothing like a fast-food ad, and people had to read for about four minutes before finding out it had anything to do with McDonald's.

A narrow, 152-inch illustration unfurled as people scrolled down on their mobile phones. (View it here). Reminiscent of a graphic novel, it was a tale about explorers landing on a fiery volcanic planet, and it blended in educational scientific content about volcanoes. After all that scrolling came the reveal: The red hot "planet" was actually a gigantic McDonald's chicken wing. Commenters mostly enjoyed the bizarre branded twist.

Super long-form social content, with an out-of-nowhere reveal of a brand name at the end, has become commonplace in China. Typically the posts are created by online influencers -- artists, writers -- and posted on their own pages. Sometimes the stories have no clear link to the brand, and in China that doesn't matter, says Frederic Raillard, co-founder of Fred & Farid: "The only concern is, you need to deliver a story that is highly entertaining."

This form of mobile storytelling can be innovative and striking, but it doesn't show up at awards shows like the Cannes Lions Festival of Creativity because it's China-specific, and because "there is no category for that," Raillard said. He calls these posts "misdirection" content – they lead you one place and end somewhere unexpected.

In another recent example of the trend, an influencer who is focused on art, Gu Mengjie, wrote a long post about how women have been objectified by painters throughout history; in the end, he plugged Procter & Gamble skincare brand SK-II.

The team of content-makers behind the McDonald's post, Jubuqihou Co., often tell science-related stories, though not always. Their most viral branded post was a gorgeous scrolling comic book set in 1930s Shanghai about an assassin hunting for her kill. In the end, it turned out to be a Mother's Day promotion for skincare products by Pechoin, a Chinese heritage skincare brand founded in 1931. The assassin's target was the passing of time, the aging process.

That post took readers about six minutes to reach the conclusion -- Jubuqihou's illustrations come with a note about the reading time at the top. Why the length? "We wanted to explain something in a new visual form," and long pictures were a way to do that, co-founder Jian Zhu wrote in a message, noting that the team is doing shorter work too.

While the tactic has been widely embraced, there has been some debate in China's branding community about the return on investment; Li Gensheng, a PR consultant, wrote an article arguing Pechoin's post failed despite its viral success, because tens of millions of views translated to just 2,311 preorders for the brand's Mother's Day offer on an Alibaba platform. (The brand did not respond to requests to talk about the campaign.) Others disagreed, arguing it was clever brand-building.

Elijah Whaley, CMO of influencer marketing platform ParkLU, is a fan of the tactic: He sees a parallel with Chicago band OK Go's branded music video for Morton Salt, done with Ogilvy & Mather, where the brand logo and message wasn't revealed until the end.

No one is sharing or talking about banner or search engine ads, he said, "but people are sharing content that impacts them, created by artists they admire." And when it takes a long time to get to the message, "I could almost see this become a case where people want to see who the brand is at the end."