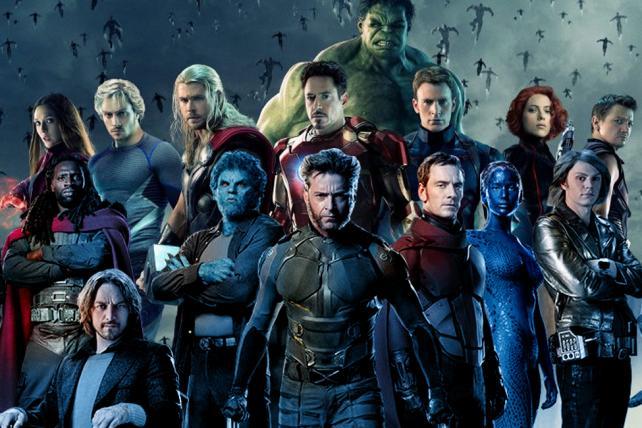 X-Men and Avengers will not appear in the same movies if Comcast gets its way
Credit:  Illustration by Ad Age. Source images: Disney, Marvel Studios, 20th Century Fox

Comcast has announced it may step in with its own bid to acquire 21st Century Fox's entertainment assets, potentially blocking a deal that Disney had already announced it had agreed to go through with to the tune of $50-plus billion.

There is one cohort in particular that stands to be the biggest loser if Comcast succeeds: Comic book fans.

Disney, of course, owns the characters that make up the Avengers and Fox owns the X-Men, two beloved franchises that have not been able to appear in the same films because of their rival owners.

Comic book fans -- at least those with Twitter accounts and spare time -- are worried they won't get their long-hoped for superhero collaborations like Deadpool and Spiderman or Hulk and Wolverine, if Comcast gets its way.

Last year, Walt Disney Co. put in a $50 billion-plus offer for Rupert Murdoch's 21st Century Fox, but Comcast has been circling with an all cash offer of closer to $60 billion.

The biggest movies of the year have come from Disney and Fox, with "Black Panther," "Avengers: Infinity War" and "Deadpool 2," combining for about $1.5 billion in the U.S. so far. Disney and Fox would control 50 percent of the box office if they joined forces. Comcast and Fox would take about 25 percent of the box office if they wind up together, which would be less than Disneys' share now, according to BTIG Research.

Fans were not happy about Comcast throwing down the Infinity Gauntlet on Disney. Some even speculated that the Marvel rights would open up in the event of a Fox sale. However, the rights stay with Fox, according to Rich Greenfield, a BTIG analyst.

Here's what the fans were saying about Comcast's Fox offer, and forget anti-trust issues, it's all about their dashed superhero dreams:

Comcast's true innovation has always been coming up with new and interesting ways to engender consumer outrage — currently, figuring out a way to scuttle the Avengers/X-Men crossover... https://t.co/ODYNBqmUML

Please don't do this. We've never been closer to having the X-Men join the MCU and if you ruin it, I'll never forgive you.

Hey @comcast.. GO AWAY! Literally no one wants you involved with the Disney-Fox merger. DO NOT TAKE THESE MARVEL PROPERTIES AWAY FROM US!

As far as the Marvel properties go, I believe the buyout would still cause them to return to Marvel as I believe the rights are non transferable. Having said that, I think I still prefer Disney to get Fox due to Comcast buyout would create the larger monopoly overall

If @comcast ruins this @Disney /@20thcenturyfox deal I will never spend another dime on anything comcast has a hand in. The X-Men and the Fantastic Four need to come home. #BoyCottcomcast

@comcast Please leave Fox and Disney alone!!!!!! You f#$king [email protected]@hole!!!!!! You guys Are being F#&King unfair!!!! You Are ruining everyone's dreams by stealing X-men from Disney/MCU!!!! X-men belongs to MCU, not to stupid cable box that you guys own!!!! Go F#*k Leave Disney!!! 😠