Shop Is First Move for Isobar, Already in Brazil, Into Spanish-Speaking Latin America
READ THIS NEXT
TikTok tactics: What to know about reaching audiences on the social media platform 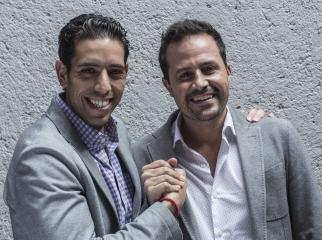 Flock was started in 2009 in Mexico City, which has a thriving independent agency sector, by CEO Sebastian Tonda and Mario Nissan. The shop has 143 staffers, and clients include Nike, Coca-Cola, Domino's Pizza, Jose Cuervo and cinema chain Cinepolis.

Before opening Flock, Mr. Tonda spent three years at Mexican media giant Grupo Televisa, as marketing director of its magazine division, and then its web properties. Before that, he worked at cinema chain Cinépolis.

Mr. Nissan, who also worked at Televisa earlier in his career, has had various roles at Flock, including consumer strategy VP, then chief operating officer, followed by chief information officer. Last year he became general manager for Flock Media and Performance, which works with technology and innovation, digital media and performance, and data and analytics.

Both Mr. Tonda and Mr. Nissan are also investors and board members at other digital and tech businesses.

The agency will be renamed Flock – linked by Isobar, and will report primarily to Julio Castellanos, CEO, Dentsu Aegis Network Mexico, and also to Abel Reis, CEO of Isobar Latin America and CEO of Dentsu Aegis Network Brasil. Isobar has a large presence in Brazil due to Dentsu's acquisition and re-branding of Mr. Reis' Sao Paulo digital shop AgenciaClick.