Inside the new products unveiled at Facebook's Global Partner Summit 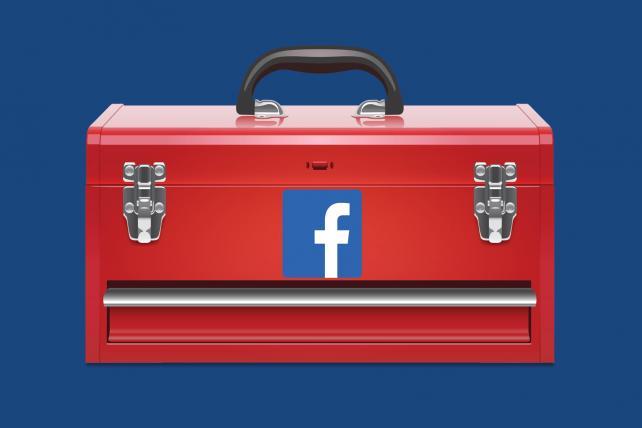 Facebook announced a slate of new initiatives for small agencies and independent consultants during its Global Partner Summit in New York on Tuesday.

The social network used the marketing summit as a jumping off point for its new partnership programs, including a new online training course for freelance consultants. Facebook also discussed a nascent and exclusive test with small agencies called Facebook Pro, which gives select marketing partners access to special services like an all-hours help messaging line.

"The whole things was very [small- and medium-sized business] focused," says Megan Beam, VP of search and social strategic partnerships at Adtaxi, discussing the summit. "Facebook is really starting to simplify the platform. It's kind of complex and they're working on making it more accessible."

Facebook says it is trying to help advertisers to use the platform and its many ad formats. Many of those advertisers are small and medium sized businesses—so-called SMBs—and they need the small agency partners and independent consultants to understand how to execute ad campaigns to help serve that growing list of small businesses. Here's how Facebook is training a new crop of experts:

"A lot of things announced today are about supporting that community so they can support that broad base of advertisers," says Gene Alston, Facebook's VP of global marketing solutions partnerships. That's why Facebook created an online training course that costs $99 for freelancers and independent consultants called Facebook Marketing Consultants.

Facebook certifies that the consultants are proficient at using its pixel and dynamic ads, which are ads that link to a business's catalog of products and automatically update depending on what's in stock and other factors.

Facebook Pro is in a limited test-run with only select partners at the moment, including Adtaxi, according to Beam. The program for small agencies is still very nascent and not all the features are finalized, but one of the benefits is a 24-hour helpline.

"There are instance where you need to reach out to resolve things quickly," Beam says. Sometimes agencies don't even need help with an ad campaign, they just need help with a client locked out of an account, and that's where a hotline to Facebook comes in handy.

Facebook has not disclosed all the agencies that are part of Pro or what the criteria are to join. There is little doubt almost any agency would want such close attention.

Walrus, a New York City agency, is not in the beta test of Pro, but said that it would be helpful to be able to access Facebook experts directly. "In a larger agency you have a dedicated sales team that calls on the agency," says Kevin Porter, media communications director at Walrus. "At our size and scale, working with Facebook is a self-managed approach, but it sounds like Pro could help fill a void."

Facebook also released a new measurement tool that can tell creative agencies how good their ads are. It's called Creative Compass and it can analyze an ad, telling the brand how it stands up in a number of areas like how well it fits the brand, how believable the ad is, how noticeable it is.

Facebook knows when the best time is for a brand to mention its name and the product. It knows when consumers tune out or stay engaged, and other important data.

Creative Compass could be particularly helpful with Stories, the vertical video format that Facebook is pushing into with all its power. Every Facebook property now has a Stories section—Facebook, Instagram, Messenger and WhatsApp—and they open opportunities for brands to run vertically oriented commercials. Facebook has said WhatsApp will start running ads in Stories next year.

Facebook is telling advertisers there will be more consumption of Stories than Facebook News Feed in the years ahead, according to Beam, so the social network has an interest in making it easier for those small and medium size businesses to embrace the format.