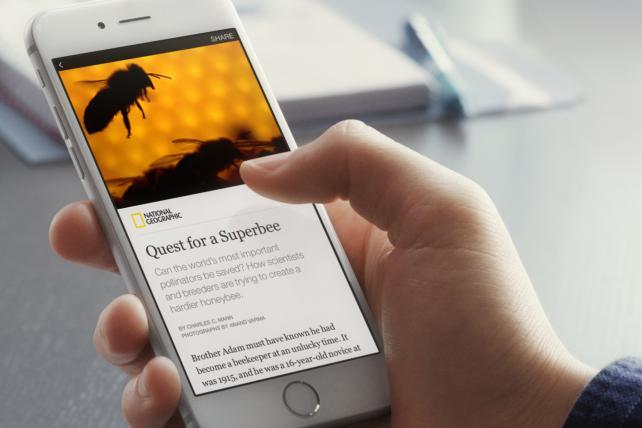 WordPress parent Automattic has built a plugin for Facebook Instant Articles that will soon allow everyone in its user base to easily post content on the social media platform's walled garden.

Instant Articles delivers content on mobile devices at blazing fast speeds. Come April 12, Facebook will open up Instant Articles to everyone, from small-time bloggers to major publishers anywhere in the world. Rather than requiring publishers to manually format each article, the plugin for WordPress users will automatically optimize stories to appear as Instant Articles. Users will essentially have to check a box, but nothing more, for content to load to Facebook as an Instant Article.

Facebook said it worked with Automattic to build the open source plugin for Instant Articles. WordPress powers many websites around the world, according to the company.

"We've worked with a small group of publishers on WordPress to beta test the plugin as a seamless way to adapt web content for the Instant Articles format, with a built-in suite of interactive tools that help stories come to life on mobile," Facebook said in a blog post Monday.

Facebook's announcement comes nearly two weeks after WordPress said it had built a similar plugin for Google's Accelerated Mobile Page initiative. AMP is Google's version of Instant Articles and Apple News, in that it serves up web content at high speeds in the company's preferred forum; while Facebook wants people staying on Facebook and Apple wants consumers to stay in its ecosystem, Google wants everyone to spend more time on the open web.

Many tech giants are ramping up their efforts in delivering content for mobile devices at much faster speeds. While consumers will surely benefit and enjoy getting faster content, some publishers are spending more money to keep track of where all their traffic is coming from.