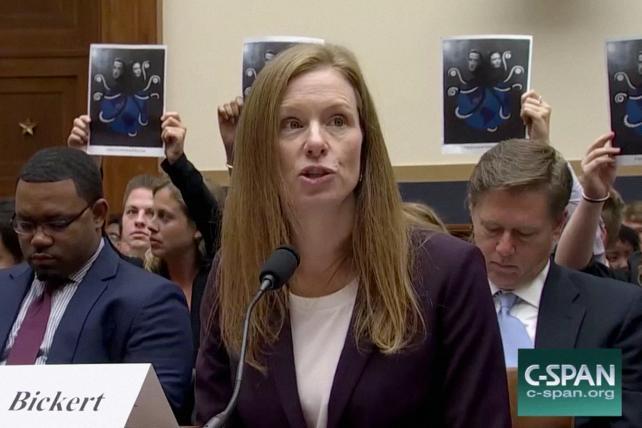 Facebook, YouTube and Twitter were back before Congress on Tuesday, this time to answer claims of bias against conservatives on their platforms, while Democrats on hand called conservative victimhood "pure fantasy."

Representatives from the three companies faced questions from the House Judiciary Committee, which already held a special hearing in April with social media personalities "Diamond and Silk," Lynette Hardaway and Rochelle Richardson, who had claimed Facebook penalized their videos because of their support for President Trump.

With fake news, fraudulent political ads and foreign interference uncovered during the 2016 election, there has been increased attention on social platforms and their public policies. But Facebook has been under pressure from the right side of the political spectrum for years, facing allegations that its News Feed algorithm and trending news services were skewed against their interests.

House members from the Democratic side of the committee claimed that with control of all three branches of the federal government, Republicans can't claim they are at a disadvantage. The left side of the political spectrum criticizes Facebook and YouTube for allowing conspiratorial media outlets like InfoWars to use their platforms.

Of all the issues to be concerned about, "alleged anti-conservative bias is simply not one of them," said Rep. Jamie Raskin, a Democrat, calling it a "conservative fantasy."

Democrats also criticized Facebook for recently hiring ex-Senator Jon Kyl, a conservative, to lead an audit of political bias on the social network.

Rep. Pramila Jayapal criticized Facebook for donating to Rep. Devin Nunes, a Republican with a starring role in the investigation of Russian interference in the 2016 election.

"We are evenhanded in how we donate," said Monika Bickert, Facebook's head of global policy management.

Republicans claim that there is a concerted effort to restrict their favorite media outlets. Besides "Diamond and Silk," Gateway Pundit was raised as an example of a conservative Facebook page suffering declines, with one congressman claiming it lost 54 percent of its traffic since 2016.

However, Facebook has been tinkering with its algorithm in ways that have impacted all news publishers. The company said it wanted to lower the amount of news in people's News Feed, favoring personal content from friends and family.

"This has hurt all news sites in terms of visitors coming to articles through Facebook as a source," says Sachin Kamdar, CEO of Parsley, which analyzes online traffic patterns. "In particular it has hurt sites that built their entire audience through the Facebook algorithm, and many of those sites have an ideological bent. However, none of the data we've reviewed indicates that this was targeted at any specific political belief."

No hearing about social media content would be complete without a debate about InfoWars, run by Alex Jones, who has called Sandy Hook victims' families "crisis actors." Mostly left-leaning voices have criticized Facebook and YouTube for not removing Jones from their sites.

Facebook and YouTube were called on to explain how they determine which accounts get permanently removed, and why Jones isn't among those banned. Both sites have a strike system, but they were vague about how those strikes ever add up to a complete ban, and there is some discretion in their policies.

"It depends on the nature of the violations," Bickert said.

While Democrats took on InfoWars, Republicans were up in arms over "Milkshakes against the Republican Party," a page with nearly 30,000 followers that has had posts removed for seeming to call for violence against Republicans. 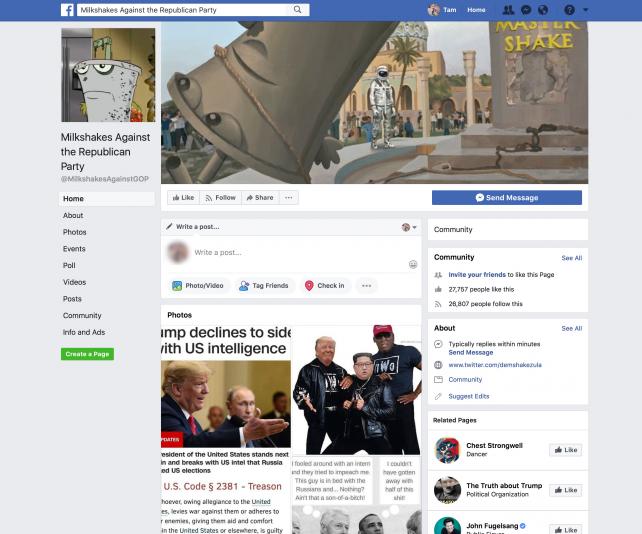 Milkshakes against the Republican Party was called out by conservative members of Congress.
Credit:
Facebook

Both Facebook's Bickert and Juniper Downs, Google's head of public policy and government relations, took on fake news. There are different sorts: There are fake headlines motivated by money, when spammers create articles to gin up views and ad dollars. That content gets removed.

Then there is news that is wrong and misleading but falls under the umbrella of free speech.

"We don't have a policy of removing fake news," Bickert said of Facebook. In those cases, Facebook will determine whether news is wrong through third-party fact checkers and point readers to more sources of information.

Neither Facebook or YouTube wanted to get into how much control they have over the online ad market; it's one of those "monopoly" questions they would rather avoid. They dodged Rep. Jim Jordan's questions about what percentage of digital advertising they sell.

Bickert said Facebook has 6 percent of the overall advertising market, but Jordan didn't ask about the total market—he asked about digital. YouTube promised to follow up with Congress on the digital ad number, too.

Here's the real answer: Google, which owns YouTube, and Facebook will combine for more than $60 billion in digital ad sales this year, or about two-thirds of the $90 billion U.S. market, according to eMarketer.