Story Studio's First Film to Premiere at Sundance This Week
READ THIS NEXT
YouTube reveals its hottest creators and brands, not including PewDiePie 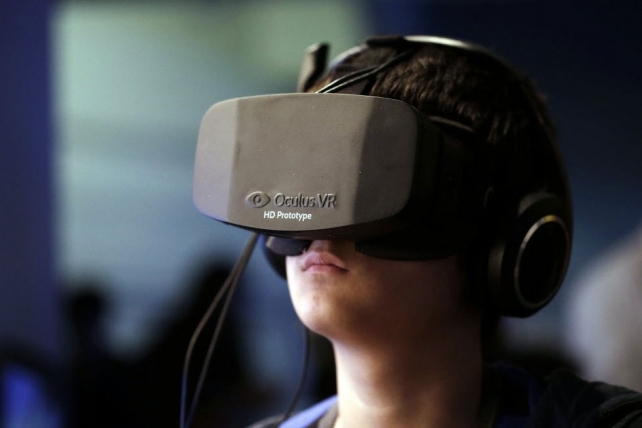 If people are going to watch movies on virtual reality headsets from Facebook's Oculus VR, someone's going to need make the movies in the first place. That someone might turn out to be Oculus.

Oculus has created a movie studio called Story Studio to produce movies that take advantage of the VR headset's ability to let people explore and interact with what they're watching, according to reports. The 10-person studio will premiere its first movie -- a five-minute film called "Lost," directed by a former Pixar animator -- at the Sundance Film Festival in Utah this week.

According to Engadget, Oculus isn't yet saying how it plans to make money from its own movies, but Oculus CEO Brendan Iribe told the tech news site that future films will only be available on Oculus devices.

It's unclear whether Story Studio means Oculus and parent company Facebook are looking to become legitimate players in the movie business, as Amazon is trying to do, or whether they are taking a page from Google's playbook and entering an industry for the primary purpose of pushing it forward, as the search giant has done with self-driving cars, smartphones and soon wireless phone plans. Oculus and Facebook could be satisfying both ambitions, but reports suggest the latter aim: to dive in so that they can tell filmmakers and audiences that the water is fine.

"How do you create content?" Mr. Iribe told The Verge. "What's the tools, the pipeline? Is it even possible to make a cinema experience that is compelling and rich? One of the goals of the Story Studio team was to prove that."

"Story Studio is designed to inspire and educate -- inspire by making awesome movies and educate by sharing our information with the community," Story Studio producer Edward Saatchi told The Wall Street Journal.