Facebook Sees Its Gen Z Audience Slipping Away to Snapchat 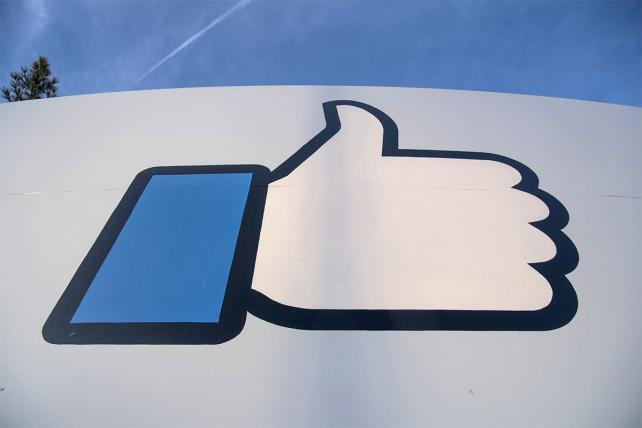 The social network is expected to shed 18-to-24-year-old users this year for the first time, according to a new report from eMarketer, which predicts a 5.6 decline for the age group on Facebook. The analytics and data firm had already predicted a decline in usage of kids younger than 18, but now sees that exodus widening.

The age group younger than 25 years old is typically considered Gen Z, while the cohort directly older are millennials.

Facebook could find some comfort in the fact that it owns the youthful Instagram, but rival Snapchat might be the new destination of choice among youth, according to eMarketer. Snapchat already has more 12- to 24-year-old users than Instagram, and is still adding more users in that age range than Instagram, eMarketer says.

This year, Instagram will add 1.6 million users younger than 24, while Snapchat will add 1.9 million, eMarketer says.

"It's not surprising based on the data I've seen," says Brian Wieser, an analyst at Pivotal Research. "Facebook has a user and usage problem, certainly, but like TV it's a 'least-bad alternative' for many marketers."

Last week, Facebook reported quarterly earnings, and revealed that the number of daily users in North America decreased for the first time, to 184 million from 185 million. Facebook also said people were spending 50 million fewer minutes a day on the platform.

The decline in usage coincided with Facebook facing up to its problems with false news, a toxic political atmosphere, and general dissatisfaction detected among its user base. At the start of the year, Facebook promised changes to its product to try to brighten the mood and foster more community pride on the social network.

Where Facebook is growing is with older audiences. People older than 65 are its fastest-growing group, according to Wieser.

That massive user base will likely insulate Facebook from any dip in younger audiences, according to Noah Mallin, head of experience, content and sponsorships at Wavemaker. "They're probably not too worried," Mallin says. "Facebook isn't just Facebook, they've got Instagram, Messenger and WhatsApp. That age group is pretty well represented."

Still, for a company like Snapchat that's confronting the Facebook empire, any gains help. The messaging and media app relies on its popularity with youth to offer advertisers an audience that is hard to reach elsewhere.

As Snapchat matures, however, it has the opposite problem to Facebook: It needs to attract older people in order to grow further. Then the cycle of young people fleeing a once-hot property could start again.

"Snapchat could eventually experience more growth in older age groups, since it's redesigning its platform to be easier to use," eMarketer's Debra Aho Williamson said in Monday's report. "The question will be whether younger users will still find Snapchat cool if more of their parents and grandparents are on it. That's the predicament Facebook is in."