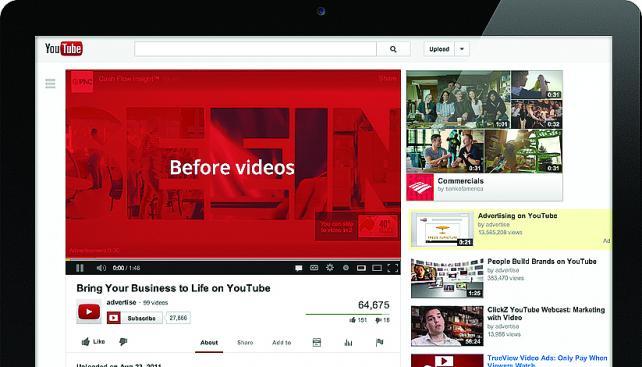 Brands want as many people to watch their video ads as possible. But they only want to pay for the people who actually watch their videos. Facebook's autoplay video ads cover the former; YouTube's skippable TrueView spots offer the latter. How's an advertiser to choose?

"You have to look at all the factors. Autoplay vs. skippable is just one thing. You have to look at targeting, cost and, most importantly, how your audiences are engaging with content," said Kevin Lange, senior VP-social media at Starcom MediaVest Group. Here's how the two stack up.

The whole point of going to YouTube is to watch videos, so visitors may be more open to watch an ad -- and listen to it. "Unlike Facebook, a user watching a YouTube clip is more likely to be consuming content with sound," said Kevin Cronin, partner-integrated investment in social and search at UM. However, people are increasingly watching videos when they visit Facebook, which now averages 3 billion video views each day.

To watch a video ad on Facebook, a person has to be logged in to his or her account. That lets advertisers target their Facebook video ads very specifically to a potential audience's age, gender, location and interests. "In terms of targeting, Facebook is still second to none in both segments and accuracy," Mr. Cronin said.

In addition to selling videos ads directly, Facebook and YouTube each offer self-serve tools, but they work in different ways. For both, an advertiser enters a budget and who it's targeting. Facebook's tool offers a fixed cost per thousand impressions and estimated impressions per day. YouTube asks the brand to enter the maximum it would pay for a completed view. YouTube then estimates the average cost per view and how many views a day. Caveat: What a brand spends may be less than its budget, depending on how many impressions Facebook can serve (even if they aren't fully watched) and how many views YouTube can deliver. Facebook's self-serve tool also sells video ads through auctions. Overall, the two products don't differ greatly in price when factoring in variables like goals and valued metrics, according to Mr. Lange.

Price and cost are not the same thing."One huge pro of YouTube's skippable TrueView ads is that advertisers are only charged when the viewer views the entire ad, resulting in a more accurate cost per view," Mr. Cronin said. Facebook charges advertisers by the view and starts counting views after a video has played for three seconds.

"With Facebook, especially with it being autoplay and three seconds considered a view, it's important to make sure the reported views are translating," Mr. Lange said. Facebook reports details like how many views lasted for 50%, 75% and 100% of the video, so that advertisers can calculate the effective cost of an autoplay ad.