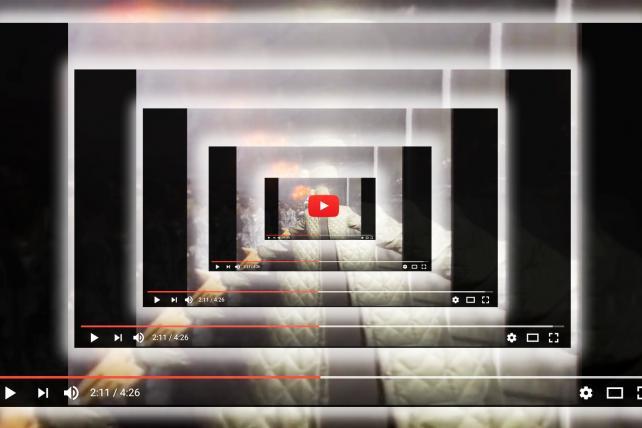 YouTube wants to sign up more websites to use its video player.
Credit: Illustration by Tam Nguyen/Ad Age

YouTube, on an aggressive push to expand its footprint in online video, is said to be offering publishers more control over their own ad inventory in order to win their business.

The site is offering major publishers who choose its backend video player the ability to control ad sales both on their sites and on YouTube, according to people familiar with the new offering.

Additionally, YouTube is offering the player and its services for free, they said.

"Google has a long history of coming in and offering publishers free tools to get into their advertising walls," said an ad technology insider.

One publisher, The Atlantic, has already made the move, and has been phasing out videos supported by Brightcove since May.

"YouTube has a best-in-class player, and even the analytics they provide are worlds above what you get in other players," said Kim Lau, The Atlantic's svp of digital and head of business development. "So we're excited about that and I think the main thing is really consolidating our video strategy."

In the past, YouTube restricted sales of ads into its video player, limiting websites' ability to sell their own inventory. The move comes as YouTube steps up its competition with third-party video players from companies such as Brightcove, Ooyala and JW Player.

The online video-player market is expected to top $1.5 billion in sales by 2021, according to a report by Frost and Sullivan. Brightcove controlled the highest share of the market with 23%, according to the 2016 report.

"YouTube wants to take over the whole video stack," said one digital publishing executive who, like the others, asked to stay anonymous. "A lot of sites already embed YouTube videos, so why not take it a step further and migrate all your videos there?"

The media executives who spoke to Ad Age also said that YouTube, which declined to comment, plans to split the ad revenues generated on publishers' sites, as well as sell ads into publishers' leftover inventory—what's known as the "longtail" of ad inventory.

The downside for some: "You have to use their ad exchange," said one publishing executive. "And on the commercial side there are limitations for big publishers."

Most websites already use Google's Double Click For Publishers.

One major benefit for YouTube would be more access to video content from trusted media partners, which could make brands feel safer when their ads are served alongside videos. YouTube has been cracking down on offensive videos and preventing ads from appearing on objectionable channels.

Google is counting on YouTube—which is expected to top $7 billion in ad revenue this year, an increase of 26%, according to eMarketer—to fend off Facebook in the digital video ad space. Facebook has been on its own push to recruit publishers to post more videos and live stream, and carry its ads off the social network. There are benefits to using YouTube, given its 1.5 billion monthly viewers; like anything done with Google, publishers expect to get more visibility on YouTube and a higher presence in search results.

Some publishers said they're guarded about relying too heavily on any one platform. "We did get approached [with the YouTube offering] but decided not to [do it]," said one media executive. "We don't need more Google on our site."

Others, however, noted that the benefits to using YouTube, which has 1.5 billion monthly viewers, includes the likely increased visibility on YouTube and a higher presence in Google search results.

Brightcove is unconcerned by YouTube's push into the marketplace, said Mike Green, Brightcove's vp marketing and business development, media, noting that while YouTube may be free to sign up, Brightcove doesn't take a split of ad revenue. Also, it's impartial, he said, helping publishers manage the distribution of video across Facebook, YouTube, Twitter and other channels.

"Plenty of premium publishers we talk to say that despite the fact YouTube is free it doesn't make sense for their business," Green said. "They recognize that the mission for video needs to be video everywhere."