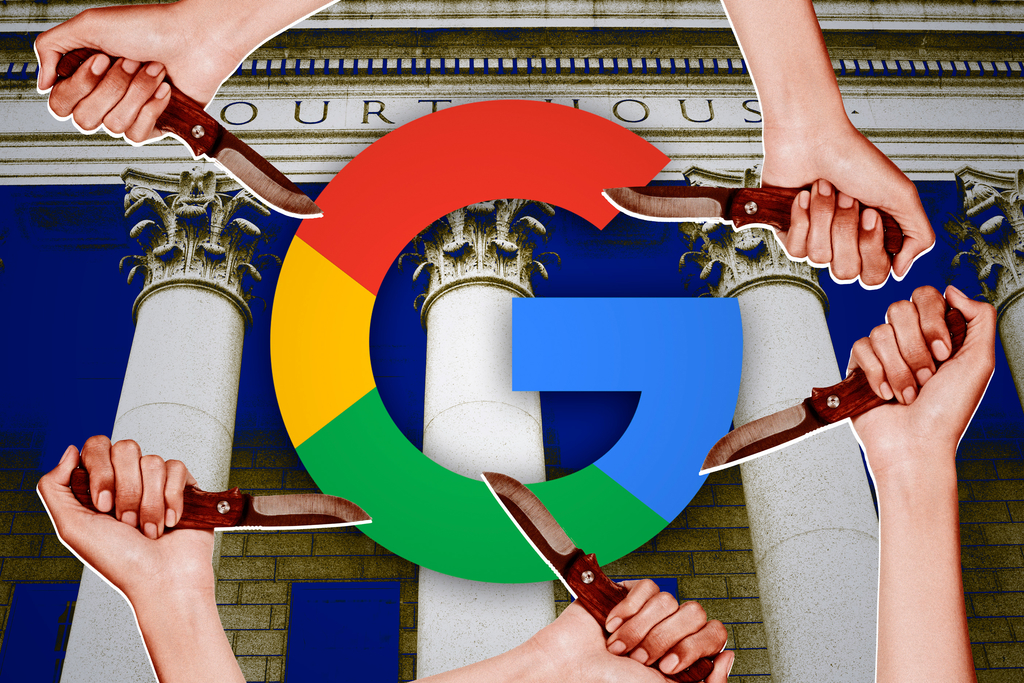 The looming U.S. antitrust investigation of Google is galvanizing as many as a dozen companies to gather their longstanding complaints about the Alphabet Inc. unit and consider bringing them to the Justice Department as the probe gets underway, according to people familiar with the matter.

Rivals and companies that depend on Google have long complained that the internet giant harms competition across markets. These companies, ranging from media to advertising-technology firms, are now assembling evidence and ready to assist the Justice Department, one person with knowledge of the matter says, declining to name the companies.

“Everybody is going to be knocking on the door,” says Barry Lynn, executive director of Open Markets Institute, which advocates for aggressive antitrust enforcement. “Everyone is going to be jostling for time with these folks.”

The U.S. government is taking the extraordinary step of opening some of the nation’s most valuable companies to antitrust scrutiny after years of a hands-off approach. The shift comes with the decision by top antitrust enforcers to divide up scrutiny of some of Silicon Valley’s best-known names, sending shares of the companies tumbling on Monday.

The House Judiciary Committee opened a separate bipartisan inquiry late Monday, with a focus on whether tech platforms are using their market power to harm competition.

The U.S. government’s parceling out of antitrust oversight puts fresh eyes on Google’s conduct after the FTC closed a 2013 investigation into the company’s practices without taking any action.

That deal was struck between Makan Delrahim, the head of Justice’s antitrust division, and Joe Simons, the FTC chairman. Because both agencies enforce U.S. antitrust laws, they often agree to such divisions of labor to avoid overlap.

Google, with a sprawling empire of businesses that could feasibly be targets, faces what could be a widespread and years-long investigation. The company is in the dark about the focus of the inquiry and hopes to learn more this week, according to another person familiar with the situation.

Google has a large or majority market share in several important industries including online advertising, internet browsers, mobile operating systems and email. The company argues the global nature of the internet means it doesn’t actually have the power that its critics say it does.

One area where U.S. investigators will likely look closely is Google’s role in the online advertising ecosystem. Google sells much of the online real estate available to advertisers, such as search ads and spots that play before YouTube videos. It also controls the system that many advertisers use to place and track ads on non-Google websites through its DoubleClick unit.

Google’s influence over the digital advertising market and its role as an intermediary between advertisers and publishers is a top complaint of media companies. Oracle is open to meeting with the Justice Department’s antitrust officials, according to a person familiar. News Corp. said in a filing to Australian competition officials earlier this year that Google uses its market power in the digital advertising technology to benefit its own businesses and harm competition.

David Chavern, president and chief executive officer of the News Media Alliance, whose membership includes News Corp., The New York Times and The Washington Post, says his group hasn’t reached out to the Justice Department, but is willing to talk to officials there.

“Publishers would be among the range of folks who are worried about Google’s dominance in the digital ad market,” says Chavern.

The Justice Department investigation, the scope of which is unclear, marks the first significant scrutiny in the U.S. of Google’s practices since the FTC investigation was closed without action six years ago. Since then, the European Union has levied billions of dollars in fines against Google over antitrust violations related to shopping searches, Android and advertising.

“The fact they haven’t opened an investigation up to this point in time is shocking,” says Maurice Stucke, a former Justice Department lawyer who is now a law professor at the University of Tennessee. “It’s almost as if there’s a killing spree and other jurisdictions are bringing charges and our jurisdiction is just sitting there."

While it’s too early to know whether the Justice Department inquiry will lead to an enforcement action, its recent track record isn’t good. The department has brought just one monopolization case since 2000, according to Stucke. By contrast, it brought an average of 13 cases per year between 1970 and 1972, according to government statistics.

Yet the Justice Department’s Delrahim has shown a willingness to take chances. In 2017, he sued to block AT&T’s planned takeover of Time Warner, a deal antitrust experts widely expected to settle because the companies weren’t direct competitors. Delrahim, however, took the unconventional approach of demanding AT&T sell assets to remedy competitive harm resulting from the merger. When AT&T balked, he sued.

The move sparked speculation it was driven by President Donald Trump’s animus toward Time Warner’s CNN, which Delrahim denied. The judge ruled in favor of the companies and the merger went ahead.

Still, Delrahim, a former lobbyist and Capitol Hill staffer, is a shrewd political navigator, according to those who know him, and he’s beginning the Google inquiry at a time when Democrats and Republicans alike are calling for tougher scrutiny of the company. That may bode badly for Google.

“The mood has changed,” Stucke says. “What you have now is bipartisan concern about Google.”