GrubHub, Wix, hope to cash in at Fortnite World Cup

More than 40 million players tried out, but only 100 get dibs at $30 million prize pool
READ THIS NEXT
A continually updated list of brands joining the Facebook ad boycott 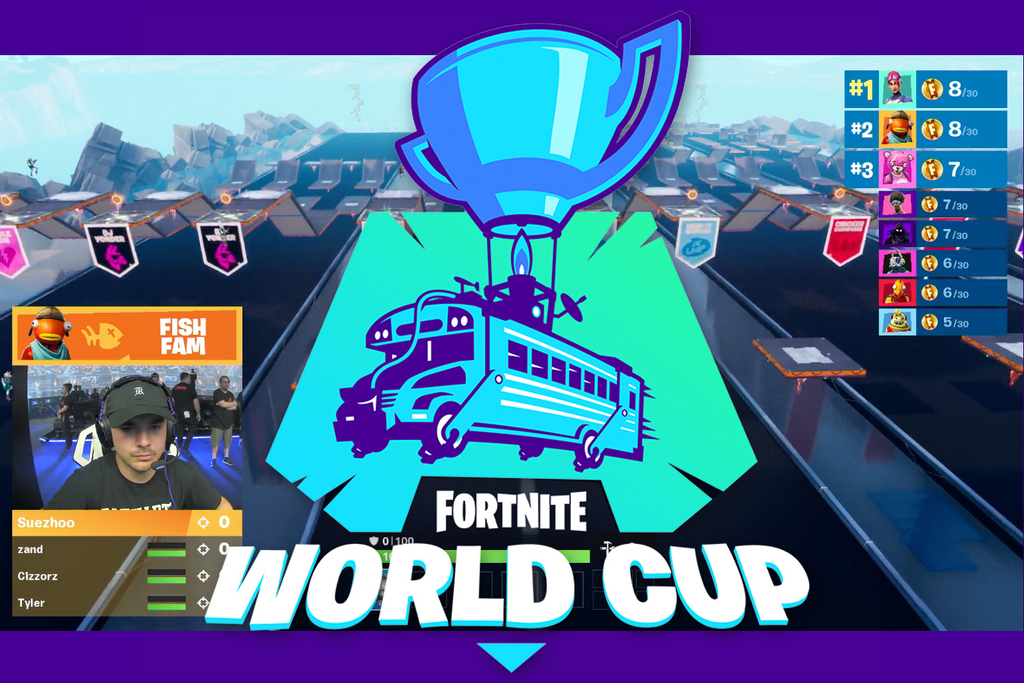 The Fortnite World Cup is offering 100 players a piece of a $30 million prize pool, with brands such as GrubHub and Wix hoping to also cash in with their first-ever sponsored teams.

More than 40 million people attempted to qualify for the event, which began today and ends Sunday, and guarantees those competing at least $50,000, with the top prize set at $3 million. The majority of players are between the ages of 12 and 16, with no one older than the age of 20. EpicGames, makers of Fortnite, are streaming the tournament through its YouTube and Twitch channels. The pregame event was trending No. 1 on YouTube Friday, drawing some 150,000 live viewers.

GrubHub sponsors two esports teams – TSM and Team Liquid – in the World Cup. It declined to reveal financial terms of the sponsorships. Perks include free food when ordered on GrubHub.

The deals are part of GrubHub's larger esports marketing strategy that includes integrations through Twitch, the Amazon-owned video game-play streaming service. The food delivery company surrounds the stream with its logo, for example. It also has streamers take and place orders on camera, as well as show the food to viewers once delivered.

Jessica Burns, VP of brand marketing at GrubHub, says esports was a perfect fit for the company because players are generally sitting at their computer either watching streams or practicing.  "They are sequestered, in a way, with their skills – delivery is part of their lives," Burns says. "When you look at a game like Fortnite, they have so many players and the impression levels are through the roof."

GrubHub also provides promo codes for free delivery, for instance, in chatrooms, which in turn allows GrubHub to measure its sponsorships, Burns says. "Cost per view and conversions are important to us," she says. "We want to drive as many new diners to our app and push them further down the funnel."

GrubHub first dipped its toe in the esports arena in 2018 and since then has greatly increased its integrations, Burns says. GrubHub is also working with YUM Brands – owners of Taco Bell, KFC and Pizza Hut – as well as EpicGames for a potential large-scale integration within the game in the near future. "This is the next frontier for us," says Burns. "What is so cool about this space is that there is so much room for how brands can integrate … But you have to do it in an authentic way to be part of the conversation."

"Esports is wildly popular, but it is under-monetized today," Maffei says. "The NFL monetizes well north of $50 a fan, but for esports, that number is closer to $3."

Wix – which provides tools to build websites and sell merchandise online – is sponsoring a Fornite World Cup team known as FaZe. Sponsoring a team brings more than just eyeballs, says Eran Gefen, VP of creative at Wix. "It's not only about their numbers, they are really heroes of the online world to the people who know them," Gefen says. "You can see their power not only as gamers, but as content creators; they know how to use social media very effectively."

"They are building online brands with a lot of talent and creativity and we think this is will give inspiration to our users to build their own brands online," he adds.

Wix will have its logo appear on FaZe's official social media channels and live streams during the Fortnite World Cup. The company declined to reveal financial terms of the sponsorship. As part of the deal, Wix is  "developing initiatives to help FaZe's online business grow with Wix tools and products," Gefen said. Wix will also help promote also FaZe on its own channels. It's also developed a website for fans to engage with FaZe.

"When you look at this crowd, it's mostly millennials and Gen Z, and they know what advertising looks like," Gefan says. "You can't shove ads to them, especially if you are doing a partnership. You need to respect them and create value to them and support something that is important to them in an organic way. This is the big leagues now."