In the past month, it’s seen 50 million signups
READ THIS NEXT
TikTok and Shopify partner to link ads and e-commerce 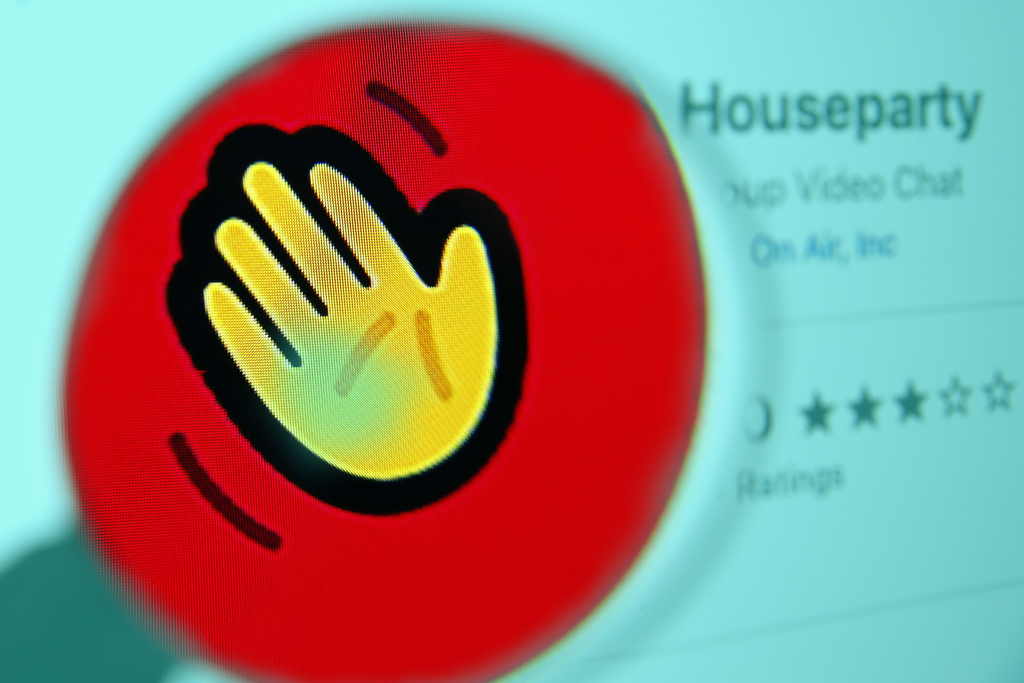 Sima Sistani has been getting through the coronavirus outbreak’s shelter-in-place order the past month in many of the same ways others have: home-schooling her 7-year-old, trading off parenting shifts with her husband, and jumping from room to room to find a quiet space for phone calls. “I’m basically in whatever room my kids are not in,” she says.

But Sistani’s work life has been dramatically changed in one way that’s unique: as co-founder and CEO of video-chat app Houseparty, which has surged in popularity since early March, she’s suddenly leading a company that has evolved from a low-pressure way to chat with friends to a legitimate lifeline for those unexpectedly stuck indoors.

“I used to always tell people, like, ‘Hey, we’re not curing cancer here,’” Sistani says in an interview—conducted over Houseparty—from her home in San Francisco this week. “This is the first time where I feel like, wow, we have such a responsibility and an obligation right now to maintain this service because people need it. It’s critical for them right now.”

Alongside Zoom, Houseparty may be the product that most defines the current moment, when some 300 million Americans have been urged to stay home to help mitigate the spread of COVID-19. At its core, Houseparty’s free mobile and desktop apps let people video chat with friends or family, similar to Zoom or Apple FaceTime. But Houseparty, which has previously been popular mainly with teens, builds in a slew of other features meant to encourage interaction, including the ability to remotely play games like trivia or “Heads Up,” or to jump into ongoing conversations your friends are already having in the app.

In the past month, Houseparty has seen 50 million signups, says Sistani, which she estimates is about 70 times the app’s typical amount in some markets. The company doesn’t disclose total user numbers, but it has been the most-downloaded social networking app in Apple’s U.S. App Store every day since March 20—ahead of Facebook’s trio of Facebook, Messenger and WhatsApp—and it was the second-most downloaded app of any category over Easter weekend behind only Zoom, according to App Annie. (“Zoom by day, Houseparty by night,” Sistani jokes.)

To many now stuck at home, Houseparty’s rise may have come out of nowhere. But the app has been around for almost four years, and last June was acquired by Epic Games, maker of the blockbuster video game Fortnite, after raising more than $70 million in venture capital. In a fundraising round in late 2016, investors valued Houseparty at around $150 million, according to Pitchbook.

At the time of the acquisition, the two companies talked about a shared vision of enabling more live interaction, an increasingly prevalent goal in the gaming industry. Connecting people is Houseparty’s ultimate mission, and Sistani likes to talk about creating “empathy” online, and fixing what she considers to be a rising “loneliness epidemic.” But while she admits Houseparty is a social network, Sistani considers her business far different from social media—where users post to an audience without necessarily interacting, and where people mindlessly scroll through the feed to kill time. A sticker on Sistani’s phone reads: “Social media seriously harms your mental health.”

Instead, Sistani sees Houseparty as a more intimate alternative to those feeds, but also to intrusive phone calls that can interrupt real life or come at unexpected times. When people are logged into Houseparty, others can see they’re available and around to chat, and then pop in to say hello. “I think that’s what the promise of social networks was supposed to be,” she says. Even Facebook, the company that created the never-ending feed, seems to agree: CEO Mark Zuckerberg has been pushing the company more toward intimate products like messaging and groups in recent years.

Since the COVID-19 outbreak started requiring people to stay at home in early March, Sistani says she’s seen the app used for everything from happy hours and fitness sessions to engagements and gender reveals—something she did through the app herself three years ago, before the birth of her daughter. “I just think any kind of activity that would usually be in person with your loved ones, people are moving to Houseparty,” she says.

Sistani’s disdain for social media carries over to Houseparty’s business, too, and helps explain why the company has sworn off ads as a potential revenue source. Instead it’s looking at offering in-app purchases, though that business is still nascent. Sistani says making money is far lower on her priority list than simply keeping the app functional. “It’s not about capitalizing on this moment. That is not how we’re thinking about it at all,” she says, adding that being part of Epic Games helps from a financial standpoint. The year before it acquired Houseparty, the gaming juggernaut generated $3 billion in profit, according to TechCrunch.

Before it became Houseparty, the startup behind the app was known for another video product—Meerkat, a livestreaming app where anyone could broadcast a video feed directly from a smartphone. Meerkat was the 2015 breakout hit at tech and media conference South by Southwest, the same conference where Twitter first attracted attention in 2007.

But less than six months after the conference, and three months after using the SXSW hype to raise $14 million, Meerkat’s then-CEO Ben Rubin told his board that the company needed to change course. The startup quickly realized that livestreaming to a group of followers was the kind of thing that celebrities and media organizations did well, but wasn’t easy for regular people. “When we kept looking at why Meerkat wasn’t working, we kept saying it’s theater, it’s performant,” Sistani, who took over as CEO in early 2019, said on a podcast in 2018.

So the company did what many Silicon Valley tech companies must do at some point: It pivoted, changing focus from a one-to-many broadcast platform to a video-chat service for close friends. The mission was, “Let’s be the most human way to connect when you’re not physically together,” Sistani, who was chief operating officer at the time of the change, recalls.

Like other products that have recently been thrust into the spotlight—most notably Zoom, which went from 10 million daily users in December to 200 million this month—Houseparty’s dramatic rise on the App Store charts hasn’t been flawless. “It’s been a crunch,” Sistani says. The increased usage has been a strain on Houseparty’s technical infrastructure, forcing the company, which has around 100 full-time employees, to cut access to some of its non-essential features just to make sure the app doesn’t crash.

Then there were the allegations, made online by numerous Twitter accounts, that Houseparty had been hacked, and that downloading the app had resulted in some users losing control of other accounts where they presumably used the same password, like Spotify.

Houseparty quickly denied there was any breach, but the accusations were widespread enough that Houseparty sent its own tweet offering a $1 million bounty to anyone with information about where the hack rumors started.

“We are investigating indications that the recent hacking rumors were spread by a paid commercial smear campaign to harm Houseparty,” the company said, though the statement and payment offer drew even more attention to the rumors. Sistani declines to elaborate further, citing legal limitations on what she can discuss. “We don’t know what happened and we’re still investigating it,” she adds.

Sistani also is waiting to find out what awaits Houseparty after people return to work and school. “Being in person with someone is still better than anything that we can provide,” she admits, though she hopes that people will emerge more connected after the outbreak than they were before. Hopefully, she says, “Houseparty would have a role in that new more connected, empathetic future.”