Donald Trump, Kendall Jenner and the Long Road to 'Sorry'

Superimposing, on a T-shirt, one's face over a dead person's is a generally unwise move. It's even more so when that deceased individual is as beloved as either Notorious B.I.G. or Tupac Shakur.

And yet, Kylie and Kendall Jenner slapped their mugs on photos of the iconic rappers in a stunningly tone deaf move this week, drawing a barrage of criticism from the families of the deceased, as well as social-media pundits. 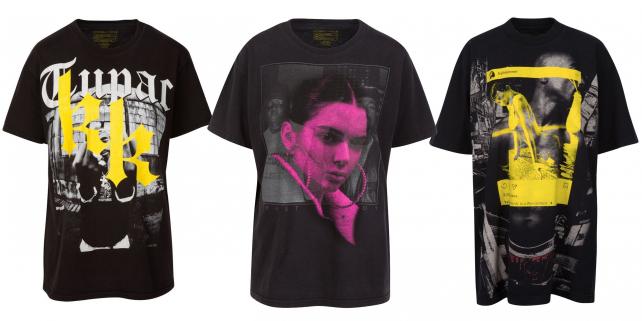 Kendall and Kylie Jenner exploiting very important culture yet again for their own benefit. You are the downfall of your generation.

That backlash came the same day President Donald Trump remarked on Twitter that "Morning Joe" co-host Mika Brzezinski had been "bleeding badly from a face-lift" at a 2015 social gathering.

...to Mar-a-Lago 3 nights in a row around New Year's Eve, and insisted on joining me. She was bleeding badly from a face-lift. I said no!

A remorse-free Trump sent his talking heads on news networks to champion his punch-back mentality. White House deputy press secretary Sarah Huckabee Sanders defended the president's face-lift comments, saying, "Look, the American people elected a fighter. They didn't elect somebody to sit back and do nothing."

When Trump gets punched, he punches back "ten times harder," his wife Melania said last April. (Ever the multitasker, Melania was also last seen preparing a campaign against cyber-bullying.)

The Jenner sisters, however, issued an apology — their first of the year, despite spending a good portion of their spring fighting off various PR fiascos: the Pepsi ad, promoting the phony Fyre Festival, a personal sex-life post going public.

Kylie took to Twitter to issue a statement on the T-shirt incident, noting that she and her sister "deeply apologize to anyone that has been upset and/or offended, especially to the families of the artists."

This was a departure, though: where the Jenners generally ignore controversy, Trump dives in head-first. His go-to move is criticizing the media for spinning his words, and the result is an endless news cycle of verbal punches. (Will it ever end? Please, let it end.)

But apologies are also rare from the Jenners. And so, the numbers are in and it's official: With a total of one apology in 2017, the Jenner sisters are more contrite than the president of the United States.

Here's a side-by-side look at how they handle crises:

James Comey better hope that there are no "tapes" of our conversations before he starts leaking to the press!

Controversial move: Kendall Jenner appears in tone-deaf Pepsi ad
Non-apology: Jenner never made a public statement about the ad. In the commercial, which was quickly taken down, Jenner solves U.S. race relations by giving an officer a can of Pepsi.

If only Daddy would have known about the power of #Pepsi. pic.twitter.com/FA6JPrY72V

Fake News CNN is looking at big management changes now that they got caught falsely pushing their phony Russian stories. Ratings way down!

So they caught Fake News CNN cold, but what about NBC, CBS & ABC? What about the failing @nytimes & @washingtonpost? They are all Fake News!

Controversial move: Kendall was heavily criticized on social media this spring when she posted an Instagram promoting the Fyre Festival, a luxury event-turned-disaster.
Non-apology: The 21-year-old supermodel responded by staying quiet, ignoring the noise and posting online a topless selfie. 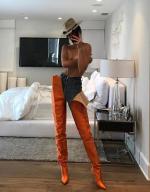